“And so, her name at the top left-hand side of the envelop; under it, the address of her prison” – Joseph Andras

Letters with Wings is an initiative of NI-based poets, Viviana Fiorentino, Nandi Jola, Maria McManus and Csilla Toldy, with patron Paula Meehan. It started as an initiative for Poetry Day Ireland. As we felt the pressure and mental strain of being locked down due to the pandemic, we discovered an emotional bond with those artists who are kept in prisons all over the world for speaking out and fighting for human rights.

We, in the “free” west take the freedom of speech for granted. The Universal Declaration of Human Rights was proclaimed by the United Nations General Assembly on 10 December 1948, yet still, in our present world, only a few are granted unconditional right of movement, while most are excluded from this privilege, or undergo immobilisation. A major proportion of the British public does not accept this human right, which was the cause of Brexit. Now, that the whole world had to suffer immobilisation, we felt that people would be more open and more sympathetic to the suffering of those who are imprisoned by dictatorships because of their belief, their activism, a desire to make a difference with their art, for speaking out. The parallels are clear.

So, on 30th April, Poetry Day Ireland we asked the public on Twitter and Facebook to engage with the stories of artists listed on our page, and write and post a poetic letter of solidarity. The day was immensely successful. We had 8189 people visiting/interacting with the pages, letters from all over the world were written to 27 artists who are imprisoned in China, Egypt, Eritrea, Iran, Kazakhstan, Mexico, Saudi Arabia, Syria, Turkey, Tunisia, Uganda. 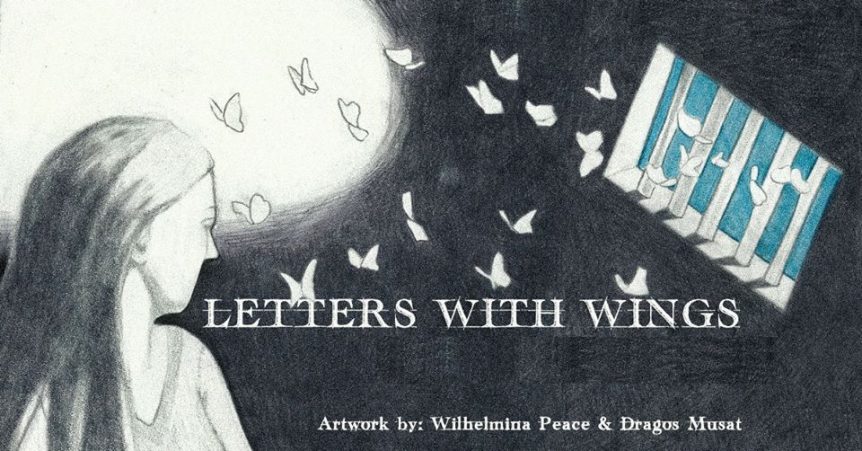 And now a total of 727 letters need to be printed and sent and we are still seeking donations to realise this dream.

To donate go to link below 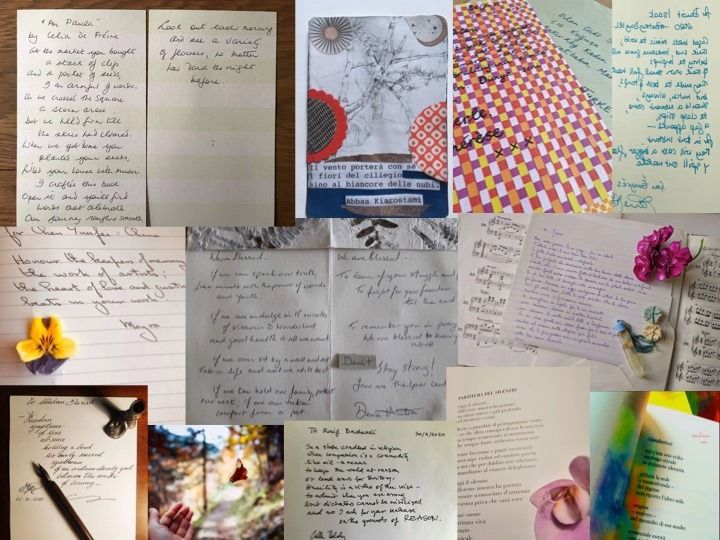 On 26th June 2020, the day dedicated to Victims of Torture by then UN, we organised an online Poetry Reading and open mic event to raise awareness for the freedom of speech and artists in prison, but also to raise funds to be able to print and send the letters. Esteemed poets took part, (Moyra Donaldson, Celia de Fréine, Catherine Dunne, Lia Mills, Bernadette Gallagher, Dennis Stokes to mention a few.) Some were members of Freedom to Right campaign and others, who joined us from different countries in Europe as well as overseas. It was a truly international event, and some readers read in the original language, in Irish, English, Italian, Greek, Kurdish, Spanish, French, Polish. But also the public who attended the event was from all over the world: Belgium Belize, Brazil, Canada, France Germany, Greece, Ireland, Italy, Spain, Netherlands, Russia, Switzerland, United Kingdom, United States.

It was a poignant synchronicity that the reading coincided with the anniversary of the death of Veronica Guerin, the Irish investigative journalist killed for her work.

This moving tribute to the freedom of speech is still available to view on our facebook page here: https://www.facebook.com/WingsLetters/videos/303518820822450

You can explore the page and find information about the artists, many of them award winners in the West. Many of these were tortured, given a 1000 lashes, and they live under terrible conditions. Some died on hunger strike, fighting for justice and more human conditions.

We don’t wall in our imagination – on the list there are also artists who lost their lives while in prison. Still, we believe poetry will reach them because ‘Letters are winged now’ (Freda Laughton) wherever they are, where we are.