Alan Phelan’s exhibition “Echoes are always more muted” is part of an expanded series of exhibitions that encompass his continuing research into the intersections of history, sexuality, material culture and politics which have evolved through sculpture, participatory events, and photography.

The genesis of this new body of work is the photographic process invented by John Joly (1890s) that created colour via a red, green and blue screen to create the full colour spectrum. The two-layer photograph consists of the striped colour screen and black & white sheet film, which also creates a unique colour shift upon viewing. 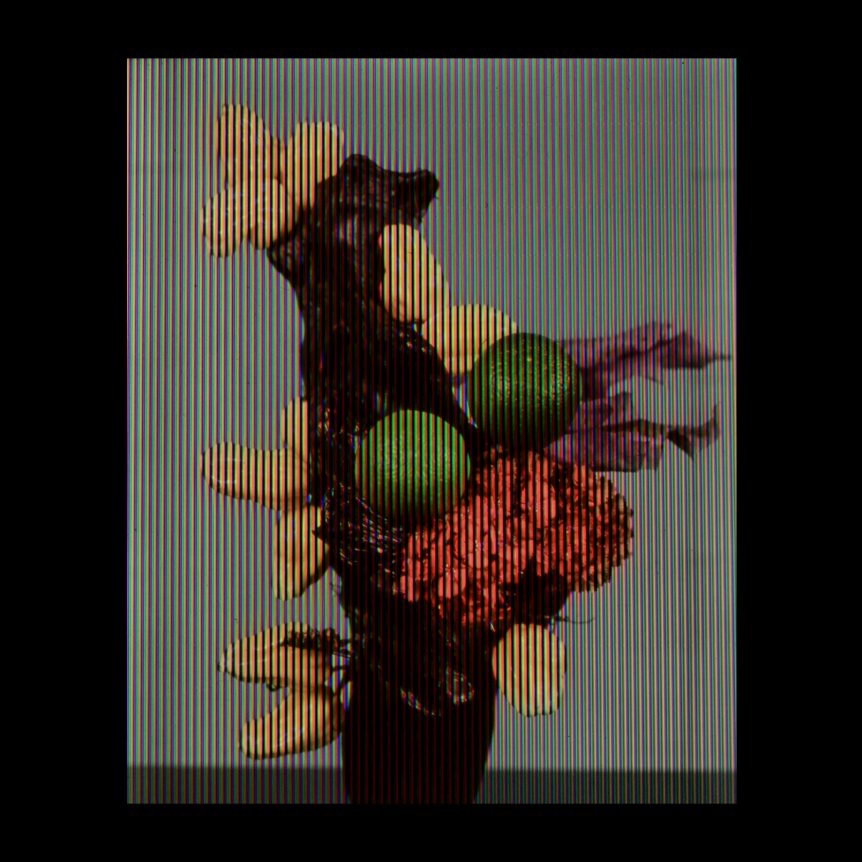 The process was used into the early 20thCentury and abandoned for colour without stripes. John Joly, the inventor of the process, provides the biographical background to the 15-minute film “Folly & Diction” (2020). Instead of a detailed documentary, the music video format provides the structure with a narrative taken from a Samuel Beckett short story and narration in the form of song lyrics, culled from a poem by Jean Genet.

The video tells an oblique story of loss, a forgotten history, and a failed relationship with his collaborator Henry Dixon. It brings Joly’s photographic process into a contemporary sphere with audio responsive animated stripes that pulse to the music and crude video layering that draws on multiple music video tropes.