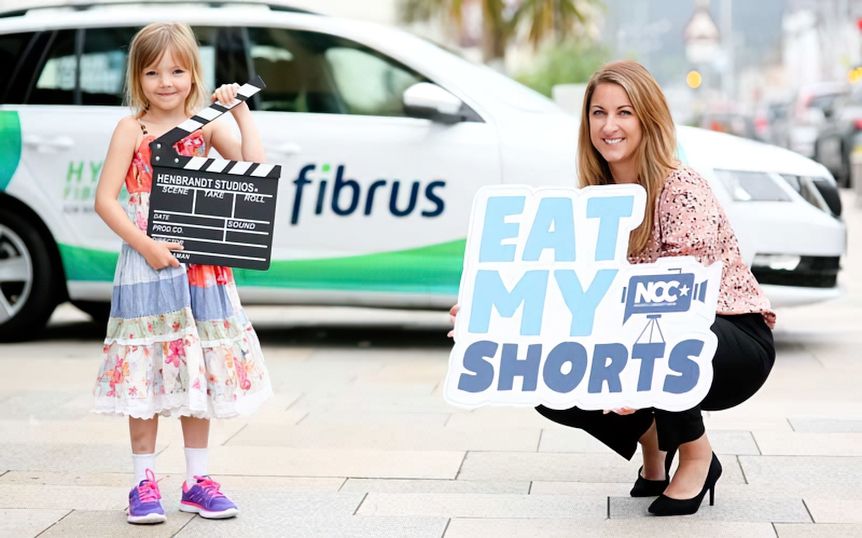 Win £300 worth of vouchers for movie-making kit.

NCC has been at the forefront of delivering a rich programme of films and documentaries to the movie lovers of South Down for over 10 years now, and as lockdown precautions ease, the volunteer-run charity is readying itself to open its doors once more. As a special part of NCC’s return to screening, we are launching an exciting competition – a short-film making challenge called “EAT MY SHORTS”.

Running from now until the winner is announced at the 7th annual Full Moon Film Festival in November, this is a chance for all budding filmmakers and content creators to flex their movie-making muscles, and submit a 2 minute long mini film.

We are delighted that Fibrus, the company bringing Hyperfast Full Fibre Broadband to rural Northern Ireland, is sponsoring both the Eat My Shorts Film Competition and the seventh annual Full Moon Film Festival.

The only stipulations for the competition are that the entries all comply with the BBFC “U” / “Universal” rating for content, and that they do not go over the 2 minute mark. Other than that, the sky is the limit: any genre – action, comedy, musical, documentary; any medium – live-action, animation, stop-motion; and any subject.

The judge’s panel includes Castlewellan-born actor, Niamh McGrady, local filmmaker and director of Bravery Under Fire, Campbell Miller, Film Hub NI Staff and Ulster University Film Lecturer, Dr Jennie Carlsten, Maria Brennan, a representative from access>CINEMA, and a NCC committee member.
The judges will be looking at the quality of the movie’s idea, the creativity in how the idea is brought to the screen and how well it has been executed.

With the likes of TikTok and YouTube seeing record numbers of clips posted during lockdown, this is the ideal competition for those who love making mini-movies.

The shortlist of five mini movies will be announced in late October and posted on NCC’s website for all to see. The winners will be announced at a special screening of all 5 shorts at NCC’s seventh annual Full Moon Film Festival in November.

The competition is open to people in Northern Ireland and the republic of Ireland only. Full terms & conditions for submitting an entry to EAT MY SHORTS can be found at www.newcastlecinema.org/eatmyshorts

All entries must be registered and uploaded before 6pm on 25 September.