Choreographed by Jennifer Rooney (whose stage credits include Once, Good Vibrations and Teenage Kicks) with new music from internationally acclaimed composer Elaine Agnew, the text for Turnabout was inspired by stories of hope created by Belfast primary school pupils at workshops by poet Olive Broderick.

“The title, ‘Turnabout’, suggests movement and change which can be physical, emotional or mental. We look at times when we have lost hope and how we responded to that in our lives and how, keeping hopeful hearts and sharing our hope, it can be restored. It also suggests how we take turns to hold hope and can pass it on to others, which is especially relevant to us all at the moment..”

Turnabout has been made from the outset as a socially distanced piece, so the performers will be masked and will stay two metres apart in separate three metre squares throughout the filmed show.

In conjunction with the show, an online programme of movement, music and writing workshops on the themes of hope will be offered by Maiden Voyage Dance to primary schools and groups across Northern Ireland from 8 March until the end of April. An audio described version of the final filmed piece will also be available.

“Maiden Voyage excels in creating vibrant new work that engages and excites young audiences and their adults alike. With ‘Turnabout’ they show the magic potential of dance: exploring hope in a seemingly hopeless time, and togetherness in a world of social distancing and mask-wearing. The coming together of words, music and movement in this piece is very inspiring, and the array of talent is thrilling. It promises to be a celebration of the very best of human creativity and collaboration which will give us all hope for the future. The Arts Council is proud to support this wonderful new project from Maiden Voyage Dance.”

Free screenings of ‘Turnabout’ by Maiden Voyage Dance will be available online and on demand as part of Belfast Children’s Festival from 6 to 14 March. Book your places now at www.youngatart.co.uk/festival 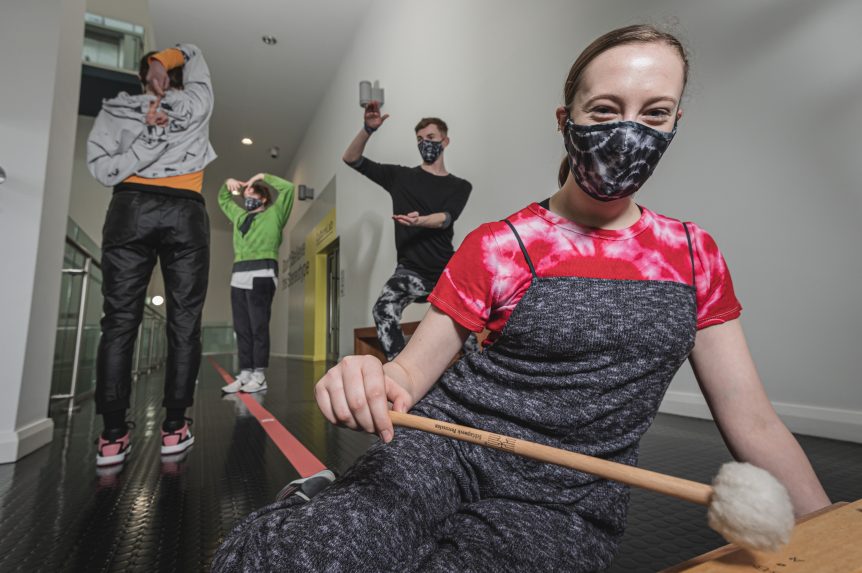 Text based on a piece ‘all our stories are stories of hope’ compiled by poet Olive Broderick, drawn from stories of hope created by St Joseph’s PS P7, St Kieran’s PS P6 and Rathcoole PS P6&P7 during workshops facilitated by her in late 2020.

Maiden Voyage Dance has been leading the way in contemporary dance in Northern Ireland for 19 years as an artist-led commissioning company. The company offers discoveries in dance with, by and for artists, audiences and participants and have created 23 Maiden Belfast full length/mixed bill productions, 9 Dance Exposed short works for public space and 3 Off Spring new works for young and family audiences with local, national and international choreographers and collaborators. Established in Belfast in 2002 by Artistic Director Nicola Curry. Commissioning, producing and touring of new work is at the heart of the artistic programme alongside provision of professional development for professionals and creative learning and engagement opportunities for those new to dance.