Home » News, Poetry and Spoken Word, The Monthly » Axis Mundi – A Video Poem By Csilla Toldy Based on her poem “My Head is the Earth” 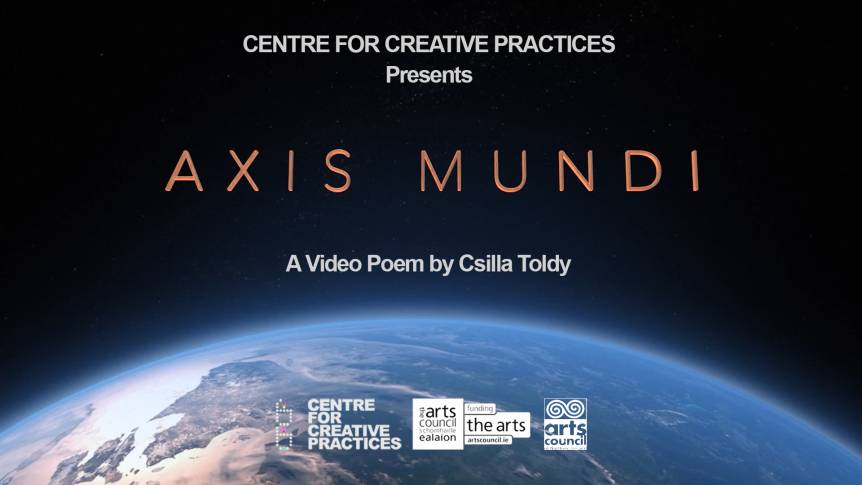 Based on her poem “My Head is the Earth”, written originally in Hungarian, she asked translators from all over the world to translate and recite her poem in their own language. On Spring Equinox, they filmed in Rostrevor Meadow from sunrise to sunset every hour in a 360-degree circle and the Cooley Mountain along Carlingford Lough.

The video can be seen at the link below.

The aim was to create an eco-video-poem raising awareness for environmental pollution and the simple beauty of the landscape we inhabit. The film starts at sunrise at 6.27 am, and as the day progresses, we go through the time zones starting from GMT, around the globe, with the recitals of the poem in different languages corresponding. The combination of the footage and various languages represents the diversity of the planet and in Ireland and the interconnectedness of humans, and our dependency on nature.