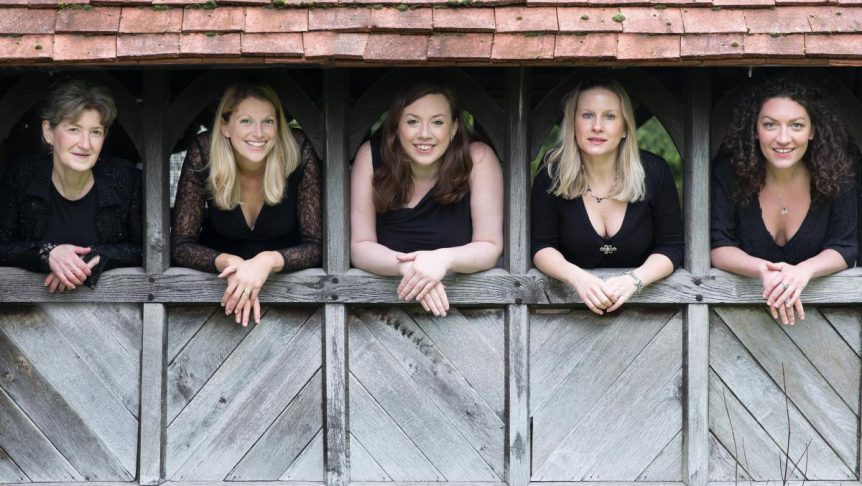 Papagena – no props, microphones or gimmicks, just five stunning female voices whose members have worked with the UK’s leading ensembles including The Sixteen and Tenebrae. Weaving together classical music, medieval chants, folk and contemporary ballads and new commissions from around the world, Papagena’s refreshing programming defies pigeonholing. The group has performed throughout the UK, broadcast on BBC Radio 3 and 4 and Scala Radio, and since 2017 has released three albums: Nuns and Roses; The Darkest Midnight (SOMM Recordings); and Hush! (SOMM Recordings).

Papagena’s programme ranges from 12th century abbess Hildegard of Bingen to Imogen Heap, from Russian Orthodox hymnody and lilting Celtic ballads to Norwegian lullabies. Throw into the mix Purcell, Scarlatti, Ravel, contemporary folk, a comedic new commission and the group’s cover of Sweet Child of Mine and you have Nuns and Roses, something for everyone!

This concert is kindly sponsored by the Arts Council of Northern Ireland.