Home » Antrim and Newtownabbey, Events » The life and legacy of Lilian Bland – 14 Sept to 1 Oct

An art exhibition inspired by the life and legacy of Lilian Bland, the first woman in the world to design, build and fly her own biplane, will take place at Theatre at The Mill in Newtownabbey from 14 September to 1 October.

Actor, director and filmmaker Carol Moore has worked with Kabosh to coordinate the Creative Heritage Project with two groups of women based in the Barron Hall,Glengormley. 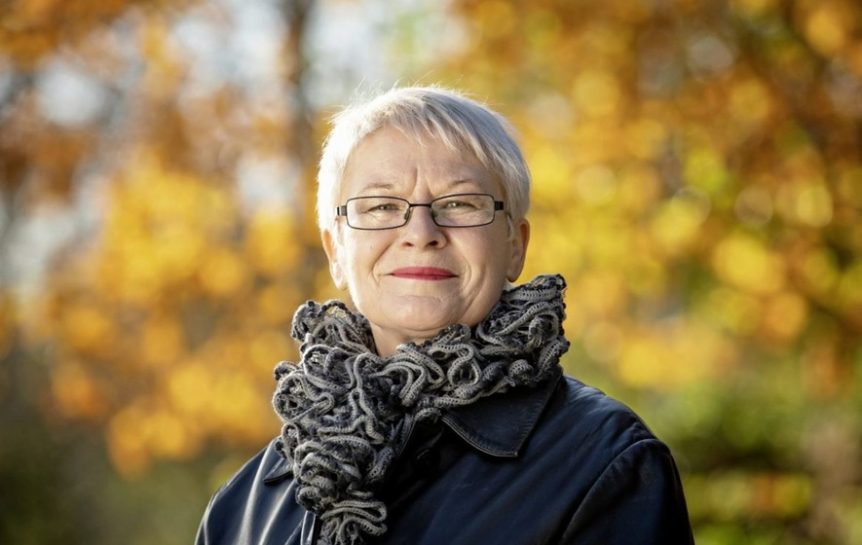 Carol says that although she grew up just four streets from where Lilian Bland designed and built her biplane ‘the Mayfly’ in Newtownabbey, she didn’t really know much about the pioneering aviator until she read a newspaper article about her:

“During lockdown I started researching Lilian Bland and writing a one-woman play about her. I discovered that she had a fascinating life story. Lilian firmly rejected the established Edwardian society conventions for women, resolving instead to follow her interests which included journalism, press and wildlife photography, travel, horse and bike riding, shooting, painting, selling cars and of course, aviation.

In proving many people wrong when they said that no woman could build an aeroplane, Lilian Bland is an inspirational role model whose name deserves to be celebrated locally, nationally and internationally.”

Lilian drew her designs for her biplane at Tobercorran House, a short walk from the Barron Hall and flew her prototype glider off Carnmoney Hill. Carol and visual artist Anna O’Kane worked with two groups of women from Barron Hall to explore Lilian’s life and work and have created collages and a series of biplanes, all of which will feature in the forthcoming exhibition.

The project was funded through the Community Heritage Fund, which The National Lottery Heritage Fund delivered on behalf of the Department for Communities.

“We’re grateful to the Department for Communities for providing this funding and we’re delighted to fund a diverse range of projects which will make a huge impact on many communities across Northern Ireland.

Throughout the pandemic, our local heritage became more important than ever and through projects like this, people will have the opportunity to get to know their local history that bit better.

This new exhibition is a great way for people to learn about the fascinating life and legacy of Lilian Bland and I’d encourage everyone to visit the exhibition whilst it’s open.”

“Our ladies really enjoyed hearing and creating artwork about Lilian Bland – aviator, artist, mother, photographer and so much more. It’s important that we remember women like Lilian and celebrate her wonderful achievements.

It makes me so proud to see the hard work and creativity everyone put into this project and to know that there are still great women in Glengormley following in the footsteps of a lady born to be an inspiration to many for generations to come.”

Lilian Bland was the first woman in Ireland to design, build and fly her biplane on August 31st, 1910. From a wealthy, Anglo-Irish family, Lilian actively turned her back on the social mores of the Edwardian era and in 1900 moved from Kent to live with her Aunt Sarah at Tobarcooran House, Carnmoney. Already a professional photographer and press journalist, it was when photographing birds that she became curious about flight. Her aunt’s gardener, Joe Blain, would help Lilian with all her plane trials, both on Carnmoney Hill and Lord O’Neil’s estate, where she flew the Mayfly on the 31st August, 1910. For further information, visit www.lilianbland.ie

Carol is from Newtownabbey but now lives in Bangor. She has worked as an actor, director & filmmaker since the 80’s and was a co-founder of Charabanc Theatre Company. She is currently writing a book about the history of the company.

Carol’s one-woman play The Experience of Being explores issues around ageism and women’s invisibility. Directed by Patrick J. O’Reilly, music score by Conor Mitchell and saxophone by Kevin Lawless, premiered at the Baby Grand, Grand Opera House in May, 2019. Other acting theatre credits include: Lovers, Macbeth, Pentecost & Can’t Forget About You (Lyric Theatre); Over the Threshold (Big Telly), Those You Pass on the Street, Belfast by Moonlight, Titans, 1 in 5, Two Roads West, Henry & Harriet (Kabosh). Film/TV credits include Nowhere Special, Marcella, Mother’s Day, The Lodge and The Truth Commissioner.

Carol’s film directing career includes the feature, Pumpgirl by Abbie Spallen, the short film Gort an gCnámh (Best First Time Director at the Celtic Film Festival & Foyle Film Festival). As a NESTA fellow, Carol directed/produced a number of shorts about cultural diversity in the north, including The Farther, The Dearer, This Belfast Thing, Crack the Pavement. History Unfinished was the Northern Ireland regional winner of the BAFTA 60 SEC 2008).

For further information on Kabosh and its work, visit www.kabosh.net