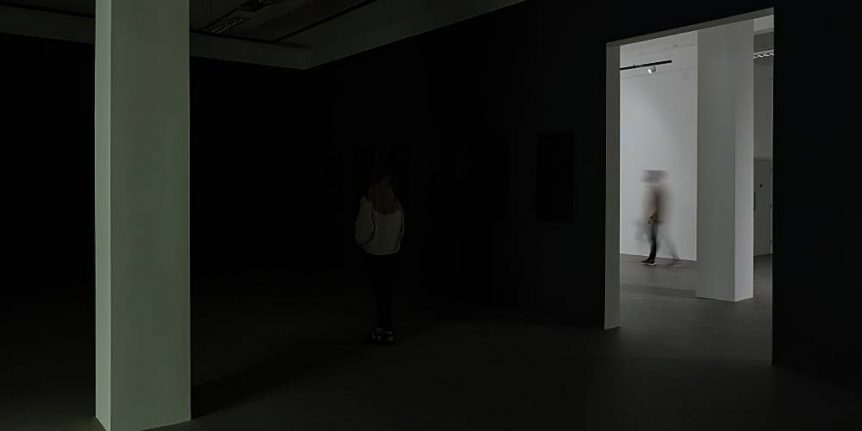 Join us for a special late night opening on Saturday 23 October, as we welcome Kelly Quigley and Majella Biernat to Void Gallery. Kelly and Majella will respond to our current exhibition Beating a Retreat, Cevdet Erek through dance.

They will create an instantaneous composition in relation to the sound score in the exhibition, with the intention of ‘finding space’ from various perspectives such as architecturally or melodically to contrast with the density of the sound. Our opening hours will be extended until 8pm.

Kelly Quigley graduated in 2009 with a first class honours degree in Dance from University of Ulster. She became an ensemble member of Echo Echo Dance Theatre Company the same year and has been teaching, directing, choreographing, performing and writing ever since. Kelly performs regularly locally, nationally and internationally with her own work and as part of the Echo Echo ensemble, including places such as Hong Kong, Russia and Sweden. She also runs Echo Echo’s Body Wisdom group who perform regularly in the local performing arts scene. Kelly has been developing her movement improvisation skills under Steve Batts for last 12 years as part of Echo Echo. She has also worked with renowned dance artists such as Leilani Weiss, Angelica Doniy, Alexandra Soshnikova and Sergei Golovnya.
Majella Binerat has been a member of the Body Wisdom group, at Echo Echo studios for 8 years. She has been part of several performances locally and volunteered in classes of dance and movement within the community, as part of Echo Echo, Body Wisdom group.