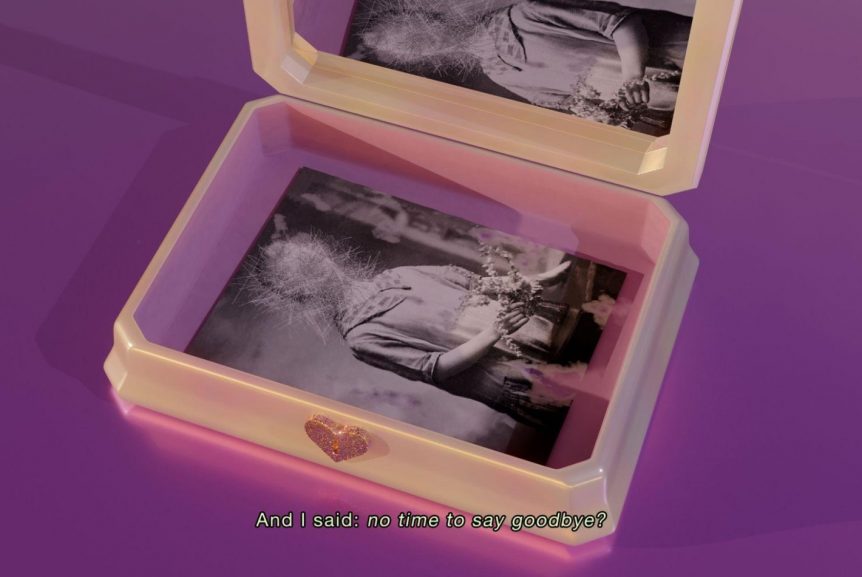 ‘Holy Blood’ by Cat and Éiméar McClay is the second digital residency of 2021 hosted by CCA Derry~Londonderry. Throughout the residency, Cat and Éiméar will create a digital sketchbook by sharing new and existing work including moving image, writing and digital renders inspired by their research into the legacy of Magdalene Laundries and mother and baby homes across Ireland; this will act as a stepping stone towards a longer video, which they hope to complete in the future. The artists will publish excerpts of their research to help people both engage further with the themes behind the work and see the process behind it. Links to resources will be shared with each passing day, and a list of the duo’s inspirations/references will be shared at the end of the week to contextualise the work and allow you to engage with the subject matter on a deeper level. Cat and Éiméar chose to begin their residency around the 25th anniversary of the closure of the last Magdalene Laundry on the island of Ireland. They were inspired by the concept of hauntology that refers to the return or persistence of elements from the past, like an ever present spirit. The title of the residency invokes the significance of blood in Catholic rituals and miracles over millennia, and alludes to the historical harm inflicted upon those that were institutionalised across the island.

Some of the subject matter may be upsetting/triggering. Content warnings will be given each day to preface the work.

Cat McClay and Éiméar McClay are Irish-born collaborative artists currently based in Glasgow. In 2020, they each graduated from Intermedia BA (Hons) at Edinburgh College of Art. Their practice considers ideas of queerness, abjection and patriarchal systems of power and oppression through an interdisciplinary body of work comprising video, 3D models, installation and digital collage. Studying contemporary queer and experimental literature has greatly influenced their respective writing practices. Following this research, they have developed their recent collaborative prose into narratives for moving image work. Currently, they structure their video work using a combination of animation, popular culture and cultural theory to challenge demarcations between high and low cultural material. This anti-hierarchical approach also attempts to make abstruse theoretical and philosophical ideas more accessible to a wider audience by demonstrating their material effects within everyday narratives. Their work often takes a critical approach: through appropriation and reinterpretation, they subvert the heterocentric narratives of popular cultural texts, including fairy tales and the Bible. An analysis of the mechanisms of power in Western society is central to this practice: they are interested in considering both how queer and marginalised bodies fit into capitalism and how they are excluded. Recently, their research has focused on the cultural, social and political influence of the Catholic church, particularly in Ireland. Through this study, they question the persistent link between the Irish state and the church. This is reinforced by their exploration of the potentiality of magic and witchcraft as queer and anti-capitalist symbols of resistance, through which they imagine a futurity predicated on a radical break from the dominant logic of late capitalism. They often harness eschatological imagery (disastrous weather, fire, etc.) to invoke the idea of end times associated with capitalism, and attendant premonitions of catastrophic or redemptive
futures.