Roe Valley Arts and Cultural Centre are thrilled to present a Collective film screening, a touring initiative from Film Hub NI, of Nowhere Special. James Norton and Daniel Lamont are superb in this heartfelt Belfast-set drama about a single father determined to do the best by his son before he dies. John (Norton), a 35-year-old window cleaner, lives with his three-year-old son Michael. 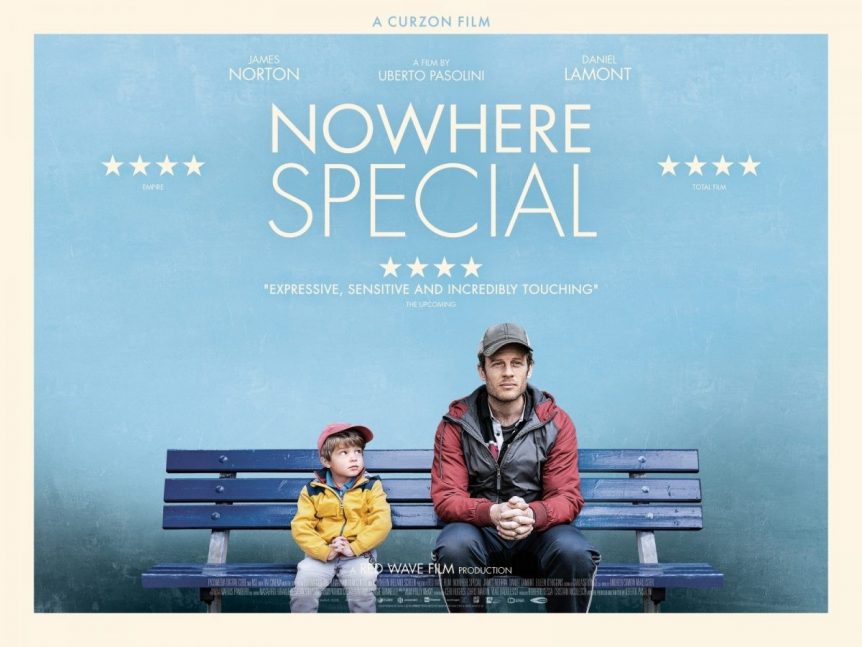 He was recently diagnosed with terminal cancer and has decided that he will find the best family to take Michael in after his death. Against the advice of the adoption agency he’s working with, John cannot face telling his son the truth, taking him on visits to prospective families under the guise of visiting new friends. But as his condition starts to show, he begins to ponder what his legacy should be for his son – should Michael start life anew or should John leave him with the tools that would allow him, later in life, to know the father he had.