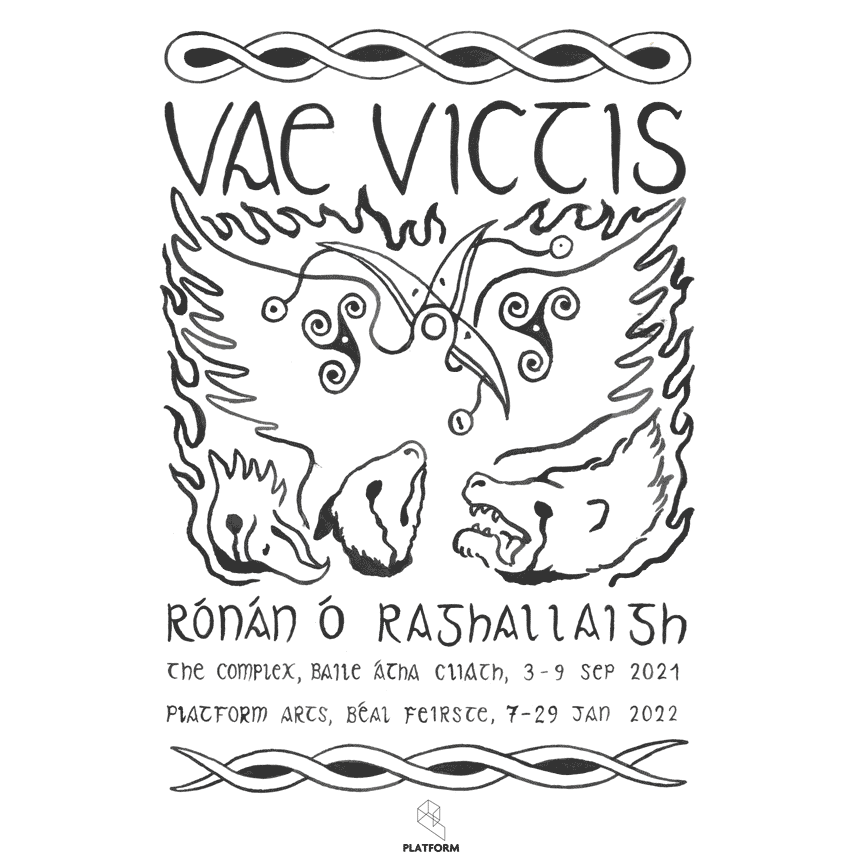 In Celtic art dere’s a motif: bodies with two faces lookin in opposite directions. Dey’re carved into
stone; gods or goddesses in deir own right but named after de Roman deity Janus.
Janus: But we’re not de Roman Janus! Yee gobshites only call us dat cos our original names are lost
and yer blind to things unless dey’re through a Western or Graeco-Roman lens, aren’t ye?
De Janus faces can be found in Celtic art across Europe. Dere is one in Éire on Boa Island in
Fermanagh, de island o de Crow Queen. Here, Janus is one side male, one side female. It was carved at
a time which predates full Irish conversion to Christianity. It is a remnant of our pagan past, our
worldview shared with others across Europe and de globe, largely crushed, burnt and mutilated in
Britain by de Romans and in Éire by de Christian Church and de British Empire.
De Janus faces give us an alternative framework to think about de Celtic in de 21st

century; dat of de
druidic philosophy of complimentary contradictory duality. Dey form a binary, bur crucially dey’re of
de same body: de Third Space which connects dem (remember de Newgrange triple spiral won’t yee.)
Janus: look one way, look de other way, look both ways at the same time, look neither way. Try
gettin yer head around that, amadán.
…
In 2018 I spent a year on colonised land: what de Anglo-West calls Toronto, originally Tkaronto. Dere were statues o Churchill, de queen was on de $20 note and de legacies o traumatic experiences
like de forced residential school system hung in de air like an aul púca at de crossroads.
In Tkaronto I was a person of ancient heritage and felt sympathy with de indigenous people dere. At
de same time, de complexities o my culture meant nothin and I was another European doin well in a
foreign land who hadn’t a clue about de indigenous history dere. Or maybe I was just tryin to benefit
from de same colonialism dat has affected me own island, like all de other naive (or shrewd) Paddies
have done.
Ériú called me back and I began de paintins dat became Vae Victis.