Home » News » 60th Anniversary production of seminal Ulster play, ‘Over the Bridge’ – throughout March and April

Bright Umbrella are to stage a delayed 60th Anniversary production of Sam Thompson’s seminal Ulster play ‘Over the Bridge’, an expose of sectarianism and murder in the late 1950’s Belfast shipyards. The play will be presented at the atmospheric Sanctuary Theatre in the shadow of the Samson and Goliath cranes, a short walk from the East Belfast shipyards where the play is set. It will also tour to various venues.

The play tells the tragic story of a sectarian dispute in the shipyard tempered by, often dark, shipyard humour. Despite being accepted by the Group Theatre’s Artistic Director, James Ellis, in April 1959 and already in rehearsal, the play was effectively banned by the by the theatre’s Board of Directors who refused to produce it, criticising it in the Belfast Telegraph as, “full of grossly vicious phrases and situations which would undoubtedly offend and affront every section of the public” and stating, “It is the policy of the directors of the Ulster Group Theatre to keep political and religious controversies off our stage.” 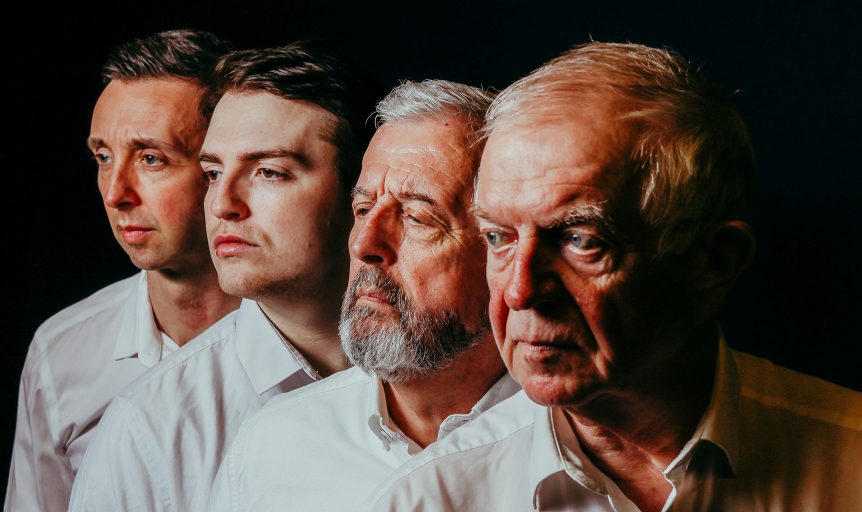 Ellis and many actors of the Ulster Group Theatre resigned to form their own company and Over the Bridge finally opened at the Empire Theatre in Belfast on 26 January 1960. An estimated total audience of 42,000 people saw the play during its six-week run, far greater than had attended any previous play in Belfast. Many of the audience were shipyard workers and their families who were unused to theatre attendance but who had dubbed the play, ‘our story’. It went on to tour in Scotland and the UK with some 80,000 people eventually seeing the production.

Ten years after its production, Sam Hanna Bell wrote that “at last the unclean spirit of sectarianism had been dragged before the floodlights and examined with passion, pity and corrosive laughter”.James McAleavey declared that Over the Bridge and the controversy surrounding its staging was, “a landmark in the cultural history of Northern Ireland and … prophetic of the Troubles to follow”.

In addition to playing in East Belfast in March, Bright Umbrella’s 60th Anniversary production will presented in Newry, Derry / Londonderry, Dublin and Strabane during March and April. More details and tickets are available at www.brightumbrella.co.uk.

Book tickets at: Over the Bridge at The Sanctuary Theatre event tickets from TicketSource