Home » Belfast, Events » Peter Hardie and Friends Belfast Exhibition to celebrate the works and friendships of four artists – 14 April to 7 May

From April 14th until 7th May, The Engine Room Gallery will host to a very special exhibition by 4 different artists; all linked together by Northern Ireland, their love of art and by their friendships. The exhibition will not only showcase their work. It will also act as a tribute and a celebration of the life of one of the four artists. Peter Hardie sadly died in September 2019.

Guests of honour at the opening of the exhibition, will be Peter Hardie’s family. His wife Joyce, his children Jane, Jess and Jake, a son-in-law Phil and his granddaughters Tabitha and Millie will all travel from their homes in England to Northern Ireland, to be there on the opening night to see the exhibition unveiled.

Speaking about the upcoming exhibition Peter’s family issued a statement saying “The Hardie Family are delighted to be returning to Belfast to share in the celebration of Peter’s life and work with other artists and friends dear to us. Peter would have loved this exhibition taking place” (Full statement below).

The organisers and Peter’s family have also confirmed that the exhibition is expected to travel to London and Leicester later in the year. They are also considering possible exhibitions in Peter’s birthplace of Newcastle Upon Tyne as well as in Salisbury and Bridport.

Peter Hardie was born in Newcastle Upon Tyne in 1945. In 1968, at the young age of 23, Peter Hardie and his wife Joyce came to live in Northern Ireland with their young daughter Jane. The move was so that Peter could take up post as an art teacher at the Ulster College of Art and Design. Some might have said that it was very unfortunate timing for such a move, given that 1968 is the year that “The Troubles” began. Peter remained teaching art in the College, during some of the darkest days of The Troubles. Despite the conflict, Peter remained living in Northern Ireland. He stayed for 11 years, before moving back to England in 1980, where he took up a teaching post at Teeside Polytechnic. During his time in Northern Ireland, he met the 3 other featured artists; building loyal friendships with them.

Peter died on 22nd September 2019. The exhibition is intended to be a celebration of his life, his work and his friendship with the three other featured artists.

Peter’s work married the discipline of fine art, with the advances in computer technology. He created computer generated animations that went on to inspire other artists to use computer coding to make beautiful art. Peter’s work was selected for exhibition on 3 occasions at Siggraph, the prestigious international computer graphics, electronic art and animation annual conference in America. He began this work, at a time when such ideas were still considered revolutionary. As well as drawing on these interests, Peter used CGI techniques to produce animations and prints that explored the natural phenomena of light on water and to capture movement as a sensation. His work was inspired by artists such as Monet, Cezanne and Van Gogh.

Peter’s work has been exhibited nationally and internationally, including in the US and Turkey. The contemporary feel and appeal of his work is illustrated by the fact that his work has also been exhibited at the Glastonbury Festival.

Examples of Peter’s work can be found here www.peterhardie.com 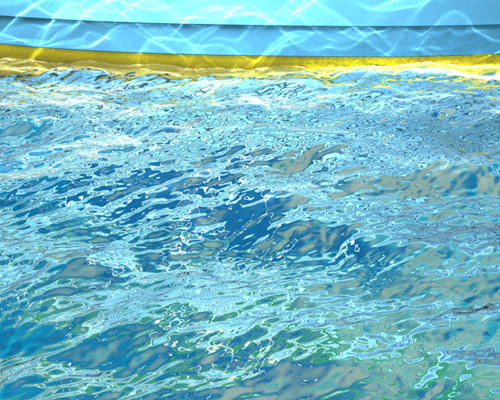 John Price was born in Belfast. He studied art at the Ulster College of Art and Design which is where he met Peter Hardie. John formed an immediate friendship with the young teacher. He says “It was amazing to have a teacher who wasn’t much older than me and who wasn’t like any other teacher I had before that. He was listening to the music that I was listening to, like Bob Dylan. We instantly clicked and became lifelong friends”. After leaving the college, John went on to study Fine Art at the prestigious Camberwell School of Art. Returning to Northern Ireland to complete post graduate studies, John also later took up teaching. He retired from his position as Head of the Art Department in St Louise’s Comprehensive in 2010, after almost 3 decades of teaching. In 2020, at the onset of the Covid pandemic, John became seriously ill. His subsequent battle to get life-saving treatment and the efforts of his former students, to help him to fund the cost of his treatment, made headlines across Northern Ireland. (https://www.irishnews.com/news/northernirelandnews/2020/05/14/news/former-st-louise-s-art-teacher-s-cancer-surgery-withdrawn-due-to-covid-19-1938828/ )

John’s main medium is oil on canvas and his interests are landscapes, seascapes and still life painting. As winner of the George Campbell Memorial Award, John has travelled and painted in Spain. He has also travelled extensively throughout Europe, visiting and taking inspiration from the places that inspired artists such as Van Gogh and Monet. John has exhibited in the Whitechapel and South London Art Galleries, the Royal Ulster Academy and other galleries in both Ireland and the UK. He has also previously exhibited in the Engine Room Gallery. John’s work is to be found in prominent corporate and public collections including the Arts Council, the Department for The Environment and the Northern Ireland Civil Service. His work is also held by private collectors throughout the U.K, Ireland and abroad.

Examples of John’s work can be found here www.johnpriceartist.com 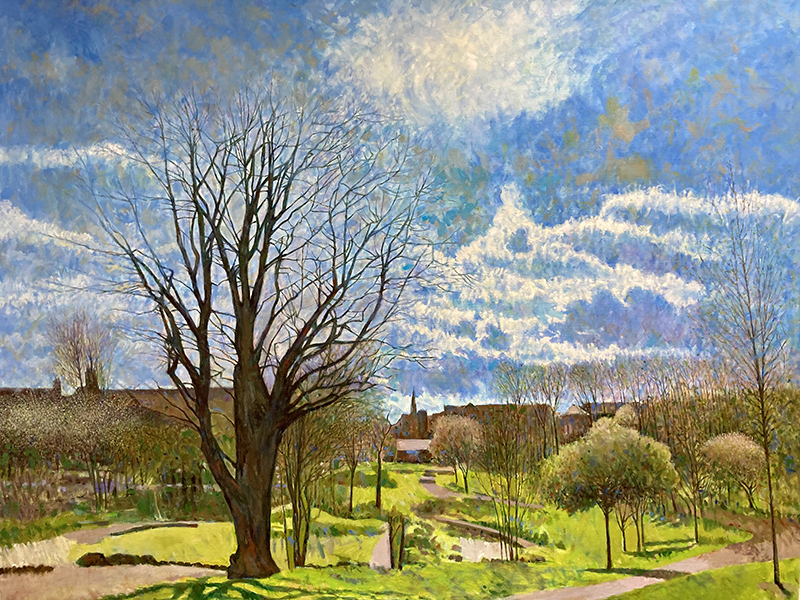 Born in England, like Peter Hardie, Neil Shawcross moved to Northern Ireland, as a young man in the 1960s. He also taught art at the Ulster College of Art and Design, which is where he met Peter.

He retired from teaching a number of years ago in order to devote more time to his own art. He is also well known for his charity work with many organisations, in particular with the Integrated Education Fund. He was awarded an MBE in 2014. Neil has now lived in his adopted home of Northern Ireland for almost 60 years. He considers himself to be “a true Ulsterman”.

Neil’s work is internationally renowned and acclaimed. He is known for his portraits, still life and nude series. The inspiration for his still life paintings come from his surroundings, and he is able to transform a simple subject to give it character and complexity through simple brush strokes. Neil is also a print maker, as well as having designed large scale stained glass installations.

In 1975 Neil became an associate of the Royal Ulster Academy, becoming an Academician in 1977.

Neil’s work has been exhibited globally, in England, Hong Kong, Washington, San Francisco and Canada, as well as in his adopted home country of Northern Ireland, where it has been exhibited in places such as the Ulster Museum and the Arts Council of Northern Ireland. He is a five-time recipient of the Royal Ulster Academy Gold Medal. His new works are incredibly popular amongst collectors in both Ireland and abroad and form part of many collections worldwide.

Examples of Neil’s work can be found here www.artnet.com/artists/neil-shawcross/ 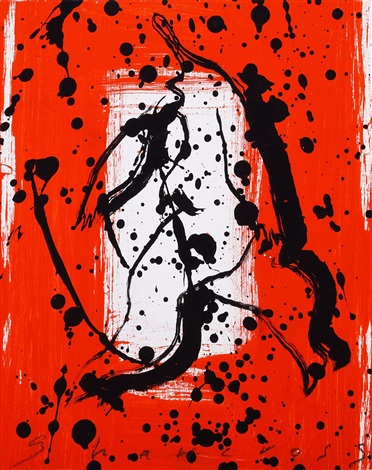 Born in County Tyrone, Clement also studied at the Ulster College of Art before going on to study Fine Art at Canterbury College of Art, and then at the Royal College of Art in London. He too recalls his first impressions of Peter Hardie, “He was not much older than us and with his shoulder length hair and beard, he looked like a rock star. I will always remember the creative force Peter was in that first important year which was life changing for me”.

Clement lived and worked for a number of years in Liverpool at a studio in the Bluecoat Arts Centre, before returning back to Northern Ireland, where he has been living in Belfast since 2003.

Clement uses a number of mediums in his work. Oil on canvas, acrylic on paper and pastel on paper, as well as mixed media. The subject of his paintings is mainly landscape scenes. His work takes influence from the Irish coast and his travels to Europe, particularly Italy, Germany and the Netherlands.

Clement was a prize winner at the John Moore’s Exhibition, was presented with the J. Andrew Lloyd Award for Landscape Painting and was commissioned for a mural at the Royal Liverpool Hospital. He was made an Associate of the Royal Ulster Academy in 2006 and a full member in 2009.

Clement has exhibited extensively in Dublin, Belfast, London and abroad. His work is held in public and corporate collections including The Irish Museum of Modern Art, The Ulster Museum, Liverpool’s Walker Art Gallery, the Arts Councils of Great Britain and Northern Ireland, the European Parliament (Brussels) and Allied Irish Banks, as well as in several private collections.

Examples of Clement’s work can be found here clementmcaleer.com 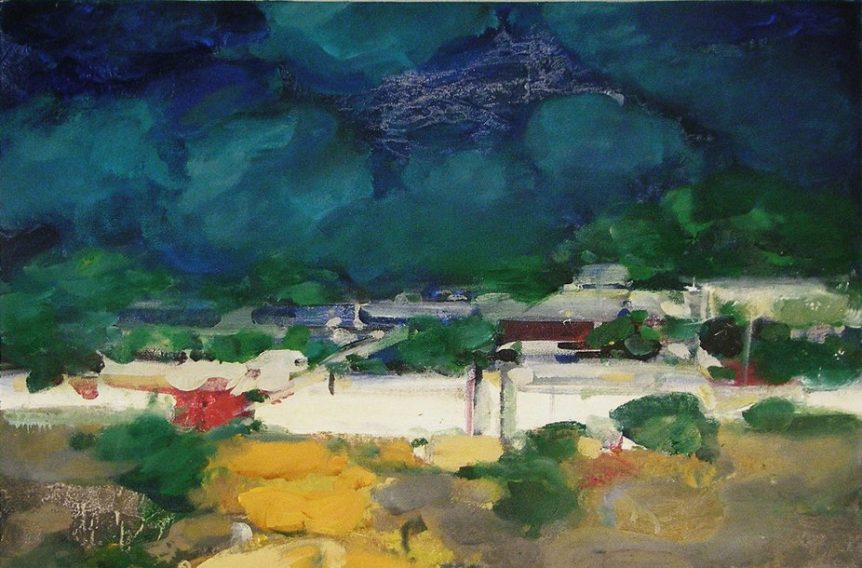 “The Hardie Family are delighted to be returning to Belfast to share in the celebration of Peter’s life and work with other artists and friends dear to us. Peter would have loved this exhibition taking place.

We are so delighted to have this opportunity to showcase Peter’s work. As a family we know how important Peter’s art was to him; we were lucky enough to see first-hand his ideas and finished works. Peter inspired us all; influenced us all and changed the way we view the world, blocks of colour and light surrounds us and always will. We see the world in a different way to some. He has influenced us so personally, in all our differing walks of life. In the shop displays, teaching children to see the world from an artist’s point of view, the way we think, from a graphic designer’s point of view. The art he gave us adds so much more. For this we are forever grateful. It has made us who we are.

To know Peter has influenced people he was privileged enough to work alongside, or tutor, is further inspiration. As a family we are deeply touched by this and in awe of the artwork being created and being linked to Peter. Just wishing he could see first-hand what he had achieved and how much he meant to everyone. We wish he knew. We wish he could see all this.

We hope the exhibition will bring colour and light to the lives of others. Surely this was his ambition. So it’s been achieved. The legacy lives on for us and hopefully for others”.

The family of Peter Hardie