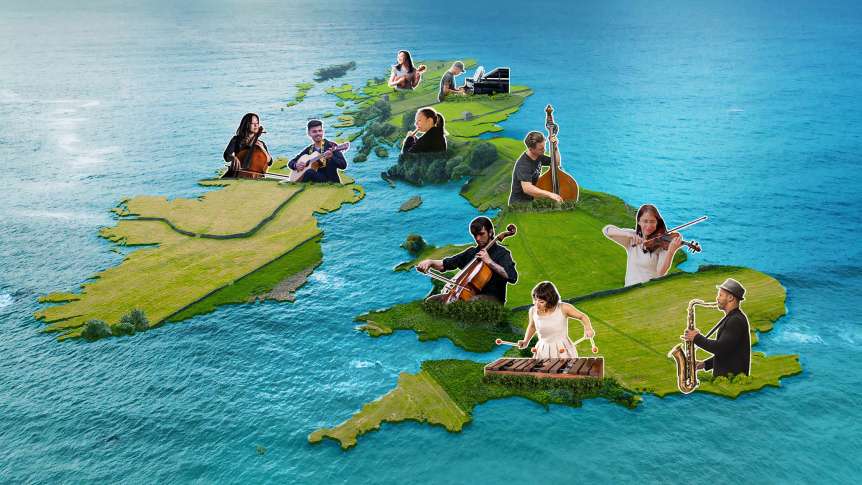 Classic FM has announced the launch of Britain’s Big Platinum Performance – a search to showcase the UK’s best leisure-time music groups to perform on a recording that will be gifted this Platinum Jubilee year to Her Majesty The Queen.

As part of its 30th birthday celebrations this year, and to mark The Queen’s Platinum Jubilee, Classic FM has teamed up with Making Music – the UK’s membership organisation for leisure-time music – to invite groups from across the UK to submit a recording of a celebratory piece of music.

Seven winners will be selected – one for each decade of The Queen’s reign – by an esteemed panel of judges. The groups will have their performances professionally recorded, featured on Classic FM and presented to The Queen as a gift.

Amateur music performances are an essential part of the musical fabric of the UK and have long been a vital part of the nation’s music history. Britain’s Big Platinum Performance is the perfect competition to champion the everyday musician, celebrating brilliant non-professional ensembles from across the country.

Groups are encouraged to choose music that will appeal to a wide audience. Once submitted, the recordings will be narrowed down to a longlist of the top 100, to be judged on skill, musicality and choice of repertoire. Groups can submit their entries from today at ClassicFM.com and before the closing date on Sunday 8th May 2022 at 23.59. The full details, including terms and conditions are available at ClassicFM.com.

“We are delighted to be partnering with Classic FM which has inspired new people with classical music for 30 years on Britain’s Big Platinum Performance. Showcasing hobby musicians and their outstanding contribution year in year out to local communities seems a fitting way to honour a monarch who has worked tirelessly over her reign to connect with all kinds of people all across the UK.”

“In honour of The Queen’s Platinum Jubilee and to celebrate Classic FM’s 30th anniversary, we are thrilled to be teaming up with Making Music to launch Britain’s Big Platinum Performance. We’re looking forward to shining the spotlight on some of the nation’s hugely talented, non-professional music groups; to recognise their talents and introduce them to the millions of listeners to Classic FM.”

Classic FM is available across the UK on 100-102 FM, DAB digital radio and TV, on Global Player on your smart speaker (“play Classic FM”), iOS or Android device and at ClassicFM.com.