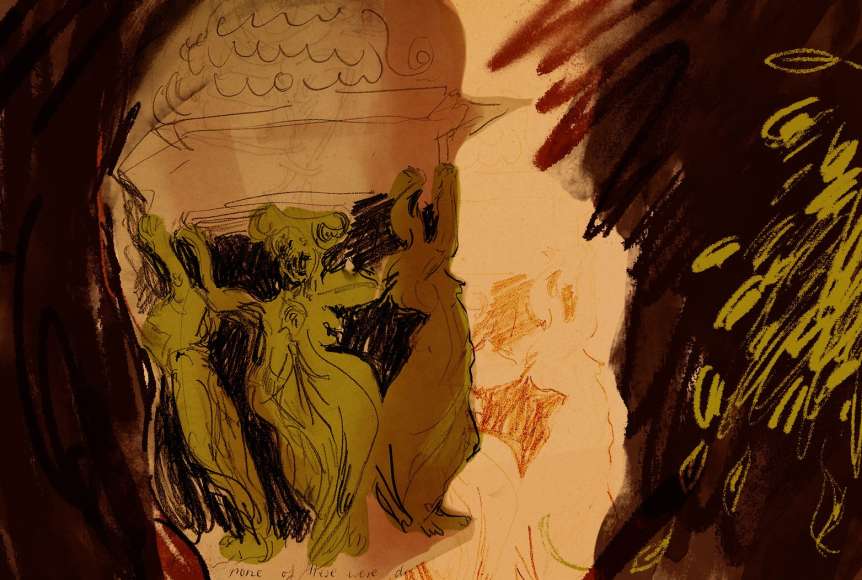 The Wallace Artist Residency programme, presented by R-Space Gallery, Lisburn in association with the Wallace Collection, London is now in its sixth year.

For Re: New Wallace #5 three artists were selected to work remotely and have been jointly commissioned to create the first animated short film on the story of the first Wallace fountains erected in Paris in 1872 by Sir Richard Wallace during the Paris siege. (Later, he was to donate five to Lisburn, two of which remain: in Castle Gardens and Wallace Park).

Northern Irish Artists Meg Earls and Neil Foster are collaborating with French composer Nelson Santoni on the work. The finished piece will be previewed at R-Space (together with all artwork to date) and is scheduled to be screened in Paris later in the year during the city-wide celebrations there in association with the Society of the Wallace Fountains. (www.wallacefountains.org)

R Space is a visual arts and crafts space, presenting and commissioning a programme of exhibitions and arts activity based in The Linen Rooms in the heart of the City of Lisburn, Northern Ireland.
R Space’s ambition is to increase access, understanding and enjoyment of contemporary visual arts, crafts, design and other related arts activities.

Meg Earls (animator www.megearls.co.uk)
Meg is a filmmaker from Northern Ireland. She has a degree in animation from the University for the Creative Arts, Farnham, where her graduation film Border/Line received a British Animation Award. In January she began her MA in Directing Animation at the National Film and Television School. She uses animation to tell stories that need to be told.

Neil Foster (musician www.neilfostermusic.com)
Neil Foster is a composer and multi-instrumentalist who composes expansive, cinematic music inspired by dreams, landscapes, horizons and wild spaces, bringing elements together through intuitive experimentation. Using atmospheric textures, polyrhythmic layers, found sounds and lyrical melody his work moves across and between genres which include classical music, electronica, experimental soundscapes and ambient tribal trance. His first album ‘Hiraeth’ was released in 2018. ‘Stormlight’ his second, was released in November 2021.

Nelson Santoni (www.nelsonsantoni.com)
Nelson Santoni has been keen on music since childhood. He attended music school where he studied trumpet and orchestration, then the universities of “La Sorbonne” and “Pierre et Marie Curie”, with a dual bachelor’s degree in Sciences, Music and Musicology. In 2018, he obtained a Master’s Degree in Sound Engineering from the ENS Louis-Lumière.