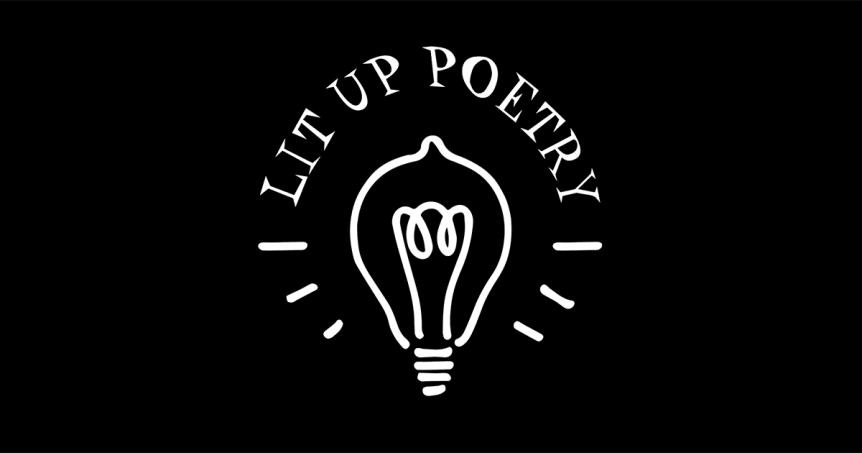 LIT UP is back! The poetry event with a twist, where performers are encouraged to read other poets’ works as well as their own.

A regular poetry night with a twist. We encourage performers to read a mix of their own work with poems by poets they love and admire (Online Event).

Steve Rooney began performing poetry in 2003. Back then, the world was unrecognisable from the one we live in today. An ultra-violent, imperialist aggressor was killing civilians in a criminal war based entirely on false pretexts, and successive UK home secretaries were colluding with a racist media to demonise refugees and asylum seekers… In the years since, Steve has performed – to polite applause, and even the occasional ‘whoop!’ – at numerous events and festivals around the UK, including the Ledbury Poetry Festival, Bristol Poetry Festival, Leicester Comedy Festival, Latitude, and the Edinburgh Fringe. Despite a deep aversion to competition, he has somehow contrived to win several high-profile poetry slams – including the Cheltenham Literature Festival’s, UK All Stars Poetry Slam.

He once also performed in a small tent at a family ‘fun day’ on the outskirts of Derby where, had it not been for his set clashing with the falconry display, he would have attracted an audience – probably.

Colin Dardis is a neurodivergent writer editor and sound artist from Northern Ireland. His most recent book is All This Light In Which To See The Dead: Pandemic Journals 2020-21 (Rancid Idols Productions, 2022). His work, largely influenced by his experiences with depression and Asperger’s, has been published widely throughout Ireland, the UK and USA, and shortlisted for the Erbacce Prize, Seamus Heaney Award for New Writing, and Over The Edge New Writer of the Year Award, amongst others.