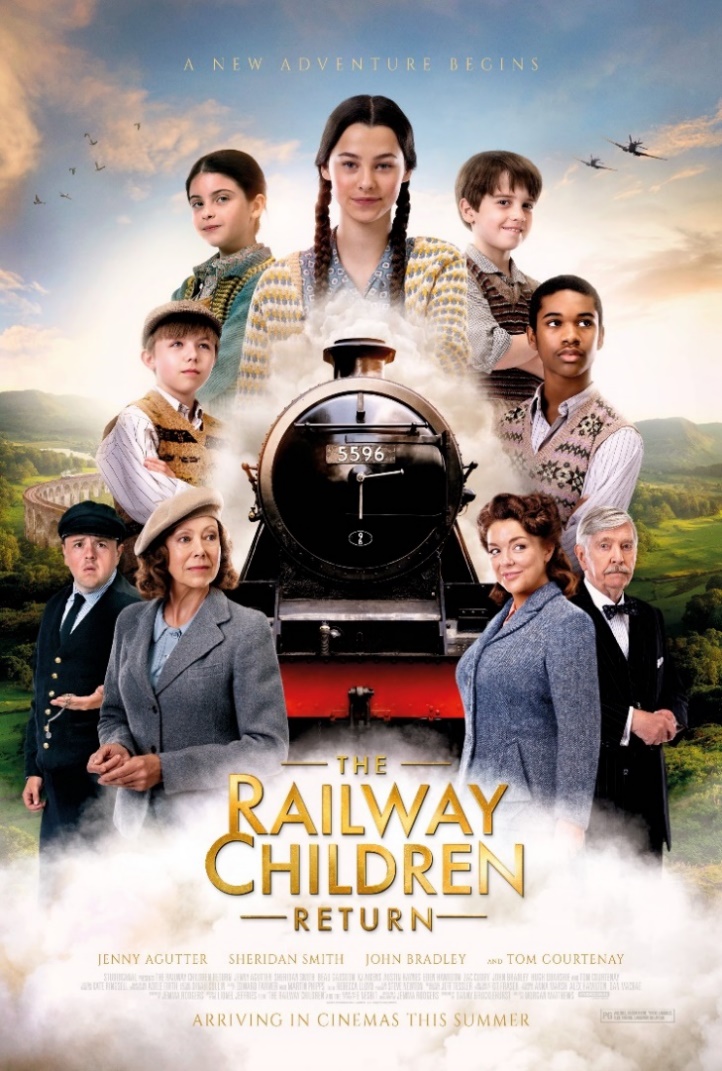 Cinemagic is a youth film charity festival which aims to educate motivate and inspire young people. The organisation produces film festival programmes and short film productions for young people to unite individuals from diverse backgrounds through film and teach skills in the creative industries. Cinemagic’s Dublin Summer season runs over June-August and Cinemagic hosts its 33rd annual festival in Belfast in October.

Tickets available for Dublin and Belfast special previews are available from each participating cinema or www.cinemagic.ie.

Inspired by one of the most beloved British family films of all time, THE RAILWAY CHILDREN RETURN is an enchanting, moving and heart-warming adventure for a new generation.

There to meet them on the train station platform are Bobbie Waterbury (Jenny Agutter, reprising her iconic role in the original film), her daughter, Annie (Sheridan Smith), and grandson Thomas (Austin Haynes), and with their help the evacuees are soon settling into their new life in the countryside.

When the children discover injured American soldier Abe (KJ Aikens) hiding out in the railyard at Oakworth Station, they are thrust into a dangerous quest to assist their new friend who, like them, is a long way from home.
Directed by BAFTA-winning Director Morgan Matthews (X+Y), THE RAILWAY CHILDREN RETURN shot in key locations in Yorkshire from the original film including Haworth, The Brontë Parsonage, Oakworth station and the iconic railways from the original film (all part of the Keighley & Worth Valley Railway).

THE RAILWAY CHILDREN RETURN was written by BAFTA-winning Danny Brocklehurst (BRASSIC, Red Productions’ THE STRANGER, THE FIVE, SAFE and COME HOME), based on a treatment by the BAFTA and award-winning producerJemma Rodgers. Rodgers also produced the film for STUDIOCANAL.