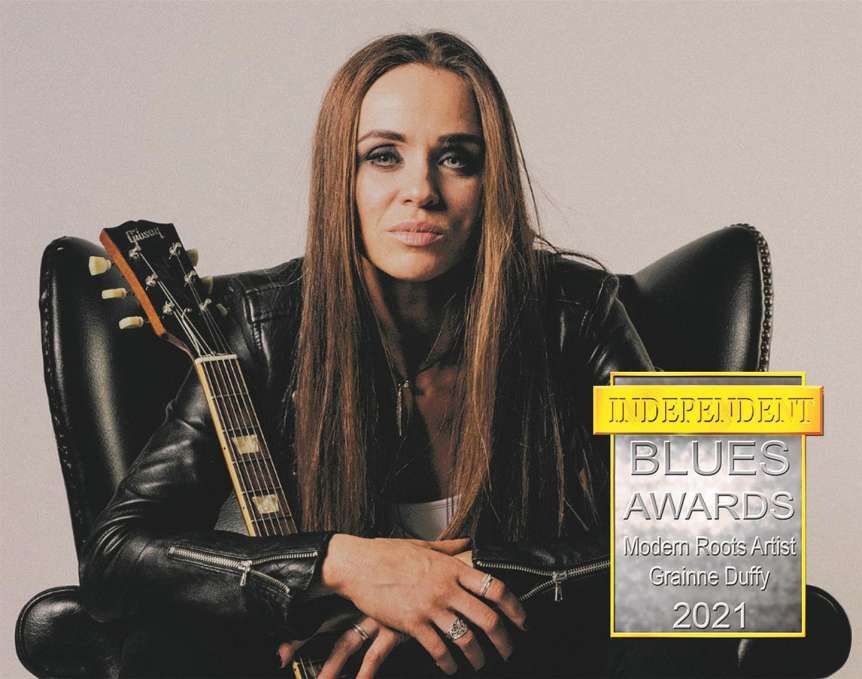 Gráinne Duffy is a touring original artist from County Monaghan.

She plays many blues and rock stages, featuring as a headline artist at home and internationally, including regular festival gigs, such as Woodford Folk Festival, Australia.

This year already she has performed at Glastonbury, Stendhal and the Open Air Blues Festival in Romania, alongside her contemporaries Beth Harte, Eric Gales and Larkin Poe.

Gráinne has recorded one live and four studio albums. Her latest release ‘Voodoo Blues’ has earned her international acclaim, featuring in a number of European indie broadcast lists and a top 10 position on iTunes Blues chart in Canada.

Gráinne is currently a BBC host with her new series Gráinne Duffy Rocks, which premiered in May 2021.