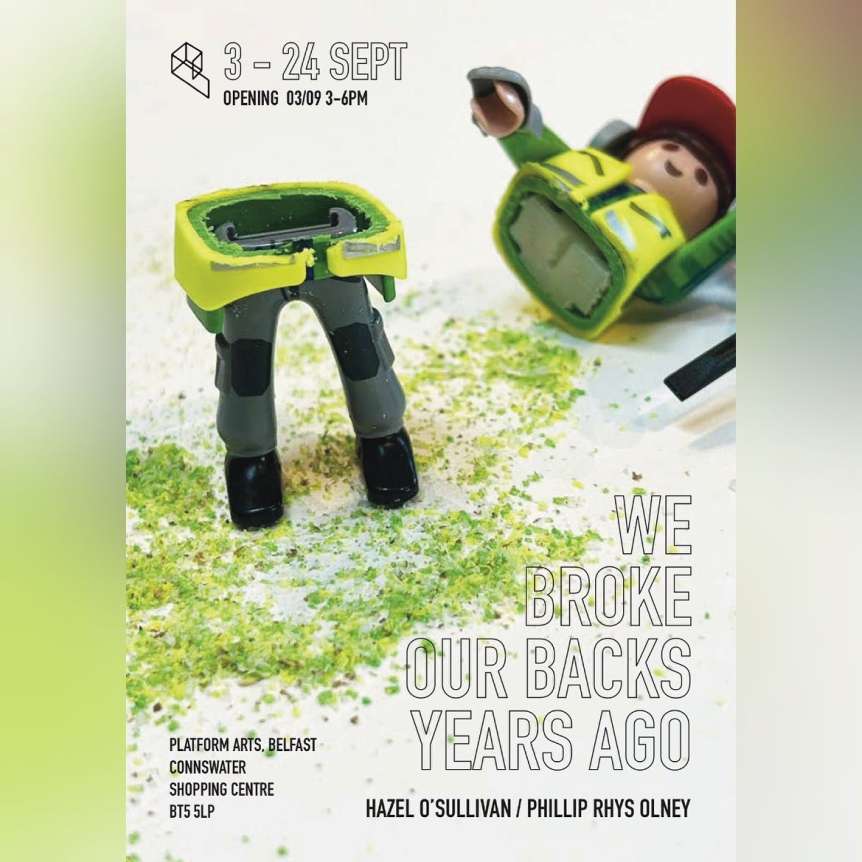 Hazel O’Sullivan and Phillip Rhys Olney present a collaborative show at Platform Arts, exploring so- cial-class and personal heritage with specific reference to labour and the home. Spaces once occupied and operated by those dependent upon its employment are transforming into corporate shells, managed and orchestrated by governing bodies which lack the experience of the labour they supervise. Linked by their shared heritage from within these communities, both artists contend that we are losing the vast wealth of human experience, knowledge and taste which has laid the foundations for these trade sectors and their co- inciding lived-in spaces. Phillip’s direct lineage – hailing from a line of stevedores, unskilled labourers and mechanics – compliments the socially conscious and domestic aspects of Hazel’s practice.

Both artists view the harsh uniformity of corporatisation – of globalisation, capitalism, containerisation and gentrification – as a threat toward those men and women upon whom these traditional industries have histor- ically depended. Both artists document, preserve and in doing so investigate the current disintegration and disregard for the labour, toil and industry of the people which built and sustain these communities. See less