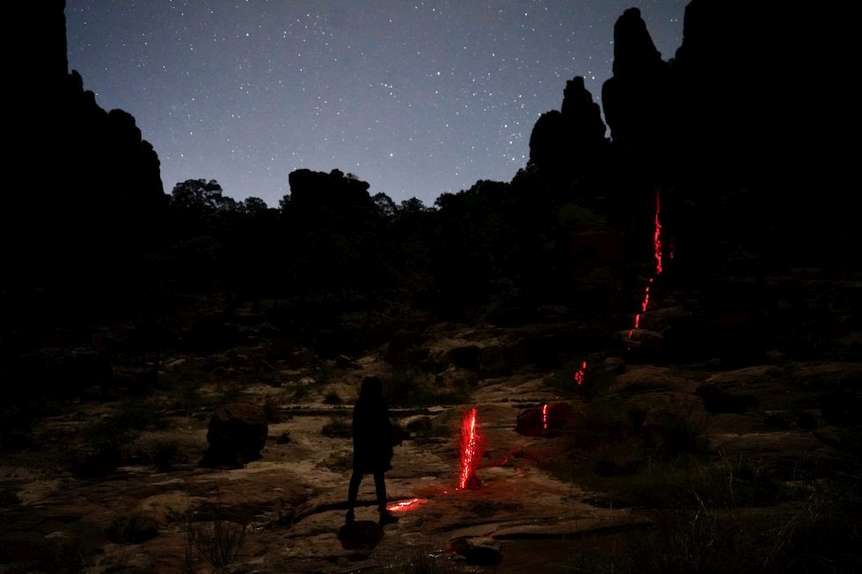 Elvira Santamaría is an internationally acclaimed performance artist whose work has resonated with audiences around the world. Born in 1967 in Mexico City, she has been based in Northern Ireland since 2011. The Golden Thread Gallery is delighted to present this seminal exhibition Artefacts and Encounters as part of the Belfast International Arts Festival.

Using public actions, durational performance and installation, her practice has been focused on drawing attention to the changeable, fragile and ephemeral aspects of life. She looks at fundamental aspects of human behaviour, such as: mental suffering; love; death; mourning; resilience; and consciousness. Her work has evolved through several ‘action’ art forms e.g. public interventions and performance-installation.

Artefacts and Encounters emerged from conversations and dialogue between Santamaría and curators Sarah McAvera and Peter Richards. Questioning how do we engage with performance art, after the performance has taken place? How can a career of performed actions, of moments, be shown in a gallery space? Within the exhibition, Santamaría revisits objects of her past performances. These objects now act as ‘humble prompts’ to re-engage and revisit her performative work.