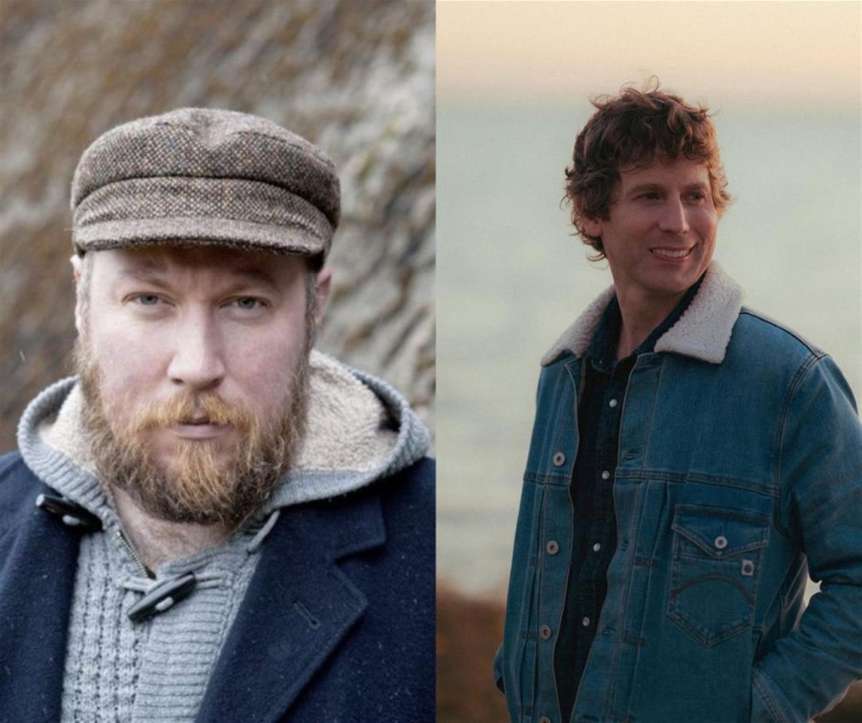 Now on his seventh album, ‘When We Wander’, Jesse Terry performs his beautifully crafted songs to around 150 audiences a year from Bonnaroo to the Philadelphia Folk Festival, the 30A Songwriters Festival to Americana Fest. Recorded live, ‘When We Wander’ prioritises emotion and raw performances over perfection.

Following a degree from Berklee College of Music, he spent five years as a staff writer on Nashville’s Music Row, penning material for major TV networks, and winning prestigious songwriting awards. Then on to become the singer-songwriter his countless fans know today, who (in the words of Music News Nashville) ‘bring[s] to mind iconic artist/poets like Paul Simon and Jackson Browne…. [with] a performance that touches the heart like only a whisper can.’

It is easy to compare Terry’s heritage and storytelling to that of Jackson Browne, James Taylor or Bruce Springsteen…. A symphonic delight for the heart and soul.’

Hailing from the foothills of the Mourne Mountains, in Co. Down, Northern Ireland, this is Matt McGinn.

You can tell by hearing by his warm, rasping and powerful voice, by listening to his worldly wise lyrics and by seeing his wide shoulders broadened from carrying coal almost thirty years, that by no means is this Matt’s first dance. Far from it, as 2020 saw the release of his 4th studio album LESSONS OF WAR that has has been critically acclaimed around the globe.

His latest singles ‘Annie (Many Moons Ago)’ and ‘Lighthouse Joe’ have been described as the best songs you will hear all year.

The album has had over 100,000 plays on Spotify. The lead single ‘Bubblegum’ written with Mick Flannery was one of the most played songs on BBC Radio Ulster. Tom Robinson of BBC 6 described it ‘extraordinary’ while RTE Radio 1’s Fiachna O Braonain labelled it as ‘a beauty’.

During lockdown in 2020, with an absence of live gigs due to Corona Virus, Matt and fellow troubadour Cormac Neeson created Coccons. It is a live ‘In the Round’ that goes out through the Cocoons Group Page on Facebook every Saturday. Cocoons has featured over 100 artists worldwide and raised over £10,000 for various charities.