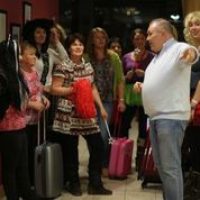 RiverRow are based in Omagh. They produce original pieces of art in many forms with a focus on theatre production. Their aim is to use art mediums as a vehicle for community development to promote the culture of the town and the people of Omagh.

This is the second year that we have worked with RiverRow on a ‘This Is Me’ film-making project with facilitator and local film producer Cyril Kelly and we are very excited to be doing so. Last year’s film production was such a hit and a worthwhile experience that I am sure this year will be the same. The group have been working on filming a story, which they have previously told in a theatre production. Bringing this story to film adds a whole new dimension to it. The story addresses the issue of bullying – the victim and the bully face each other later in life and restoration is brought to their relationship as they both deal with the past and their actions.

The group, which involved over 40 people, have entered into this with great focus and motivation. From turning the Strule Arts Centre into an airport departure lounge to actually filming at the airport they definitely gave the whole process 110%! 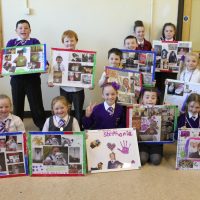 The Community Centre, based in Victoria Barracks in Belfast, works with many different age groups from within the local area. For this project a group of 14 primary school children were doing both photography and animation as part of the centres afterschool art club. Katrina Sheena alongside myself facilitated the programme over 6 weeks. With myself they got the opportunity to explore the local area through taking photos of their favourite places or things and then made a collage of what is important the each of them. Secondly they were doing short clay animation pieces, with Katrina, looking at issues such as bullying and caring for one another.

This all culminated in a celebration party that parents were invited to. They watched their two animation films and each received their photographic collage to take home. This was a great opportunity for them to show parents what they have achieved and to take pride in their work. 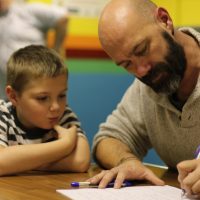 Based in Belfast Whiterock work in the local community to educate children and young people through art and play. Paul McMordie and Davy Bates of Ossai Music School are working with a group of 10 teenagers on developing their own songs and backing tracks using Garage Band. The group have been writing lyrics about day to day issues and their own interests while also doing some covers of their favourite hits which will be recorded for a CD.

Paul previously taught a very famous member of Snow Patrol the guitar who has turned out to be an international star so we are very excited to have him and Davy on board. 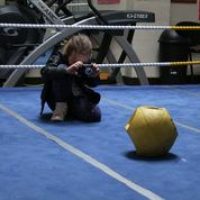 This centre help identify and meet the health, social, recreational, educational and welfare needs of people living in the surrounding area. The group that CAP is working with is 8 young people, with autism and associated difficulties, who are producing an animated film with facilitator Orlaith Cullinane. The group have been brainstorming, storyboarding and creating characters for the animation. 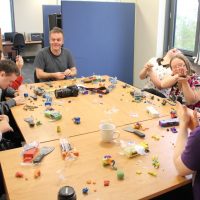 FDST aim to foster a culture of inclusion for children and young people with down syndrome. Gary Rosborough came on board as our animation facilitator for this project. Gary has been working internationally on various schools animation projects in countries such as Cambodia and Palestine. His skills and experience have been a true asset in bringing the most out of the group creatively. Over the weeks they have been discussing their hobbies and then making animations of these. They have been making characters from clay, getting filmed for interviews about their interest and editing the animation themselves.

The final film consists of interviews of the group members talking about their interests mixed with short animations of these activities in action. On the day of the launch parents were very proud of what their children had produced. 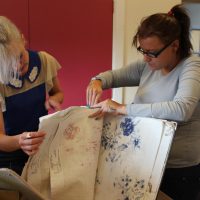 We have our fantastic facilitator Karen Kinghan on the job at LOCA. She is working with a group of young mothers developing an animation piece which will be used as a local lobbying campaign. It’s been fantastic to see the film set develop and the hard work that the ladies are putting into the project.

The film setting is in a terrace house and the decorating of the house is turning out to be a whole lot of fun. If only it was as easy in real life!