The Landmarks programme this year has hosted a wealth of groups from all backgrounds and age groups across Northern Ireland.

Our dedicated team of community artists gave the groups a wide variety of mediums to work with. One example is Artist Ciara Campbell working with the Aspen Beacon Centre and how they have transformed an outdoor smoking area into a mural depicting a secret garden incorporating woodland birds and creatures.

The before and after photographs can be seen below. 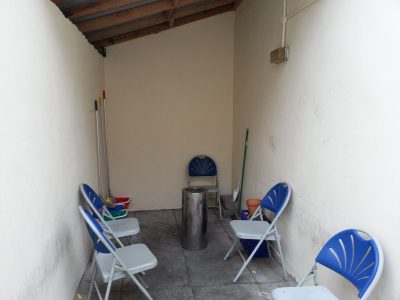 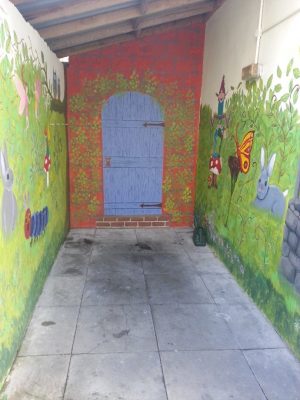 The project idea was to develop and produce a celebratory piece to be used each year for a Hindu Religious festival such as Holi or Diwali. This would be a fold out painted wooden panel using images relating to Indian Culture, symbols, of festivals, colours, holy images and mantra. The group got to experiment with painting techniques before starting on the final piece. The group’s enthusiasm resulted in their work developing massively over the 5 weeks. Rosalind found them, ‘Inspiring’. The project was well supported by the project worker and the final piece will be showcased at various events celebrating Indian Culture. The group launched their work at the end of the project and as a bonus displayed their creative culinary skills serving up Indian cuisine. This was to the pleasure of all who attended. 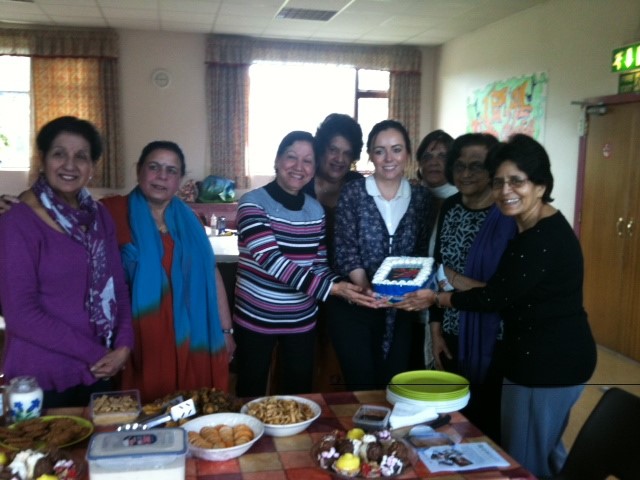 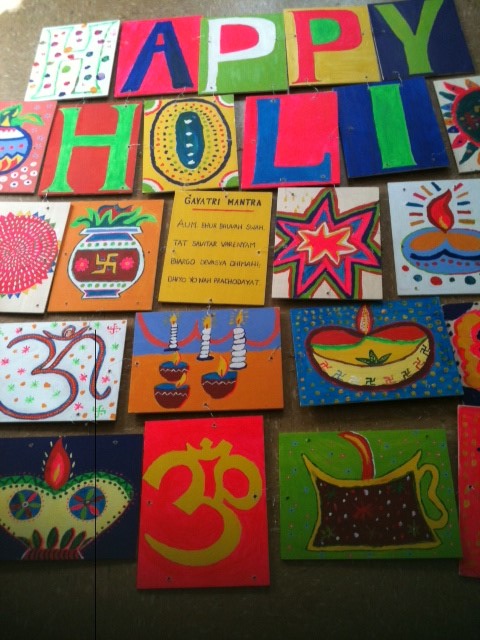