Last week I attended the Community Arts Partnership’s PICAS (Programme for Intercultural Arts Support) conference on behalf of Love Music Hate Racism NI. As one of five organisations to receive the PICAS training and development award, we were invited to speak about a project we have been working on.

The Fusion project was designed to connect an indigenous group of musicians with musicians from an ethnic minority background, with the aim of producing an original piece of music that would be recorded and showcased as an example of an intercultural musical collaboration.

For the conference we were asked to talk about the processes we went through, how it progressed, any problems we encountered, and what we hoped might be successes. 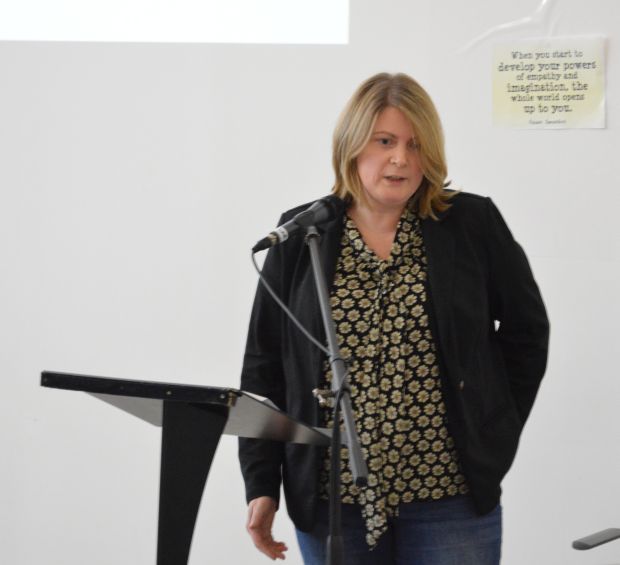 The project is still very much a work in progress, but with the support of CAP and the PICAS programme LMHR NI has been able to test a theory regarding intercultural arts practice as well as adopting new ways of promoting music and running LMHR NI events, and the project has given us a chance to focus on what constitutes LMHR NI’s best practice.

The Fusion Project hopes to bridge a gap, to mainstream ethnic minority artists making them more visible and appreciated for their skills and abilities within the local music community, not set aside as the token ‘world’ or ‘multicultural’ act on the bill at gigs or festivals. That is the challenge.

On a wider level LMHR NI thoroughly enjoyed the conference, the people and the organisations we met and the other projects out there working towards intercultural creative engagement.

Naz aka Sufi Punk is a dance music producer in development, and she is the founder of Ulaf Arts which includes an all female Muslim choir called The Ulfah Collective.

Naz revealed so much about her own experiences, the experiences of the women in the choir, the challenges of working with cultures within a belief or culture (for example there are over 70 different strands of the Muslim faith), and her belief that diversity is her landscape.

LMHR found her inspiring, and thanks to introductions through CAP plans are underway for a Belfast event in the future.