Home » CAP News, News, Projects, This Is Me, Video » This is Me project – PIM Community Project – Enniskillen showcase

On Thursday 26th March 2015, two RNIB groups came together to showcase and celebrate the results of two Community Arts Partnership Programmes: Poetry in Motion (Community) and This is Me Project, which educates people in film and animation.

From Omagh, the ‘EYEspeak’ group and from Enniskillen, Fermanagh Visually Impaired Person’s Club , both of which participants have visual impairments.

Over the course of several months the groups have been working on different art projects.

EYEspeak have produced a film, alongside filmmaker Cyril Kelly of Soupstone Productions and the RNIB group in Enniskillen, a group of approximately 35 people of various ages, worked on literature and verbal arts, reflected in the writing of pieces of reminiscence poetry.

EYEspeak’s film raises awareness around the issues faced by those with visual impairments. Although it has a serious message for the wider community, it is also very entertaining with a humorous script put together by the participating group members.

It was a true celebration of hard work and creativity and a chance to share these experiences with one another.

Cyril Kelly, Soupstone Productions, the facilitator of ‘Eyespeak’ group said in his evaluation

We achieved quite an ambitious project collectively and I think everyone felt proud of the end product.”

I worked closely with the ‘Eyespeak’ group, who were enthusiastic from onset and full of original ideas to get their message across. The final film is fun, educational and will make a positive impact on anyone who watches it.” 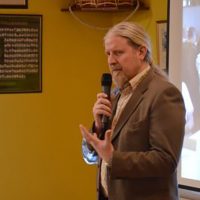 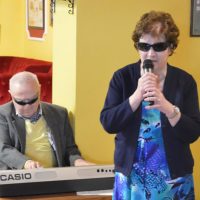 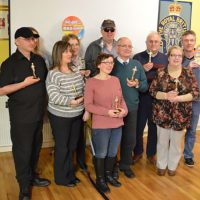 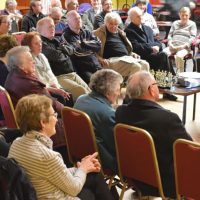