Artist Marian Noone has just completed her Landmarks project in Coiste, Crumlin.

At the start of their time together, the group was asked what they liked about Crumlin, so for a starting point, they come up with the Crumlin Glen and Waterfall and Peter Deazley allowed them to use some of his photographs for reference.

Adding to this, the young people created characters such as animals and people doing activities like playing the fiddle, tin whistle and Irish dancing, which they can learn at the centre, mythical fairies that are synonymous with rural areas in Ireland.

The oak tree is part of the crest for the centre, has been included in the mural as well.

After roughly sketching out the background, the group then added their creations to the mural and collaboratively painted the piece, which is on an exterior wall of their centre. 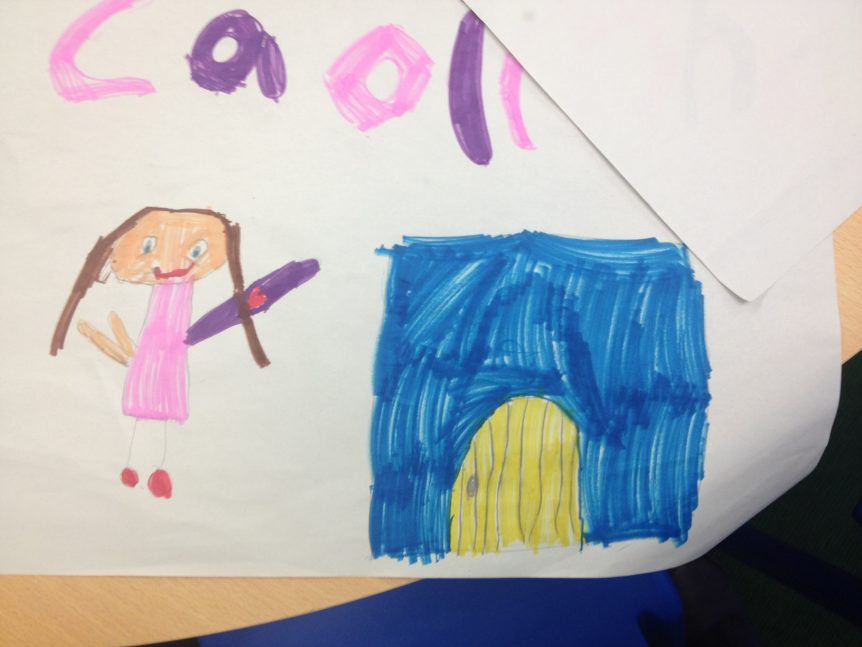 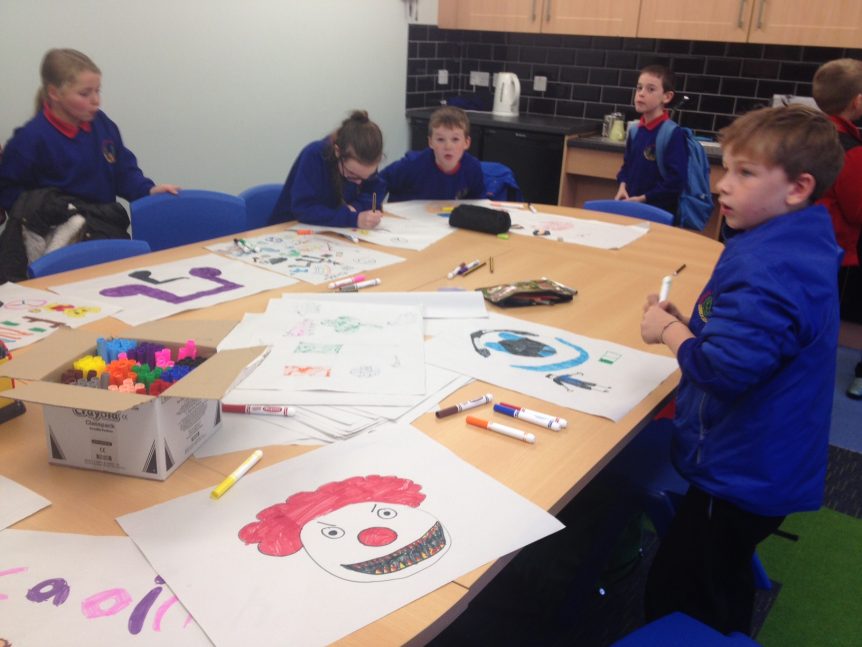 Working on the wall 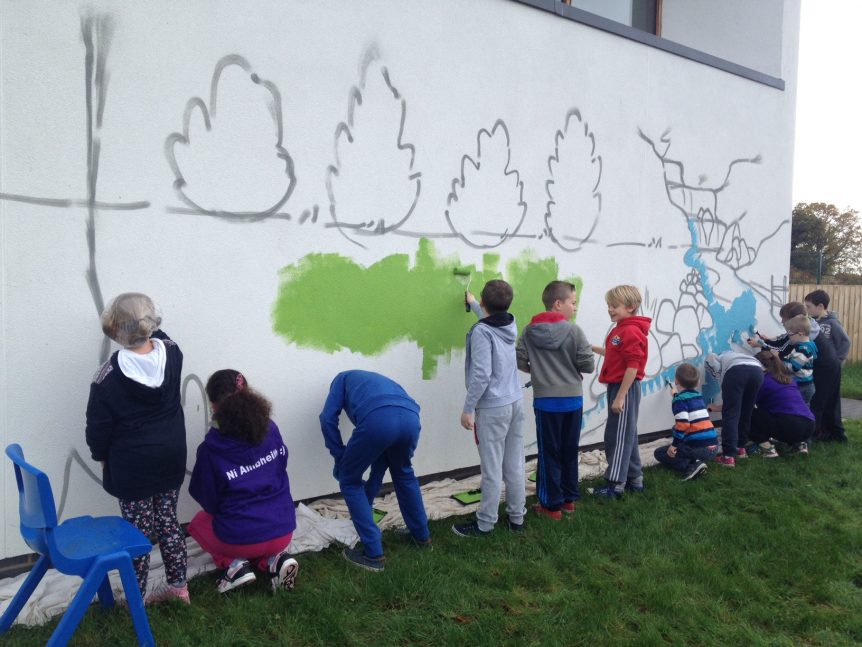 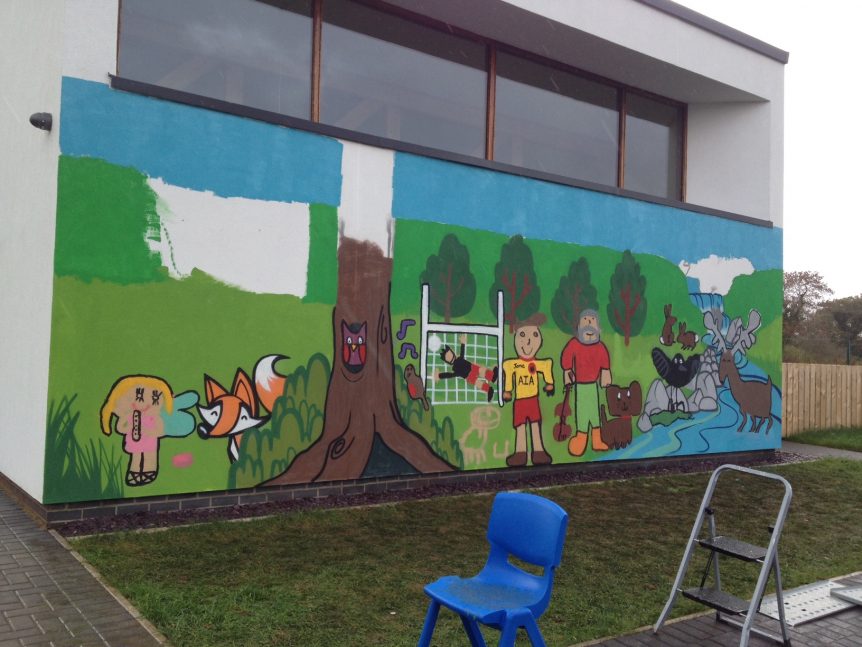 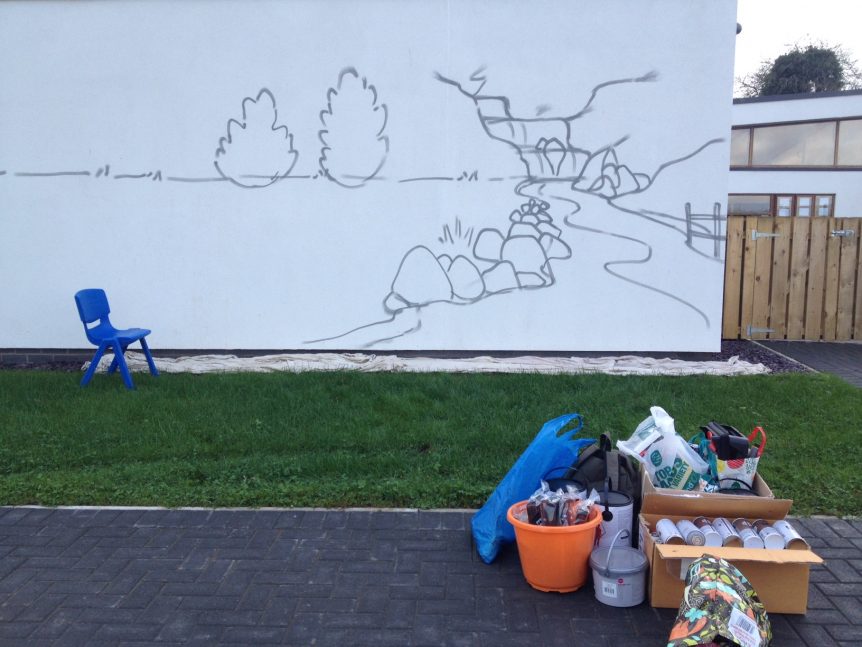 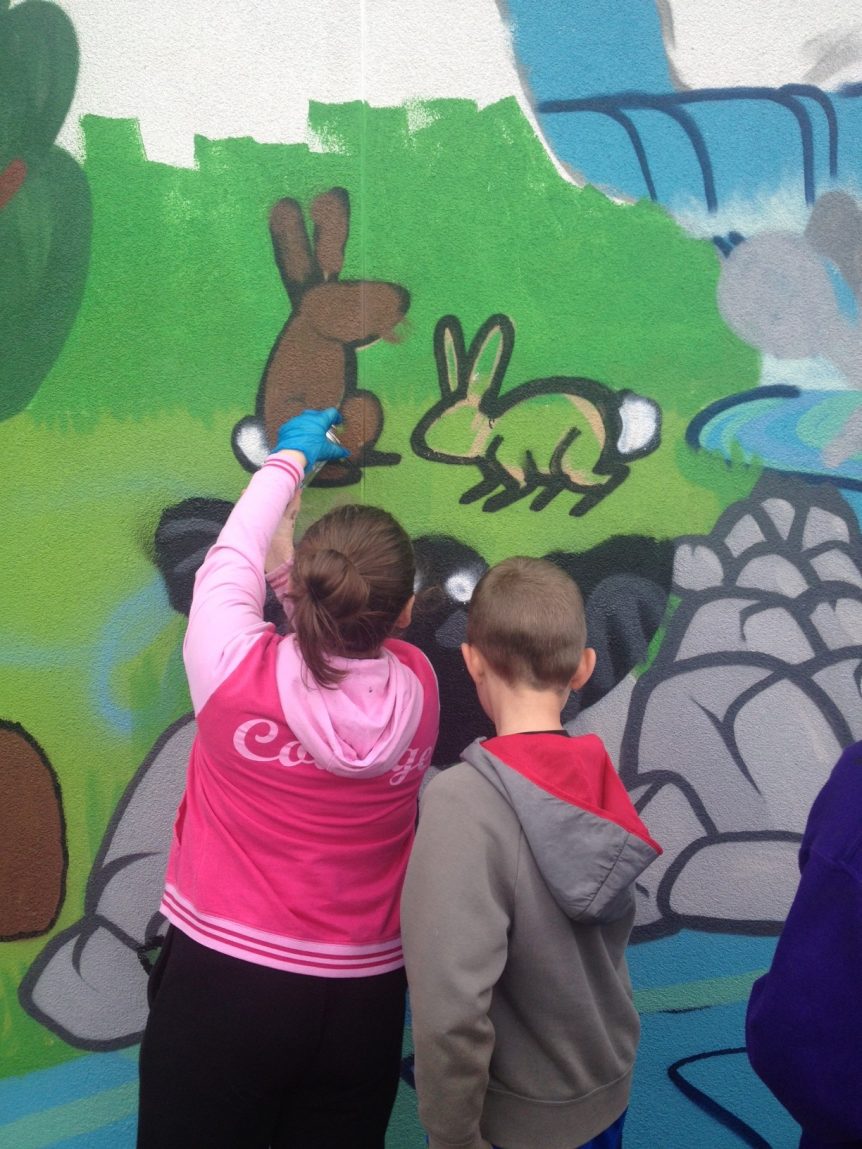 and the finished artwork 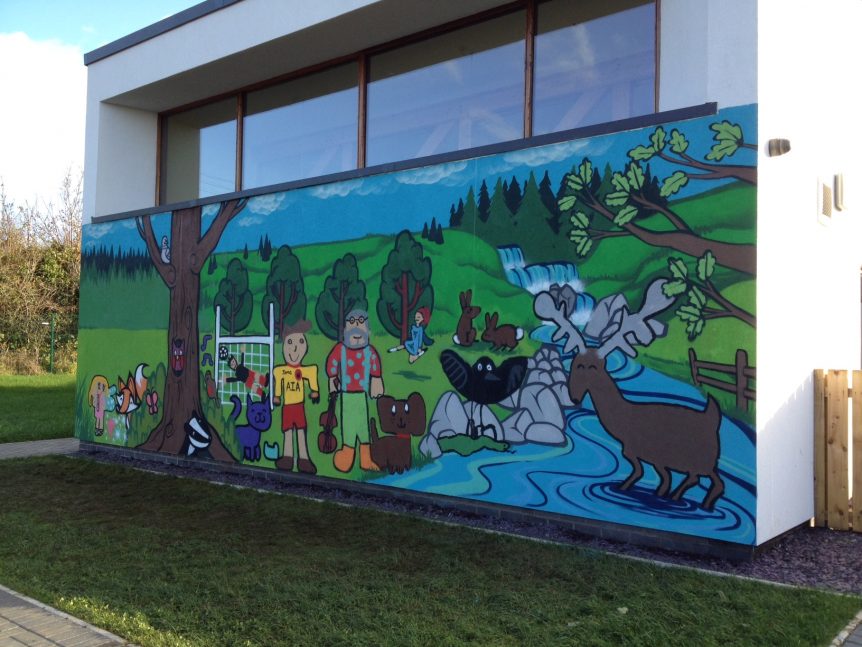