Home » CAP News, News » ‘A Ship called Dignity’ – Beneficiaries with mental health services reached through the ‘Together For You’ project 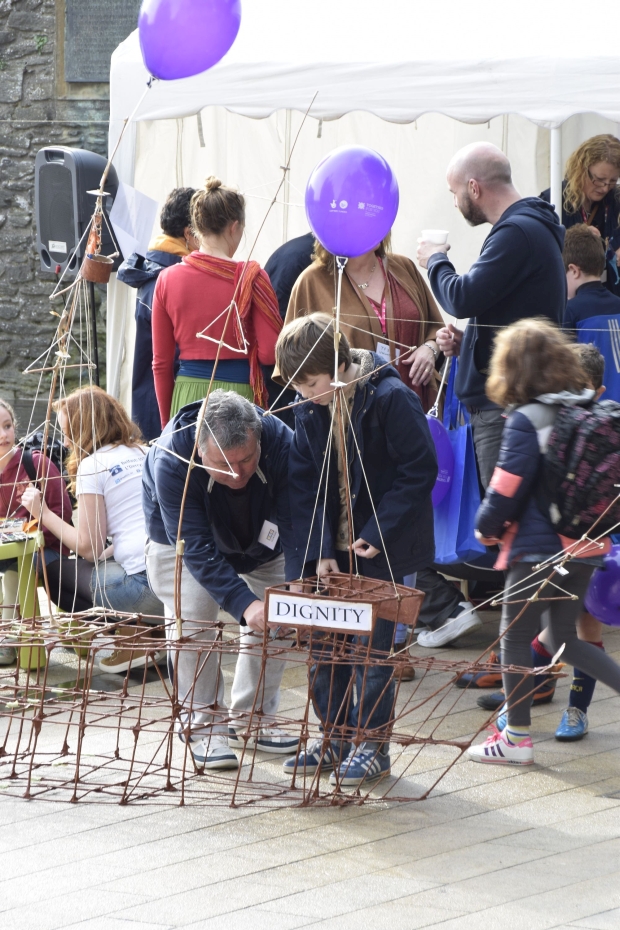 At a conference last week (Wednesday 22nd June) nine leading mental health charities celebrated the achievement of reaching over 52,000 beneficiaries with mental health services through the “Together For You” project, at the La Mon House Hotel.

That’s over 15% of the population of Belfast (333,900) OR the entire population of Enniskillen, Antrim and Magherafelt combined! All at a cost of just £52 per head.

Together For You is a partnership project, funded by the Big Lottery Fund and led by Action Mental Health (AMH), working with Aware, CAUSE, CRUSE, MindWise, Nexus, PraxisCare, Relate NI and The Rainbow Project.

As part of the event, Together For You brought back the ‘Ship called Dignity’, facilitated by the Community Art Partnership, which created such a buzz at a World Mental Health Day event in L/Derry last October.

The Ship formed a centre piece in the La Mon Hotel where the event was held, and highlighted the continued ‘PartnerSHIP’ working between the nine leading mental health charities beyond the life of the Big Lottery Funded project.

The event which took place in the Guildhall Square, London/Derry last October, engaged the passing community as they considered the general themes around Mental Health.