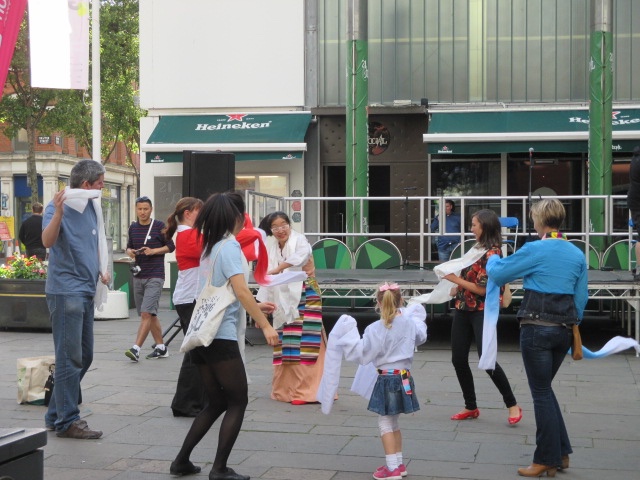 I saw a man taking a picture of an advertisement on Culture Night. I was sitting and watching several people take part in a Tibetan dance workshop, and there he was, photographing a large ad in front of a nearby building. I have to admit that my first thought was, ‘I guess he doesn’t realise that that isn’t part of the Culture Night art’. But then, I thought, who am I to say what is or isn’t art, least of all on Culture Night, of all days of the year?

About a week before this happened, I was reading Erving Goffman’s book Frame Analysis. Goffman was a sociologist who used theatre metaphors to describe everyday interactions, suggesting that almost everything we do is a type of performance, since we choose how we will present ourselves to others (see especially The Presentation of Self in Everyday Life).

At its heart, Frame Analysis argues, essentially, that how individuals perceive or understand specific interactions depends on how they ‘frame’ those actions. This idea is easy enough to apply to art: art is art because it is framed as art, often literally in a frame on a gallery wall; theatre is theatre because the presence of the stage, the curtains, the audience seats, frames it as theatre; and so forth.

But Culture Night blows the frame wide open: art can be anywhere, anything can be art, and most importantly, anyone can make, consume, or interact with art and culture. Art jumps off the walls of the museum or gallery, smashes the velvet cordon that separates us from it, and becomes co-present with us in a visceral way. We can see it, touch it, make it ourselves with our hands and our bodies. 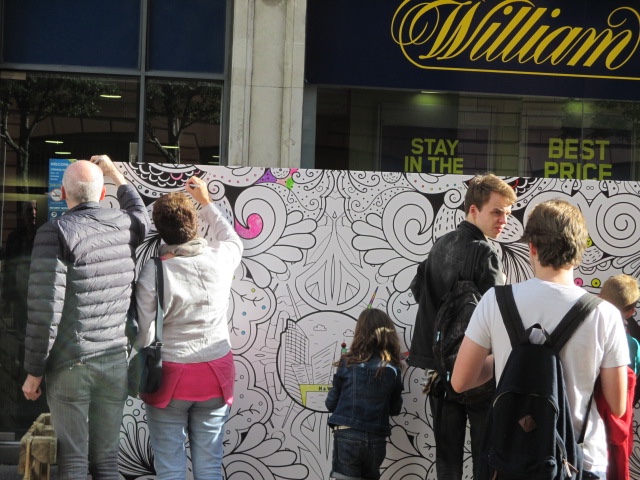 One of the things I especially love about Culture Night is its ability to surprise me with its paradoxes, its contradictions that aren’t really contradictions at all. Some of the best street artists in the world create beautiful pieces for Hit the North, and at the same time a group of local residents decorate a temporary wall of their own.

Car traffic is silenced, and a street becomes a giant table that can feed thousands. The Ulster Orchestra leaves its hall and the subdued conventions of orchestral performance – performers in all black, and don’t clap in between movements, please – and heads out into the street and the park. 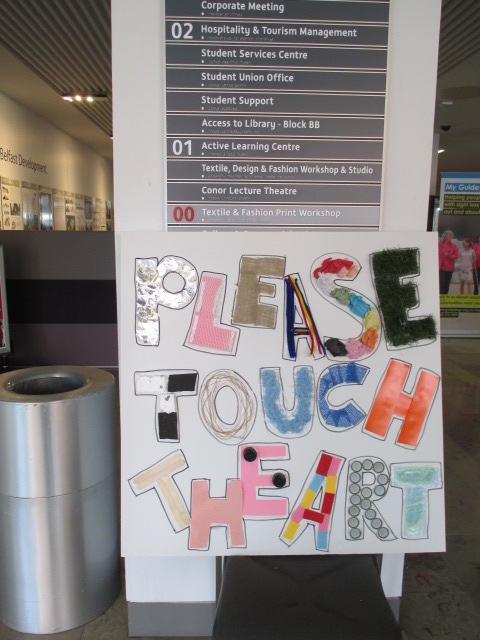 Art and culture jump out of their staid frames and beg us to ‘Please touch the art!’ This is, I believe, what makes Culture Night so special, so vital, to the cultural life of the city.

In light of all that, I suppose it isn’t at all unusual that there was a man taking a picture of an advertisement. After all, if anything can be art on Culture Night, why not the advertising images we pass every day?

For in altering – re-framing – the City Centre, Culture Night allows us to shift the frames we put around these spaces and objects, if only for one night. Even something as seemingly mundane as an advertisement.