I am a firm believer that discomfort is not necessarily a bad thing in performance, and given the content of this piece I believe Njambi McGrath would agree with me. One Last Dance with My Father makes for rather uncomfortable viewing. Ms. McGrath was born and raised in Kenya, and so her narrative is set against the backdrop of Africa’s brutal colonial history.

This particular work sits uneasily between several genres. McGrath is a comedian, and her delivery is that of the stand-up comic. The stuff of this particular piece, however, is a narrative of her relationship with her abusive father, and her long journey to gradual acceptance and forgiveness. The material is deadly serious, and the piece often feels more like oral history or storytelling than it does comedy.

The Out to Lunch Festival branded it ‘theatre’ in the programme, a somewhat apt descriptor, and Ms. McGrath herself referred to the piece as a ‘performance’, which seems the most suitable description given its rather unusual position between genres. So, immediately there is already a certain amount of discomfort as we, the audience, try to figure out what exactly One Last Dance with My Father ‘is’; where it fits within our pre-made classifications of artworks.

The real discomfort, though, stems from the juxtaposition of tragic personal stories of trauma and McGrath spares no detail here when she describes the abuse she and her siblings suffered, using quick one-liners in the style of the stand-up comic. 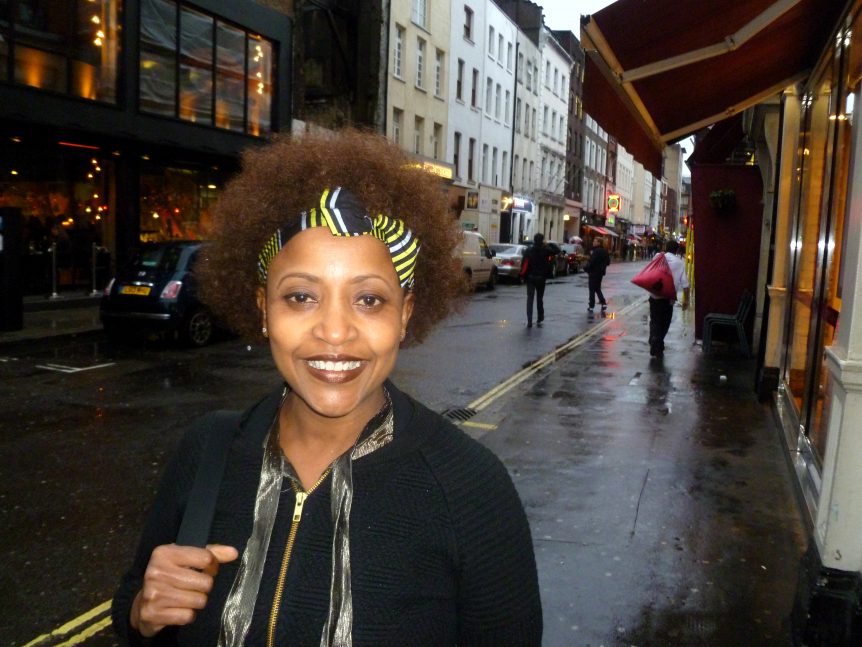 While it is something of a cliché to say that ‘nothing is off-limits’ in a comedy piece, it is an entirely accurate description of this work: domestic violence, back-alley abortions, and female genital mutilation all get a mention, as do the dark realities of the colonization and exploitation of Africa.

I could feel, often, the audience members around me wondering whether or not they ought to laugh. It’s rather an unusual position in which to find oneself, and probably not to everyone’s taste. And yet there is, I believe, a value to this discomfort.

This piece foregrounds the troubled relationship between comedy and tragedy. Particularly since the suicide of Robin Williams, we have societally become more aware of the ways in which comedy can be used to mask pain and trauma. And this is a very important thing.

But I think we’re less comfortable discussing the ways in which the two elements can exist openly together in the same moment, the bitter laughter in the midst of tears, sorrow simultaneous with joy. Sitting with our discomfort, we are confronted with the complexity of human experience and emotions, even as we struggle to understand and articulate our own emotions in response to the work.

What Ms. McGrath truly does well, though, is remind us that the personal is always political, and the political always personal.

Her parents were illiterate, she tells us, because of the Mau Mau Uprising; her father became wealthy because of Idi Amin. As I mentioned previously, the entire narrative is set against the backdrop of Kenya’s history, and it is to this history that Ms. McGrath turns for answers to her questions about her father.

It is because of this history, she reveals in the final moments of the performance, that she chose to forgive her father, as she comes to empathize with the abandoned boy her father had been.

I felt rather dissatisfied with the work’s ending, as forgiveness to me seems a much more complicated and fraught process than described here, particularly when speaking of the forgiveness of an abusive parent. The performance felt almost unfinished, so sudden does that forgiveness seem. But perhaps there is something in this too, a gesturing at the fact that the process of understanding and forgiving the past is unfinished, that it is ongoing and difficult.

“One last dance with my father” took place on Tuesday 24th January at the Black Box, Belfast as part of the Out to Lunch Festival

Kayla Rush is an American living in Belfast. She is currently a PhD candidate in Social Anthropology at Queen’s University, where she is writing her doctoral thesis on community arts in Northern Ireland. She also plays the French horn in several local ensembles. You can find her on Twitter: @KaylaRush728