Painted Bird are a Performance Art Theatre Company which combined screen projected animation with performance to represent this chosen poetic work; attempting to show the work in a fresh and artistically interesting way.

I was keen to witness their interpretation of Heaney’s debut collection ‘Death of a Naturalist’ given that I had missed a previous commission, a performance at the Seamus Heaney HomePlace back in October.

The result was not altogether disappointing. 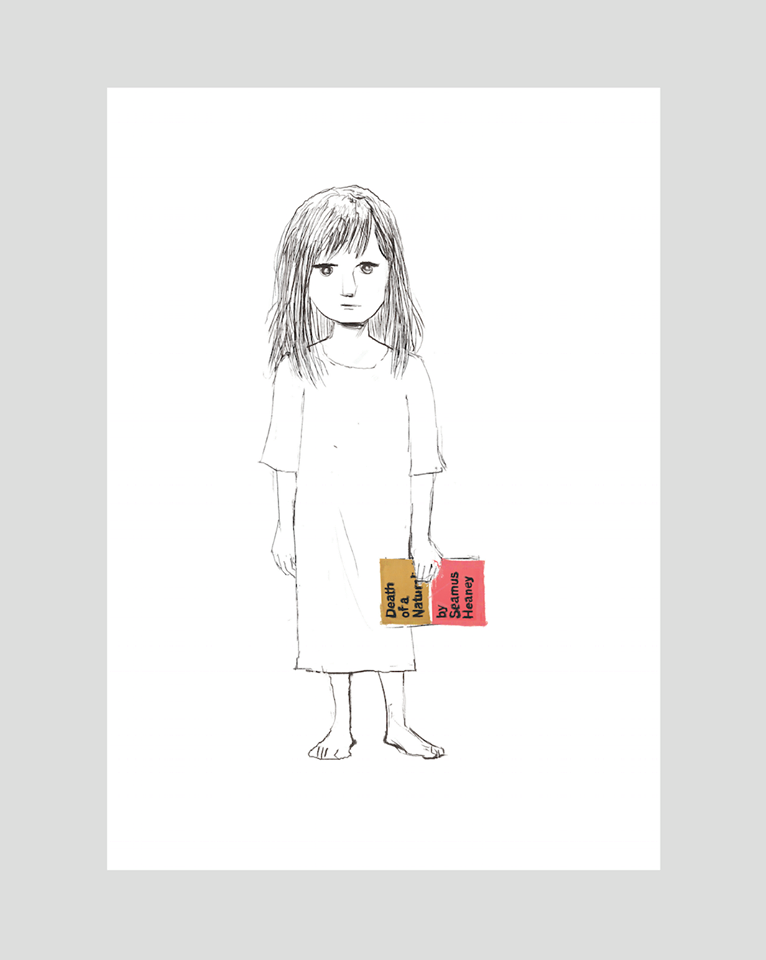 The show consisted of a title projected on a screen, followed by a tailored animation to fit with the poem, a different voice narrating on each occasion.  Each title was delivered in order of the contents list of the collection, although I’m almost certain some poems were not included.

A few of the poems seemed to be earlier drafts, not matching up with the versions I had with me in my copy of “Opened Ground”, the selection of Heaney’s work from 1966 – 1996.  This did not necessarily take away from the experience, rather lending a feeling of ‘origin’ to the proceedings.

One particularly clever animation was that of the poem ‘Follower’. The poem is about the young Heaney following in his father’s shadow, finishing with the roles reversed as the father becomes the ‘follower’ in the twilight of old age.  Using the voices of man and boy echoing each other throughout the recitation proved an effective way to bring the poem alive.

The evening ended after 35 minutes with a short speech from Chris Murphy, a naturalist, ecologist and birdwatcher, who implored the audience to continue to oppose plans to put a motorway through ‘Heaney Country’, citing the bird life around Lough Beg that he believes will suffer greatly from any such developments. 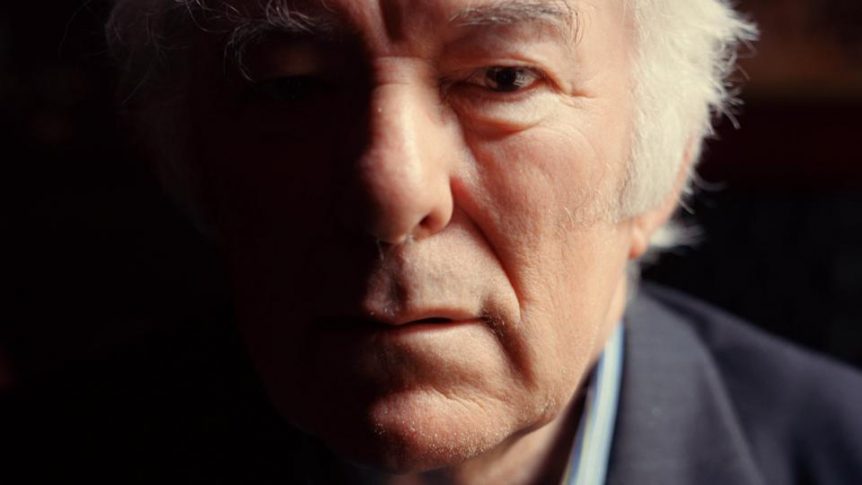 It is possible this work might have been suited to a smaller venue, it wasn’t exactly an extravagant offering, nevertheless, it was an interesting rendition of Heaney’s work.