In my six months living in Northern Ireland I have had few opportunities to experience cultural activities and tonight, thanks to the Monthly and the Out to Lunch Festival, I am experiencing traditional Irish music for the first time.

My understanding is that this group, Na Leanai (“the children” in Irish) is a group which has an impressive lineage. They are the children of Sands family members, and the Sands family are, as I understand it, a very important musical group within the Irish traditional genre. 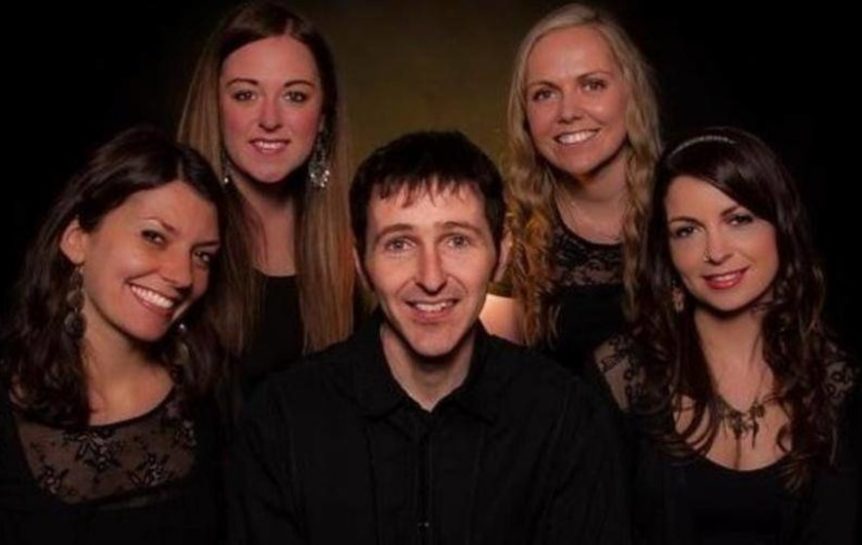 My first impression from the stage was a truly powerful image of a young generation confident in carrying their roots, but able and open to adapting and changing the musical form. Yes, they share blood lines, along with childhood memories and passed-on knowledge, but they project a sense that they add in their own elements to the show; that they make a contribution to the genre. The intense and vehement pitches made me wonder how similar this music sounds to classical Indian music. I would say that in some cases, to my ears, the underlying sounds were indistinguishable.

As the show veered towards songs with a geographical orientation, Irish places names were referred to, this led to a much higher level of audience involvement.
At this point the show became mesmerizing, my untrained ear detecting a blend of traditional and modern music. There was a clear connection with the audience, and the audience responded, tapping their feet in sync with the music.

The song “Bring them all in my heart” (I’m hoping that I have the correct title), was the quintessential ending to the event after which the group reappeared due to an overwhelming response from the audience. They sang a unique rendition of Auld Lang Syne, the one song that almost everyone in the audience appeared to be familiar with.

Attending this event has made me want to investigate more local sounds and cultural offerings while I am here. Beyond that I have found myself researching what is known as the Celtic-Vedic musical connection.

This connection according to recent research was initiated by meetings between the Druids (Celtic priests) and the Brahmin (Hindu priests) thousands of years ago, possibly in Europe, as people from different cultures migrated beyond their own geographical confines.

They shared myths, stories, songs and cultural orientations, and these elements, so some theorists suggest, are contained in both Irish and Indian music today.

Despite having no knowledge of the Irish folk tradition or any knowledge of the group, Na Leanai, I found myself able to connect with the music because, I think, of the underlying rhythmic and melodic orientation which I found similar to that heard in my homeland.

Ashwin Tripathi from Lucknow, India is studying for a Masters in Social Anthropology at Queens University. She is interested in Tribal Studies and Folklore.