How long has the Out to Lunch Festival been in existence?

We have just finished the 12th year.

The first Out to Lunch festival took place in January 2006. The festival came about as a response to a call by Belfast City Council for projects which would celebrate the centenary of Belfast City Hall.

There was a small grants fund made available and this happened just after I had been at the Edinburgh Festival where I saw a venue which was a refurbished container lorry, the Theatre Truck. The man who owned the lorry had converted it into a 42 seater Victorian Theatre and he was programming shows and they were selling out. I thought this was a great idea and wondered how I could do something like this in Belfast.

I put in for a festival in January, we were successful with the funding application and were offered a small amount of money to run a festival.We got the truck over and we programmed 20 events during lunchtime and had the John Hewitt bar provide pots of stew and the festival was a great success. 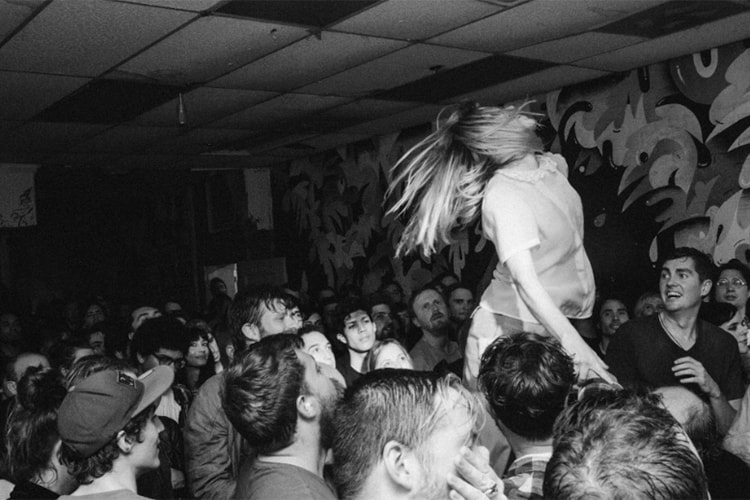 Was the intended audience, initially, workers in the city centre who had 1 hour for lunch and were looking for something to break up their day?

Yes. Initially the idea was that there a lot of people who are supportive of the arts, who would like to go to see plays, comedians, poetry readings or musical groups, find it difficult because once they get home it takes a fair bit of energy to get back into the city centre, especially during the week.

Now we knew there were plenty of people who wanted to go to see arts events and we also knew that the impact would be substantial, especially in January where the arts sector shuts down to an extent.

We borrowed ideas from various places, a venue in Glasgow which put on “A Play, A Pie and a Pint” at lunchtimes, Bewley’s Theatre Café in Dublin, serving soup and sandwich and an arts event. I did feel that there was an underserved market. Other European cities would have a tradition of theatre and music events during the day, Belfast had never really had that tradition.

So you started with a particular approach, workers in the city centre going to shows at lunchtime. Has the audience changed over the life-time of the festival?

We have found that we have tapped into an audience, a demographic that hadn’t really been catered for over the years and that is an older audience, many of whom live just outside of Belfast. People who have time and the finances to spare who are looking for arts activities. We have those people coming by bus from all around Belfast to attend the events, they enjoy the format and they get to see professional shows at a time that suits them. So we effectively have tapped into two areas which were not catered for previously and we run the Festival at a time when it offers a real dynamic to the month of January which didn’t exist previously.

We took a risk, it wasn’t completely thought out initially but we had some idea of who we were aiming our Festival at and we’ve been very successful and it’s now an annual event which grows its audience a few percentage points year on year.

How do you programme the festival? Is it simply gut instinct or have you formed a theoretical approach?

It would be an easy trap to fall into to just rely on shows or events which relate solely to my personal taste, I think you have to have processes in place which mitigate against that happening.

I’m very conscious that there must be a balance across arts forms, so Theatre, Literary works, Spoken Word/Poetry, Comedy, and Music are the key art forms we look at and within that mix music will occupy around 50% of the festival. There is a series of reasons for that; accessibility, cost, and promotion.

However, there are a number of issues to consider. We have an hour and we are tight for time, shows need to be such that they can be performed in 45 minutes, and we have a limited budget, so they need to have low overheads.

We also have to ensure that we are delivering shows which are performed at a high level, the shows have to be professional and a relatively high standard.

There is also the question of developing an audience for the programme as a whole rather than just catering to a comedy audience or a music audience. We want to encourage people to attend a spectrum of the shows.

When we programme the theatre shows, and I consider it important that there are plays, spoken word shows, literary events, we need portable shows which have an interesting story to tell. They have to be low maintenance, have a natural feel to the performance and given our time frame, that it’s at lunchtime and we are limited to an hour, the shows really shouldn’t be high concept pieces of work.

We don’t programme avant-garde theatre for the Out to Lunch festival. So each show has to have a way into the material which occurs pretty quickly and which the audience can grasp quickly.

So we need shows which have integrity, which are compact, and which allow people to tap in to the concepts quickly.

How are you alerted to shows?

Well it’s a curated festival, so I would be on the lookout for shows from July/August and I would go to Edinburgh, Dublin and I would be keeping my eye out for other festivals which happen either before or after the Out to Lunch Festival.

We do get managers and management companies contacting us now because we fall between other festivals. The festival takes shape, availability plays a big part and we have limited funds but we slowly build up the bricks of what we think is a good programme.

If you have built up an audience and you know that the two strands of that audience increases in a manageable fashion each year what about developing audiences from other areas – areas of deprivation for example?

We put forward good quality shows, they are in good quality venues and they are priced at an affordable rate. We encourage people to attend, we promote the shows widely and we do get some people coming in from areas where there would be a consideration regarding deprivation.

We don’t have the funds for good quality development work in areas where people feel that they are not being engaged with, and I believe firmly that the work of developing audiences should be meaningful. There is the question of building up trust, of offering some education around say Theatre for example and of having someone engaged solidly with communities.

We simply don’t have the finances to do that.

I’m open to people approaching me to see if we could programme special events for future festivals. Dr Phil Hammond’s show on the NHS could have been something that we could have looked to programme an additional show in communities that might feel they haven’t been engaged with. 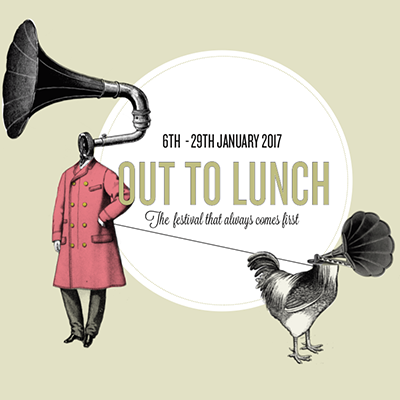 This year there were some changes, particularly with programming events in larger venues.

Yes, this year we took a little bit of a leap. We programmed Mary Chapin Carpenter in St Anne’s Cathedral. It is quite expensive to do that, PA, sound, lighting and staging. We charged £24 and we sold out. People could see where the money from the ticket price went and the show was wonderful.

Billy Bragg was a special event at the Ulster Hall. Again that worked well. He has a new show, he is working with a singer-songwriter called Joe Henry. It seemed like a good time to get him over to Belfast. We sold a lot of tickets for that show.

Does that mean that you have to factor in festival expansion, that part of curating and programming a successful festival is to factor in growth?

There are a couple of things to factor in to this equation. I think some of our audience has migrated to Out to Lunch because they find our pricing more affordable and the programming a bit more relevant to their lives. Its a very welcoming festival.

I also need to look at expansion in terms of looking at ventures which may help with the financing of the festival. Our Arts Council funding has effectively stayed still for 9 years and cuts to the Arts budget hasn’t helped matters.