We were notified of our acceptance to the Community Arts Partnership’s ‘Poetry In Motion’ scheme at the start of the school year. The school had applied initially some years ago, and had been able to renew the application to be considered for subsequent years without any hassle, so we were very pleased to find out in September that we would be taking part in the 2016/17 cycle and had been assigned Marion Clarke as our working poet.

After a half-day training workshop in Belfast, during which the teachers were made aware of the scheme’s goals and its structure, the visits began. Our poet was able to spend up to 6 hours (at a maximum of 3 visits) with the participating students, and these sessions were a lovely, buzzing hive of creativity! 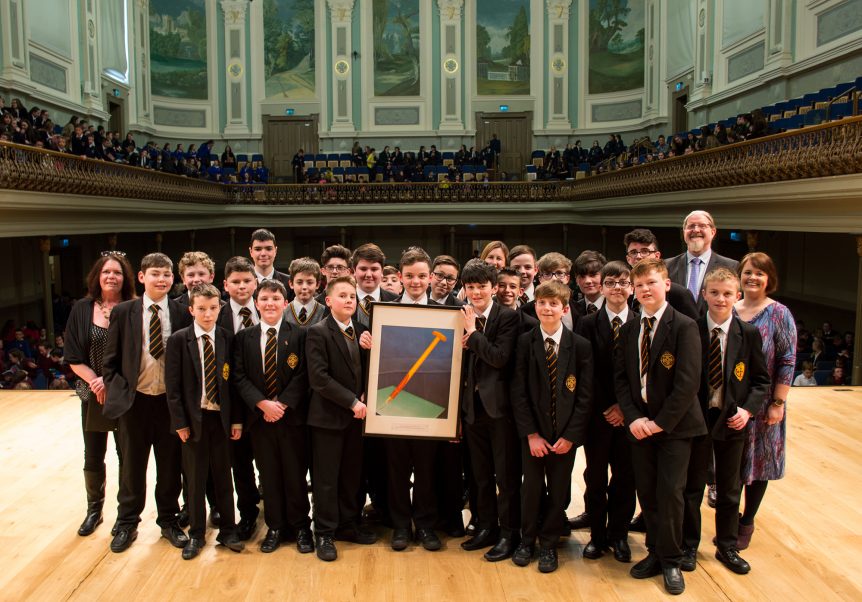 Class 9 Donard had studied poetry within our schemes at the English department, so I knew there was plenty of talent to be dug out of them! However, what the boys really responded to was the creative freedom. They weren’t confined to any particular subject or poetic form, the way they might have been in an English assessment task.

Although Marion is a master of the short Japanese form of poetry and the boys produced plenty of tanka, they were also encouraged to bring in meaningful objects and to use images, photos and paintings as inspiration. They were even wielding pastels to illustrate their work on one occasion to help draw out imagery within the poems.

The boys themselves responded really well to this type of work. On hearing which poems were selected for the anthology, the chosen pupils seemed delighted and surprised. I was also pleased as there were some gems produced from pupils who don’t always score highly in their English assessments, but were obviously inspired by the workshops and produced some lovely pieces.

Being selected for the Seamus Heaney Award was something the pupils will never forget! Words such as “overjoyed” and “shocked” have been thrown around, but the whole experience was hugely positive and the class would “highly recommend participation in this programme to other schools.”

From my point of view, it has been a joy to see the delight and enthusiasm that this scheme has generated; a true highlight in my professional experience.