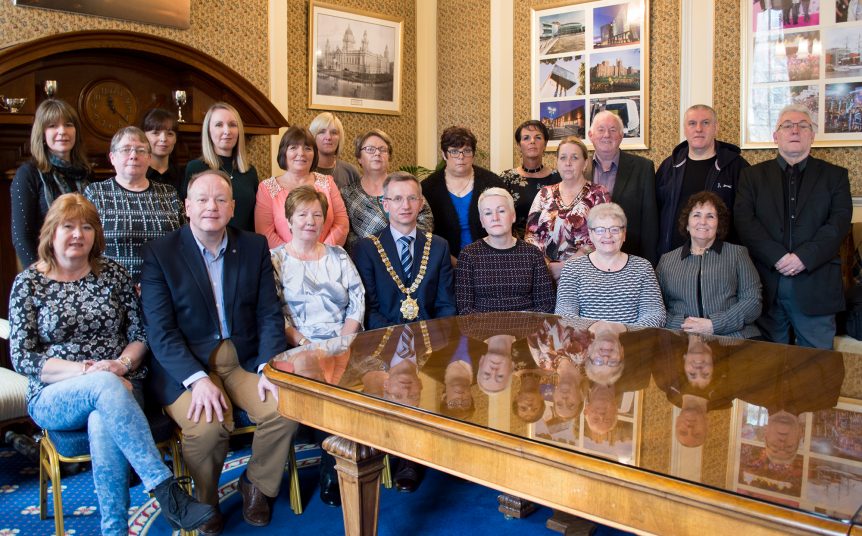 Some of the participants who took part in the “All Names Known” creative public consultation were invited to the Lord Mayor’s Parlour last Friday morning. A group of twenty people were met by Alderman Brian Kingston, Lord Mayor. Also attending were William Humphrey MLA who supported the campaign throughout and Rose Crozier, Deputy Director of City & Neighbourhood Services, BCC.

This group, who is lead by Agnes Close, were commended by the Mayor for their support in campaigning for a memorial at the Public Baby Plot in Belfast City Cemetery. Council has agreed to support a memorial and aim to have a piece of public artwork in place for the end of the summer.

The creative public consultation “All Names Known”, was facilitated by Community Arts Partnership and involved artistic techniques to approach the highly sensitive issues relating to this context. Over 300 people were involved in this process. CAP is especially proud of this work which has reached a very successful outcome.