Home » The Monthly » The Monthly interviews Charlotte Dryden, CEO of the Oh Yeah Music Centre and Director of the Women’s Work Festival – Part 2

So how did the Women’s Work Festival come about?

There were a number of elements which brought the Women’s Work Festival together, it evolved, almost incrementally, over time. We had been celebrating female artists for International Women’s Day for a few years and I guess the first seed was sown when I noticed a photo in our music exhibition of local musicians purely by accident rather than design, featured men, and only men. It got me thinking that  it would be good to add some balance to that photograph by putting out a call for female musicians for another photo. Around 30 women came down with very little notice and that photo has been on the walls of Oh Yeah since 2010.

The year after that photo was taken we thought we needed to go a bit further, and by that stage there was a global conversation regarding women in the music industry, the treatment of women, sexual harassment of women, the lack of women performers at festivals and the lack of women employed by the industry. We wanted to be part of that global discussion.

We looked around for someone to highlight who might be considered a role model for women in music, and Kate Bush announced she was doing a series of come-back concerts. So we ran a night dedicated to Kate Bush.
Following the Kate Bush event we dedicated an evening to Bjork. Bjork, at that time had just recently been interviewed by Jessica Hopper at Pitchfork, where she said she often felt invisible as a producer and wanted to encourage young girls to be confident and own their place in the studio. So that seemed like a perfect fit with what we were aiming to do. 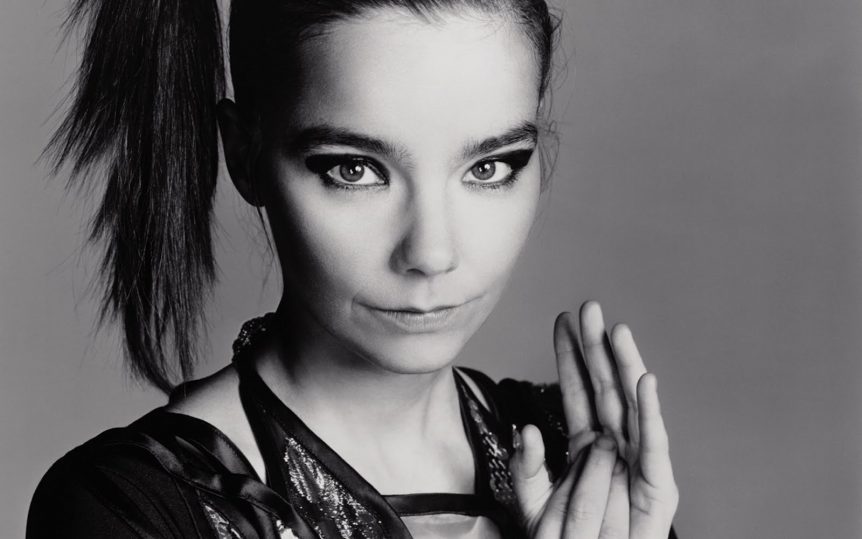 From there a group of us got together to discuss the possibility of a festival celebrating women in music. My colleague Paul Kane encouraged me to apply to the Xchange programme which was seeking new proposals from people that wanted to make positive change in NI and wider society. My proposal was successful and we started planning.

The key arguments were firstly addressing the balance. We needed to point out that a lot of evidence had been gathered which showed that women were under represented in all aspects of the music industry. The second element was building the confidence and capacities of young women so that they could create opportunities for themselves, either on the performing side or on the events management side.

Yes, that was last year and we had high profile guest speaker, Jessica Hopper, an American music journalist who at the time was at the forefront of the discussion around women’s rights in the music industry. We also had Annie Nightingale, the first ever female DJ at BBC’s Radio 1, and who was able to discuss with us her 50 year career in the industry. There were had lots of featuring local women, in bands, as solo acts, as DJ’s, covering all manner of genres and musical orientations. That first Festival was a huge success and so we have built on that this year. 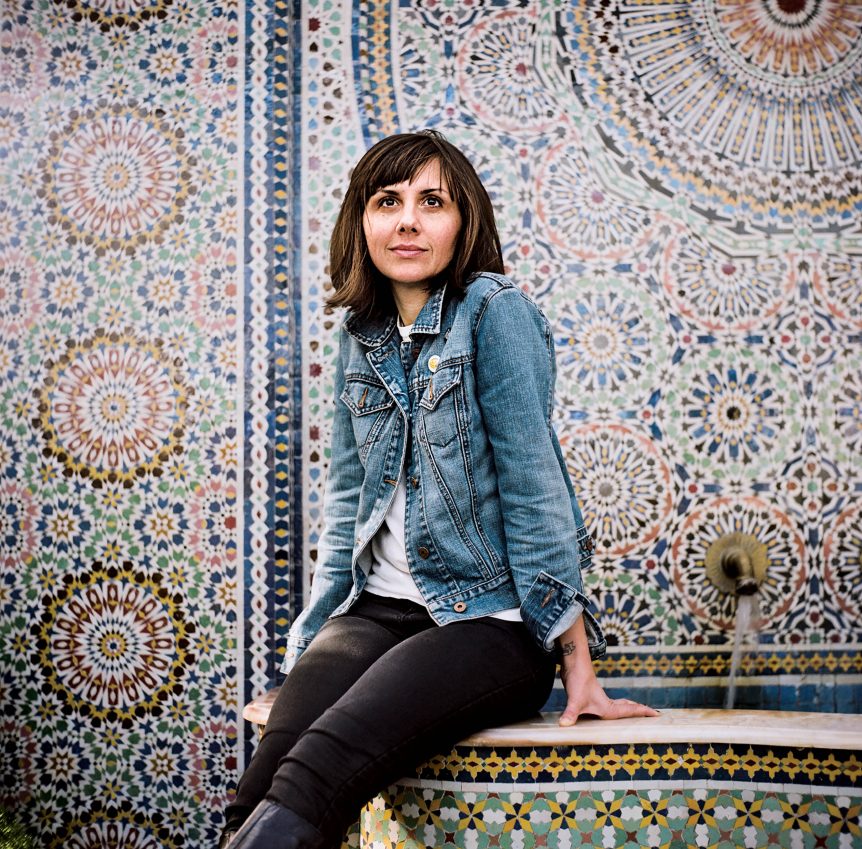 What were the highlights this year?

We had a number of aims and objectives with the festival. We started with organising an updated photograph of female musicians and performers from the local music and creative scene. Over 80 people turned up and it featured heavily as a key image as part of this years’ festival. We organised gigs by prominent local musicians, Katharine Philippa for example played a rooftop gig here at Oh Yeah. We had a showcase night with 12 acts from Berlin, Belfast, Derry, Dublin and Bristol, all top talent featuring women on guitars on drums and more. Girls Rock School NI was a real hit; they’re doing important work providing tuition for women of all ages. There were panel discussions and workshops, a Women’s Work rave, and a DJ night.

One of the areas I was keen to highlight is the question of diversity. We have a long way to go with regards musicians from an ethnic minority background being fully integrated into the music industry locally. This year we organised a photography project where we focussed on women from a diverse range of backgrounds who impact on what happens locally in many different areas of life; from community workers, to festival organisers, to anti racism campaigners and musicians.

We held the Nina Simone tribute night, partly to emphasise why the political orientation of some prominent musicians matter, and Nina Simone was certainly an advocate and campaigner against racism and for civil rights. Now that gig had a real diverse range of musical styles, from Torch, to Jazz, to Funk and Groove; we had Mirenda Rosenberg, an African American performer who lives now in Ireland, perform Blues, Jazz and Soul. That gig sold out very quickly and was definitely one of the highlights of the festival.

We think we covered as many bases as our capacities would allow and already we are starting to think of expanding the range of what Women’s Work as a concept can do. 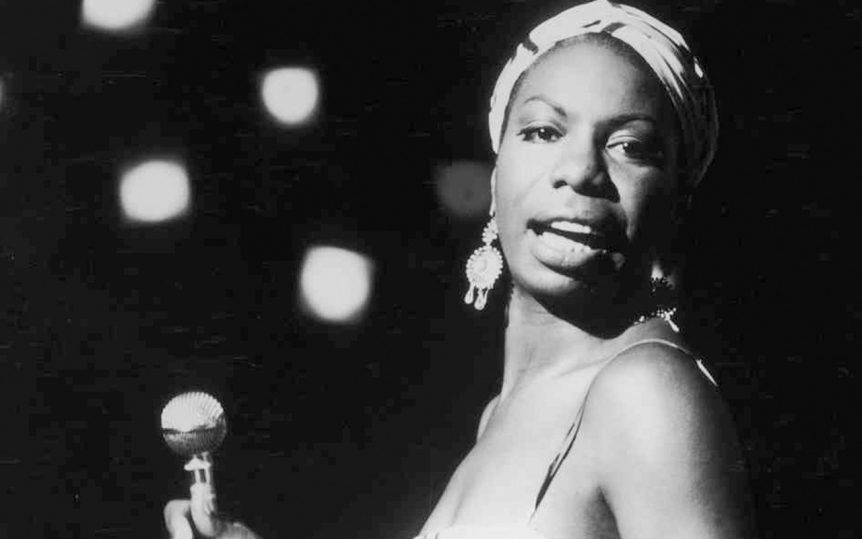 The situation regarding women in the music industry is far from ideal. Women musicians and performers are under-represented in major festivals although it has improved over the last few years thanks in part to the global debate.
But, throughout the industry, from professional songwriters, to sound engineers, mastering engineers, producers, almost any area you look at with perhaps the exception of administration, women are severely under represented.
That situation isn’t going to change overnight but by having the workshops; during women’s work we put a spotlight on Sylvia Patterson, a music Journalist who had quite a career worth exploring.

Mandy Parnell is a mastering engineer who had worked with Bjork, Aphex Twin, The XX and many other top performers, to show that it is possible, that women given the right opportunities could consider something like this as a career option. We also showcased Go Girl, which is a collective of local young women aiming to work together as a collective to build capacity in all aspects of the local music scene.

Do you think Women’s Work is making a difference?

There are plenty of myths and plenty of arguments as to why women are less likely to be found in key areas of the industry, let alone that acts featuring women are under-represented in festivals line-ups and showcase events.
The role of Women’s Work is to aid in addressing that balance.

Belfast has a thriving music community, and women are a key part of it, so if a discussion is happening elsewhere I want Belfast and what is happening here to be included in that discussion. I think we have achieved that in small way so far and the hope is to build on what has been achieved in the coming year.