Home » The Monthly » Theatre of the Absurd: A Night in the Company of Earl Okin by Aaron Drain

In anticipation of Earl Okin’s turn in the Black Box, I tried to familiarise myself with his musical output as much as I attempted to come to terms with his legacy and the fanfare that surrounds it. Celebrated as more than simply a musician plying his trade, Okin has had a long and fruitful career dabbling in comedy, covers, and cabaret-style variety performance. Something of an institution, he was signed to the same label as the Beatles, recorded in Abbey Road Studios, and toured with the likes of Van Morrison and Fairport Convention. Going in, and with these points at the forefront of my mind, I truthfully didn’t know what to expect from the show, but I can assure you that what followed was abstract, semi-terrifying, and yet produced acute moments of real delight.

Immediately, the fact that the Black Box is partitioned so as to hide the back half of the room raises a red flag, but it’s early, and the twenty or so people dotted around tables close to the stage is surely a symptom of Sunday night punctuality. Shortly after though, it’s apparent that my fellow patrons would ultimately make up the full audience for this evening’s soiree. Poor turnout nonetheless, cheers ring out as Okin walks on to the dimly lit stage, and as he picks up his guitar and makes a few cursory introductions, the image of the man is nothing short of jarring – thick, square-framed glasses, vintage tuxedo, and what I’m 99% sure is a hairpiece, dyed and limp upon his forehead. Clearly, this is all part of the gambit; a hilarious set piece adorning our entertainer, a uniform of pantomime proportions. But the joke is lost on me, I’m afraid to say. 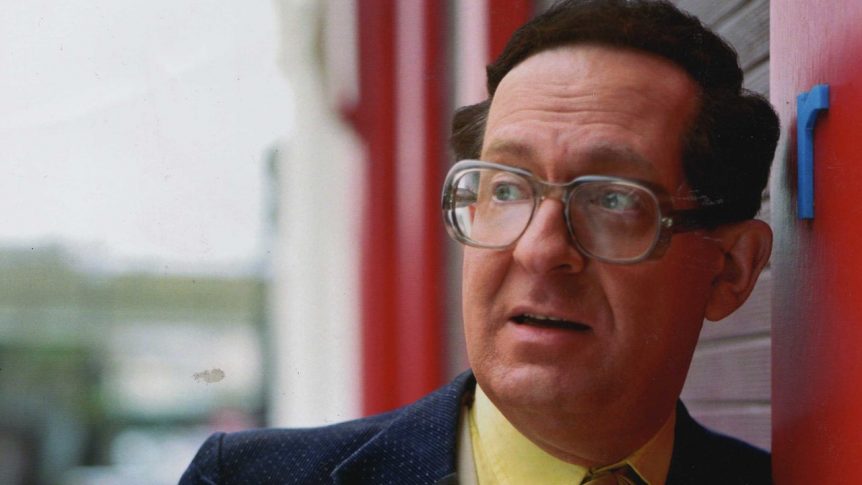 Okin charges full into song, delivering “comedic” tunes about adolescent sexual adventure and British sexual repression with a straight face, intermittent moans and groans, and heavy breathing. How anybody could find the likes of ‘My Room’ or ‘Bessie’ side-splitting is one of life’s great mysteries, but musically, Okin, it turns out, is fairly mesmerising. His grasp of jazz, and specifically bossa nova, is enviable. His shtick, however, is not.Asking the audience if they can hear the guitar at the back, one is tempted to reply that, well no, they can’t, because there isn’t anybody there – but maybe this is all part of the grander plan. Maybe, and bear with me here, maybe this is supposed to be bad. Could it be that Okin, at times purveying worrying levels of sexism and xenophobia (Germans, French, even the Portuguese get airtime and bad accented impressions), is actually in on the gag? Has this celebrated entertainer surpassed and elevated what us mere mortals consider to be tongue-in-cheek? It’s difficult to say for certain due to the nature of the performance – brazen but confusing double entendres, lyrical juvenility, and the bewildering juxtaposition of diatribe and song.

Trying to come to terms with what I’m witnessing, and given the majority of the audience react with bursts of laughter and glee at painfully unfunny segues, I increasingly begin to wonder if this is all a set-up. Have I been sent here, pen and notebook in hand, as part of some complex practical joke? Am I simply a cog in an arrangement dreamt up without my knowledge or consent? Or, perhaps more realistically at this point, had I perished on my way into Belfast city centre and some divine power placed me into a surrealist limbo, architected by the mind of David Lynch? Hard to tell, but typing this now – I’m alive and Earl Okin, when he isn’t breathing laboriously into the microphone, or imparting lewd commentary upon the sexual practices of the audience, is a bloody good jazz guitarist.

But more than that, Okin – though of his time and I’m not quite sure what that time is or on what plane of existence it traverses through – understands the limitations of his craft. His voice, soft and professedly alluring as he speaks (it makes you feel a bit dirty, but not in a good way) translates to a singing voice that shines when it isn’t trying to seduce you. He emulates a trumpeter, pursing his lips and playing runs and scales atop mellow chord changes that are beautifully hypnotic. His tone is warm and pained, pairing deftly with the fretwork he’s a master of. ‘Drinking Yesterday’s Wine’ is an argument for the man to lean less on the jokes and more on the music. If anything, that style of song, the inclusion of a physically comedic version of ‘My Way’, and an allusion to a knack for songbook classics, portrays Okin as a capable and talented artist. The problem remains that, for every other aspect of the performance as a whole, I’m still waiting on the punchline.