What brought you to stand-up comedy?

I have been a fan of stand-up comedy for quite some time, but I never considered doing it; never considered taking it seriously enough to actually write material and work out how to perform that material, until very recently.

I have a lot of friends who are artists, mainly in textiles or visual arts, and it was through having discussions with them that I thought “what is it that I could do?” with regards an art form or some form of expression.

It really hasn’t been any more recent than the last 6-8 months that I decided to give stand-up comedy a go. While I would have enjoyed watched stand-up comedy on TV – such as “Just for Laughs” a television show about the Canadian comedy festival of the same name – I had never considered writing jokes, let alone telling them on stage.

What had you been doing up until the past few months?

I went to University and studied Sport and Exercise Sciences at undergraduate level. I’m working in Security at the moment, having just finished a Masters in Sports Psychology.

I have no performance background at all. I’ve never been in a band – although I have some idea how to play a guitar – or done any performing; I’ve never acted or anything like that.

So how did you go about working out how to do it?

I decided that I needed to go and watch some local comedy to see if I would be able to do it. I went online and found that there was a local comedy night at The Pavilion on Monday nights.

Now, I did think that I have made people laugh in social settings and I have had to give presentations where I have included humour, but I was very aware that there is a huge difference between a social setting and telling a joke to your friends and going on stage and delivering material.

I went to the Pavilion and saw what local comedians, who weren’t necessarily professional comedians, like those I would have seen live or on TV, were doing. I watched how they put forward their ideas, and how they delivered their sets and from there I set about writing my own material.

I went through three distinct phases in my writing process over a period of a few months. Firstly I started writing material; just ideas, to see how they looked on paper. Then I worked on a set of jokes. Now I did go through a situation where I thought “I’m not funny”, and I had to get beyond that otherwise I might have stopped well before I got to the stage in the Pavilion.

I just kept working on ideas and jokes. 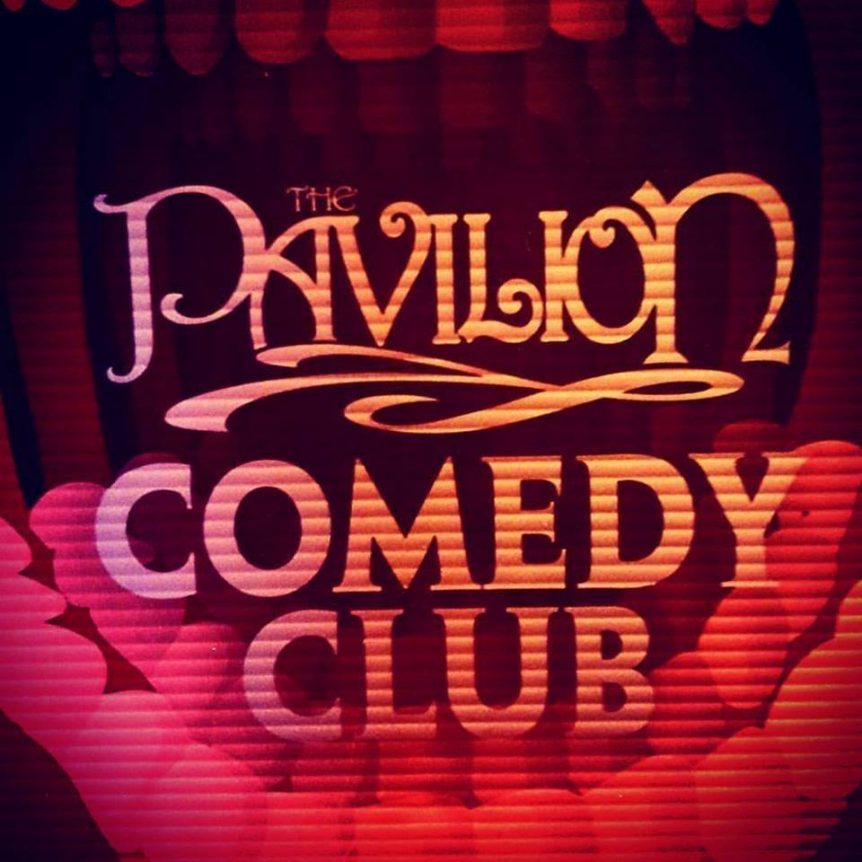 What happened when you first went to the Pavilion?

I can remember when I first went to the Pavilion by complete chance I ended up sitting at a table with someone who I had never met before, but after a brief introduction it turned out he was a local comedian, relatively new on the scene with about 6 performances already.

We ended up talking comedy most of the night, and it was great to see how we both thought along the same lines and even shared similar ideas on the processes of writing comedy.

Not only were the similarities encouraging but like the majority of other comedians I have met since, they are always very supportive toward anyone thinking of getting up on stage themselves.

How did you go about approaching the organisers for a spot on stage?

Initially it was one of the organisers, after recognising me turning up a couple of weeks in a row , who asked me if I was looking to give it a go. At that stage though I wasn’t confident in the material I had, and was still yet to develop a performance style, or at least one I thought would work.

It was only after almost giving up on the idea of trying stand-up, and the subsequent change in direction of delivery, that I asked the organiser to put me down for a spot. Knowing there was a waiting list, it gave me time to select what material I wanted to use, and develop it into a set.

I remember being woken up on the Monday I intended to go to the Pavilion and sign up by a nightmare where I had gone to perform and couldn’t remember any jokes. For me, I couldn’t have got a clearer sign that I had to try stand-up.

Did they offer you support? Did they encourage you?

Everyone I have thus far met in the local comedy scene has been nothing but encouraging. Almost to the point it was surreal; here were these people who hardly knew me, had no idea what my thoughts on comedy were, what potential material I had, even what kind of comedy I would attempt yet anytime I mentioned I was thinking of giving it a go everyone would tell me to go for it.

In terms of support I am sure people would be there for you if you needed or asked for it, although for me I kept my cards close to my chest. Not only did I keep my content to myself, but also what style I was going with. In my mind I was building a performance, and I almost didn’t want to spoil any of it by giving it away.

What about other comedians. Was there anyone who had experience you could draw on and learn from?

I had somehow got myself into the position of ‘fraud comedian’, by that I mean I was hanging out with all the comedians coming through the Pavilion, yet I had never done it myself, so I had access to people who were far more experienced than I was.

Understandably we didn’t talk much about material or ideas, but with other comedians, if anything stand-up related, we would talk about the writing process or even the performance itself.

By the time I had even walked through the doors of the Pavilion for the first time I had already heard so much from professional comedians regarding their views and philosophy on the performance of comedy – through various media platforms – I already had a strong idea as to what being a comedian was, and – maybe more importantly – wasn’t.

Even having this advice it still sounds like the writing process is a very difficult and quite isolated process?

I was getting advice from people; some suggested practising the material in front of family and friends, others about how you go about writing, but mostly I rejected it and just kept working away at my material. I decided that I would test out what I was doing when I finally got to the stage.

The only advice I thought about was from a Jerry Seinfeld special where he said that he wasn’t interested in making friends or winning people to liking him personally, but rather, he would go on stage and offer his material to people and they could decide whether it worked or not.

So you didn’t start with trying to appeal to the audience?

I decided that I was just going to go on stage with the material that I had written. I had gone through the phases as I said earlier; Phase 1 was the ideas and Phase 2 was writing a more conventional set and finally I settled on a one liner orientation.

I wouldn’t say I was initially influenced by the Canadian one liner comedian Stewart Francis, but I did like what he was doing and as I worked on my material I found that the one liner approach seemed to suit me better personally.

Did you ever think you needed to test the material before your first performance?

I didn’t. As I said, I decided just to do it live.

Your first stand-up performance was at The Pavilion?

I knew the second I stepped up on stage there would be all sorts of elements that I wouldn’t have any experience of, or control over, but I just decided to back myself. I would experience, acknowledge, and move on with these elements when the time came.

I had rehearsed my material thoroughly, so I already had control over that variable. 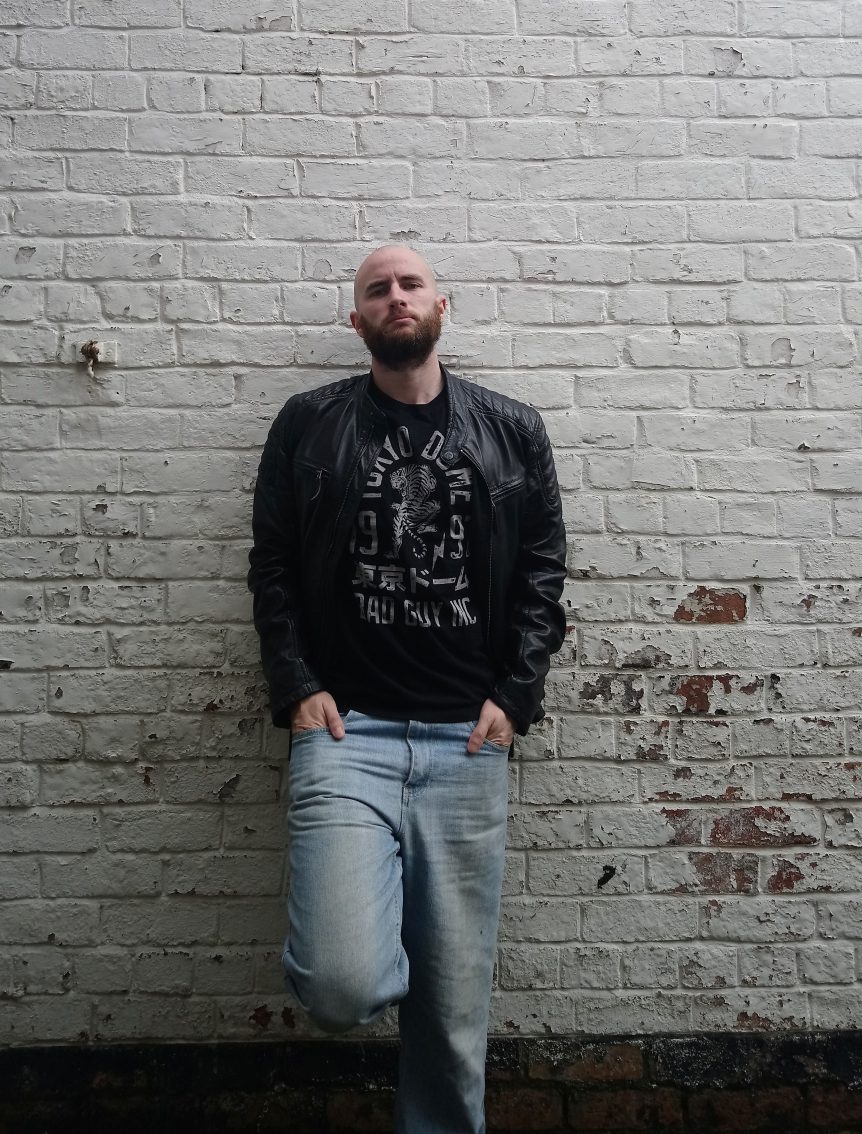 “I have a joke about fair pay, that only us men will get.”

“In case you were wondering, I am a natural red head. But only in the summer.”

“’It isn’t about what you do, or what you say; it is who you truly are that really matters.’ ~ Anonymous

“The evolution of conflict: The walk up on. The drive by. The internet.”

“I never tested well in school, I was described as effluent.”

How did you feel about your performance?

I thought that it worked quite well for me. I felt that my material was solid enough and that I was able to deliver it. Some people in the audience liked what I was doing and that was useful to get feedback on the work.

I’m desperate to perform again. I feel lucky to have the ability and opportunities to get up in front of people and perform. I can deliver the material that I write, and now I need to perform more.