How did you get involved in this particular art form?

I had been interested in what I found funny on television when I was very young.

I think it was unconscious in a way and I wouldn’t have been able to tell you why I thought certain comedians or TV shows were funny. I’d say it was more than likely just a natural movement to the things I laughed at as obvious as that sounds.

My mum always had Black Books on anytime it was airing and I thought that was great. Dylan Moran in particular I think played a big role in how the dialect of the material has unconsciously come out.

Did you see any local comedians?

I watched a lot of YouTube videos when I was that age.

In the early landscape of that site things seemed very organic and there was something really endearing about that shoddy-on-the-surface style, back when the 100 thousand views was astronomical. Barats and Bereta, Wheezy Waiter, early College Humour, etc. I liked how much love it felt like they were putting into everything and how much fun they were having. It felt like everybody was involved and you got to be in a community aside from mainstream entertainment, supporting your “pals” even though it was people you never met.

The only “local” comedian I had seen live was Jimeon, however I would say he did have a major impact on my interest in comedy. I saw him at the Edinburgh Fringe just past and he’s still as amazing as ever.

Any other comedians that you could say influenced you?

When I was much younger I watched a lot of George Carlin and Bill Hicks because I found it fascinating that people were coming to see the person and not the jokes, but as I got older I noticed that I was really looking for what I found funny, rather than that sermon-on-the-mount style. I love people like Todd Barry, Maria Bamford, Mitch Hedberg, Hannibal Buress, Steve Martin etc.

I found I didn’t watch other comedians that were very heavy politically, as there wasn’t much I would be laughing audibly at. I have tended now to look towards material which isn’t over-laden with commentary, but there are exceptions.At the moment I think Norm McDonald is the numero uno for me, I find everything he does makes me laugh without having to ponder over what it means.

When did your interest lead to a performance?

When I was 18 a friend of my father’s asked me to do a set at the Stendhal Festival of Art and I was quite happy to not do that but he wasn’t taking no for an answer and eventually I decided that I should try it out. I did that once and I then left to go to University in Dundee which stalled any drive to pursue it.

When I came back to Belfast I decided that I should try it again at least once. I had been writing material and I contacted the Cathedral Quarter Comedy Club page and from there I was put on to Graeme Watson and his promotional work with The Infinite Jest, and he offered me a slot at The Black Box. 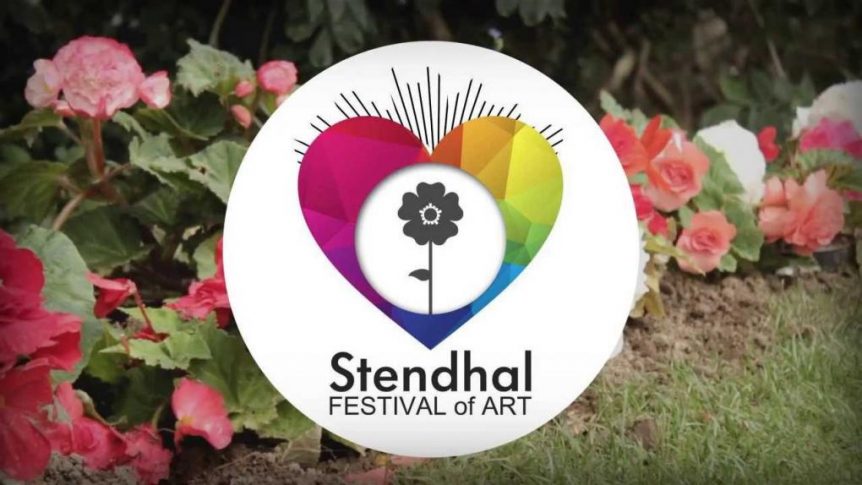 How do you go about your writing process?

I quite like phraseology and the vernacular of jokes.

I like to take areas of popular culture and then work on them until I can move from the concrete to the abstract and back again and then I test out what I have written against what the audience laughs at.

If after a few performances there are parts of the joke were people don’t laugh, I’ll gut those lines of the material from the set. I check the films or recordings of my material and see what works and what doesn’t work. 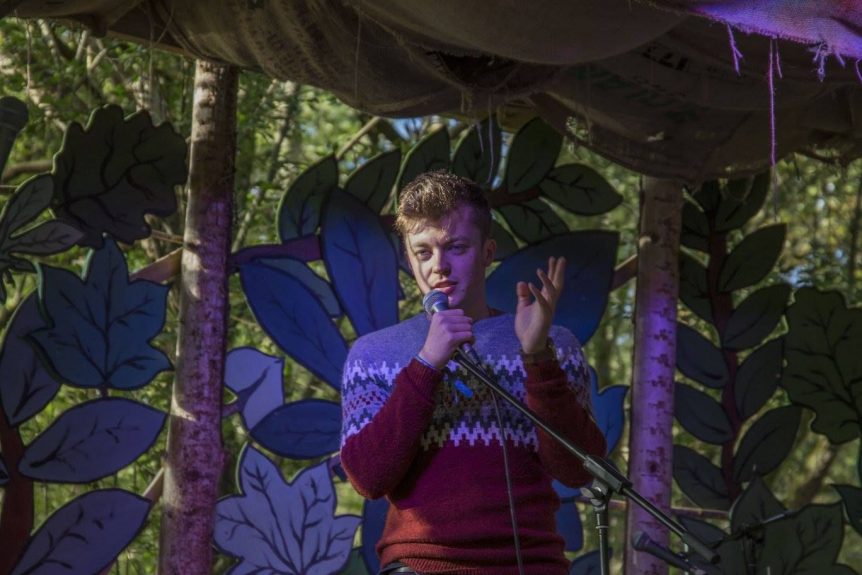 Isn’t that a risky strategy; surely audiences and the level of laughter that your material elicits must vary considerably?

I suppose it is, but I’ve only been trying this since May and I’m still a major amateur so this is strategy I have decided to adopt for now. I try to take a number of approaches. I want to find a way where I write in such a fashion that there is something for the audience to grip on to every 10 seconds.

I also want to try and keep all the material existing just beside the real. With the reality show show joke for example I was looking for the contradictions in what a “Come Dine With Me” contestant will say according to me i.e. what I have made them say in the material, and what people know Come Dine With Me contestants actually say.

I don’t really want to be a commentator; I’m not that interested in that particular style of comedy. For my own palette, commentary isn’t really what stand-up is about for me as it isn’t what I enjoyed personally, but it’s just different strokes for different folks, there are plenty of amazing ones out there. I like the idea of have nothing implicitly heavy about what I’m saying.

I want to offer an audience something that is real and then push it into something that doesn’t really exist, for example, what a contestant on a reality show like  “Come Dine With Me” might say, or what one of the “World’s Strongest Man” contestants might have as their rationale.

Another example might be when I was critiquing football. I want to let the audience know that I have no idea what I am talking about, because I don’t, while at the same time offering up a pretend-critique of footballer’s wages. Hopefully it comes off as me drawing contradictions of the real activity and the gap between what I might suggest has happened and what actually happened.

The main thing for me is to start with something I laughed at, work out why I did, then aim towards that and transfer it to the stage. 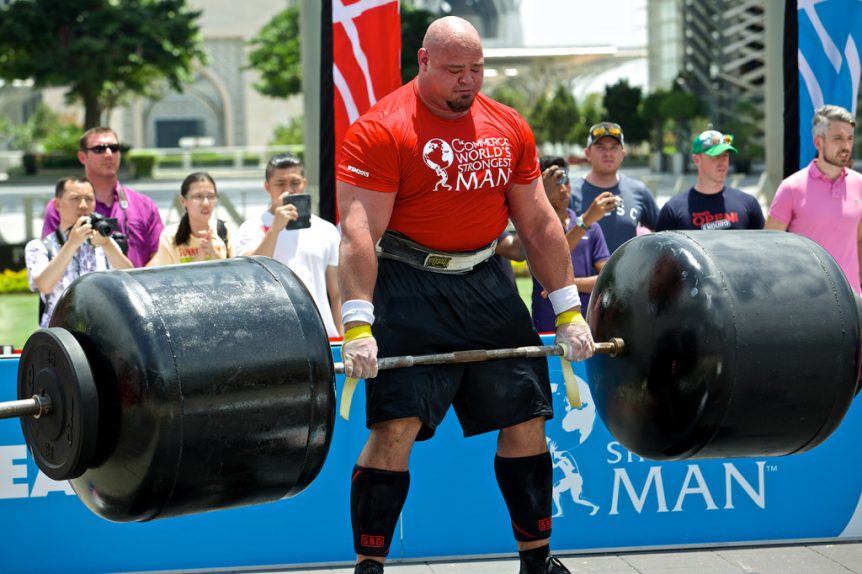 That sounds like it is very difficult manoeuvre to deliver successfully?

Maybe, I always try to talk up to the audience, because I sincerely believe I’m the dumbest guy in any room, even if the thoughts and ideas that I am offering seem like they rest in something outside normalcy. So I hope I’m making them feel like they’re on my team.

I feel that the question of relatability matters. An audience needs to feel like I’m their pal for the material to work, you don’t want to ever act like you’re aloof, especially when you’re just some nobody on stage like me.

I wouldn’t consider myself the kind of person that people would automatically relate to. I would say that I was more of an outsider at school and no less that as I get older. But I have to find a way to connect with an audience, so I do aim to make people feel at ease with the onstage presence.

I am still trying to search for my own voice amidst these aforementioned strides. I think my voice and my orientation has me trying to keep feet placed in my own ideas of what comedy should be while trying to make them laugh.

I have to connect the audience with me and then with the material, which will maybe come across as peculiar. 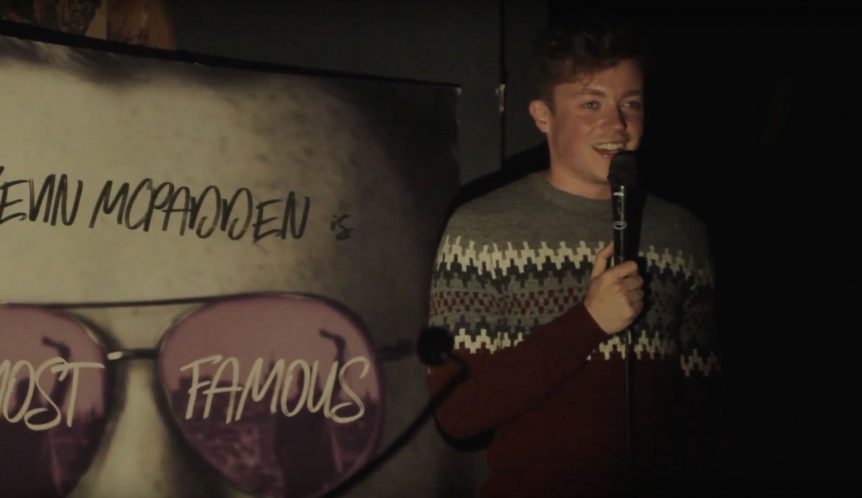 Is stand-up the best way to deliver your material?

I write the material, I hone it until it appears as if I’ve just considered the ideas at that moment to hopefully give the illusion of the first-time, I deliver it and then I edit it based on the audience’s response. I’m looking at it as a craft that I hope I can get better at more than something to identify myself by.

How would you describe your style?

It’s surrealist in some respects but I’m trying to still keep hands on making it easily digestible.

While I think I have my own ideological approach to comedy I am aiming to get the highest number of laughs that I can possibly get every time I perform.