In ‘Introduction To Poetry’, the former American poet laureate Billy Collins argues that good writing should allow the reader to “waterski across the surface of a poem”, enjoying the momentum of being emotionally propelled by the careful arrangement of metre, rhyme and imagery.

Collins also mentions how a good poem can be held up to the light “like a colour slide” or the glasslike pane of ice described in Robert Frost’s ‘After Apple-Picking’, allowing the viewer to see the world on the other side in a new and surprising way.

Last week, at the launch of the Poetry In Motion anthology in the Ulster Hall, there were many moments when the audience believed that they were waterskiing or peering through a colour slide.

It was at times a profoundly moving experience, not only because the wealth of talent on display was so deep and broad but also because these poems had been written exclusively by schoolchildren, both primary and secondary. 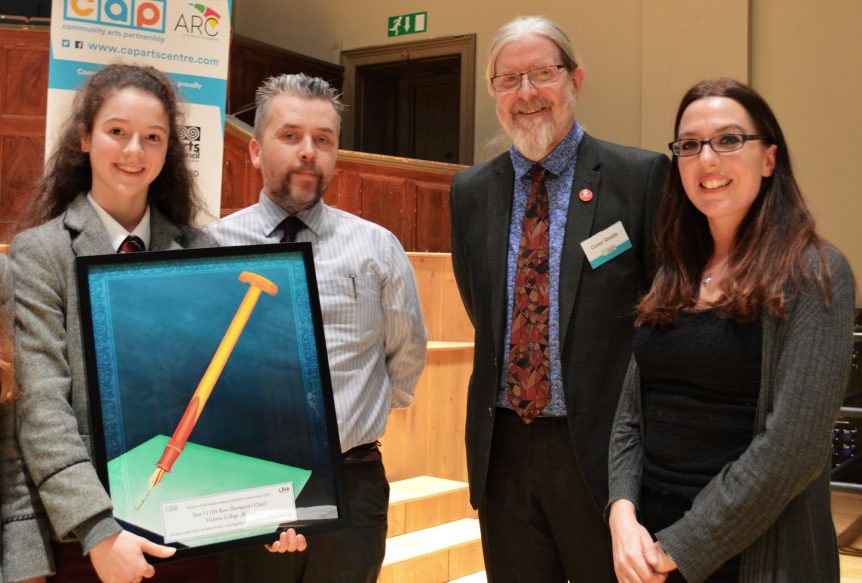 As a testament to the sterling work carried out by the kind people at CAP and their talented cast of facilitators, it stood as a remarkable achievement but again what was most resonant was that the resultant work had been dreamt up and formed into words by youngsters.

Furthermore, the fact that children of all ages were willing to get up onto the stage, the same stage previously home to artists as diverse as Charles Dickens and Led Zeppelin, and share their work so boldly, tugged insistently at the heartstrings from the beginning of the ceremony to its denouement.

If ever there was convincing proof for the argument that the Arts matter, then this was it: allowing children to find their “voice”, and in return be rewarded with affirmation, is a very special exchange.

The emphasis on encouraging participants to continue writing and to give them constructive tips on how to do so is at the heart of the Poetry In Motion project, and the fact that this was all carried out in the name of the great Seamus Heaney made it doubly special.

Poetry is a creative outlet, a vital form of catharsis and a force for good, and everyone who was present in the Ulster Hall – children, teachers and facilitators alike – caught a glimpse of that force.