Sandwiched between two sell-out shows as part of their nostalgia-laden tour of the UK, tonight’s turn by Nada Surf in Belfast’s Limelight barely drags more than 30 out of the comfort of their Sunday night pyjamas – this reviewer included. 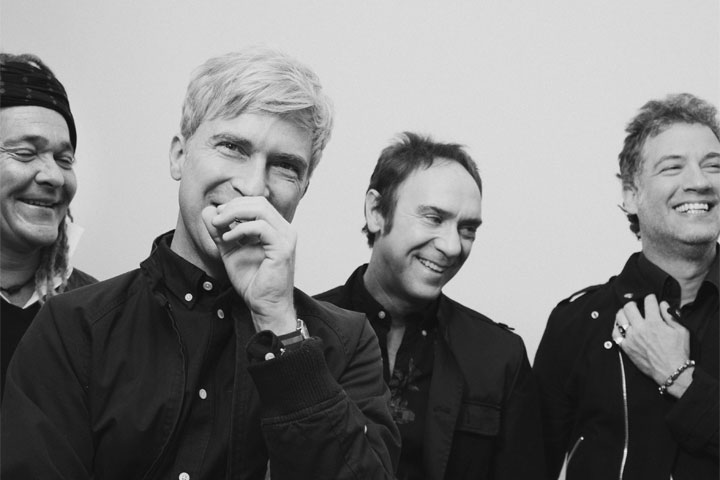 An upside is that, being a “schoolnight”, and being a later than usual show, the bar is clear enough for a baker’s dozen of misbehaved middle-aged teenagers to get steadily more lubricated and ambitious in their pirouettes, all courtesy of New York’s pre-eminent sanguine indie (indie?) rock (rock?) four-piece of yore. An arresting vista.

Another upside is that incessant chatter is kept at a minimum throughout the show; the people here are seasoned gig-goers. They’re here to be transported back to another time, perhaps another place. The sickly intermittent wafts of ale-stickied floor promise long-lost recollections, the buzzing feedback ringing through the stage monitors usher in familiar sensations. It’s comforting. It’s all very Proustian.

Demographics aside (we’ll approach this gently in a bit, he cackles), the premise here is simple: 15 odd years ago, the band released “Let Go”, a sonic manifestation of the Grecian phoenix, rising nobly from the ashes of its commercially and critically poor predecessor, which, at a couple of points throughout the evening and to varying degrees of bitterness, we’ll hear was due to some very uncool ‘suits’ from the band’s first, and of course former, record label. 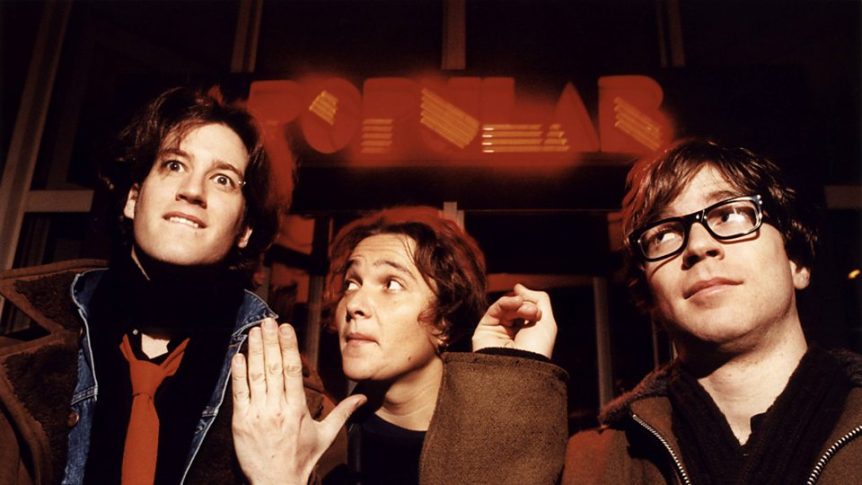 A brief period of odd-jobs and ennui followed on from Nada Surf’s departure from said stable, before Matthew Caws, Daniel Lorca et al regrouped to unleash on the world the record of a generation. And what a record! What a generation! What better way to celebrate! Here! Tonight! On a Sunday night! Hurrah we’re working in the morning!

Cabaret in set-up, two halves of equal energy and poise are delivered wholeheartedly to a swaying audience, with a well-placed interval – though short and sweet – to allow us to take stock of the deeply cerebral, faustian poetry we’re privy to here this evening. There’s really no need to go into specifics, Nada Surf are touring the album Let Go, and so they play every song on Let Go, and some covers, including a strange, yet actually quite wonderful medley of ‘Stalemate’ that bleeds into Joy Division’s seminal ‘Love Will Tear Us Apart’.

Who are these wondrous creatures? Standing before us, wise and elder, singing songs of sweet teenage romance, having a bit of a bad time in high school, and other such things? An encore follows. It’s a powerhouse trio of ‘Always Love’, ‘Blankest Year’, and, of course, ‘Popular’ – a lyrical tour-de-force of adolescent woe, delivered as diatribe with tongue firmly in cheek. It’s surreal, these accomplished musicians, singing a song about high school emotional politics, that was written 22 years ago, when even then they were actually in their 30s. And yet here we are, adults of varying age, nodding our heads with conviction and agreeing that this is bloody brilliant when it’s all a bit odd, isn’t it?

Don’t get the wrong end of the stick here, reader. Nada Surf play their instruments well, in time, and with passion. They sing well, having sung these same songs for a long time. The sound is crisp, which is a novelty for the Limelight, and the atmosphere is pleasant. It’s a pretty perfect gig all in if you don’t really like other humans. But tell me this, because surely it’s one of the greatest mysteries of our modern age, to whom do they owe their success?

Is it Satan? What did he receive in return?

Is it Wilde? What kind of hideously decomposed artefact in the Nada Surf attic is dealt the blows of time instead?

We may never know, but do try and catch them on the live stage if you can. It’s a trip.