The tragedy that has befallen Mexico is not a war in a traditional sense. It is not fought between states or governments, nor is it fought over ideology. This is a war between illegal profiteers and the rule of law, with the Mexican government battling drug cartels, some of which control great swathes of territory within the state. In a seemingly endless conflict, the result has been the ruin of hundreds of thousands of lives.

Issa López’s “Tigers are not afraid” thrusts us into the centre of this world, showing it through the eyes of the children caught within it. Through their experiences we come to understand the suffering, loss and despair that this war has brought upon them. 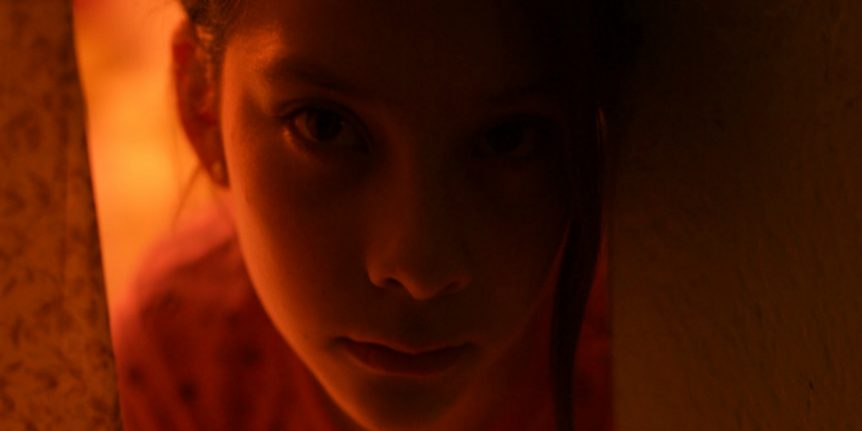 In the this first scene, we follow ten year old Estrella (Paola Lara) as she is granted three wishes in a moment of desperation, lying prone under her classroom desk while a gun battle rages outside. She returns home to find that her mother has disappeared, kidnapped by a local cartel. With nowhere else to go she falls in with the similarly orphaned El Shine (Juan Ramón López) and his gang of runaways.

From this point the film becomes a fairy tale with all the elements that one would expect: an orphaned child, a group of adventurers, an epic quest and, of course, monsters. But, in a show of effortless skill and craft, Lopez takes these elements and spins a story of loss, friendship and survival.

Much as in any fable, Estrella’s wishes do not come true in the way that she expects; for instance, wishing for her mother to come back only results in a nightmarish apparition appearing. Each wish only grants nightmares and unexpected terrors appearing.

The intertwining of fantasy and reality saturates every frame of this film. The orphaned children that Estrella meets and befriends live in a small rooftop shanty, lit as if it were a campfire in the wilderness. The gangsters hunting the children are not portrayed as people; rather they are bloodthirsty, single minded monsters.

Although the comparisons to works such as Pan’s Labyrinth and City of God are inevitable, the difference is that, unlike Ofelia and Rocket, the protagonists of those films, Estrella and her companions have nobody to guide them. They have to fend for themselves, the helpful and loving adults long dead or kidnapped, existing only in their memories.

The line between the imaginative and the magical is almost non-existent; the hauntings of Estrella by her mother’s ghost are as ambiguous as they are horrifying. In almost any other setting the magical elements would seem excessive, but here they are almost a form of escape, an explanation of the circumstances that these children find themselves in. 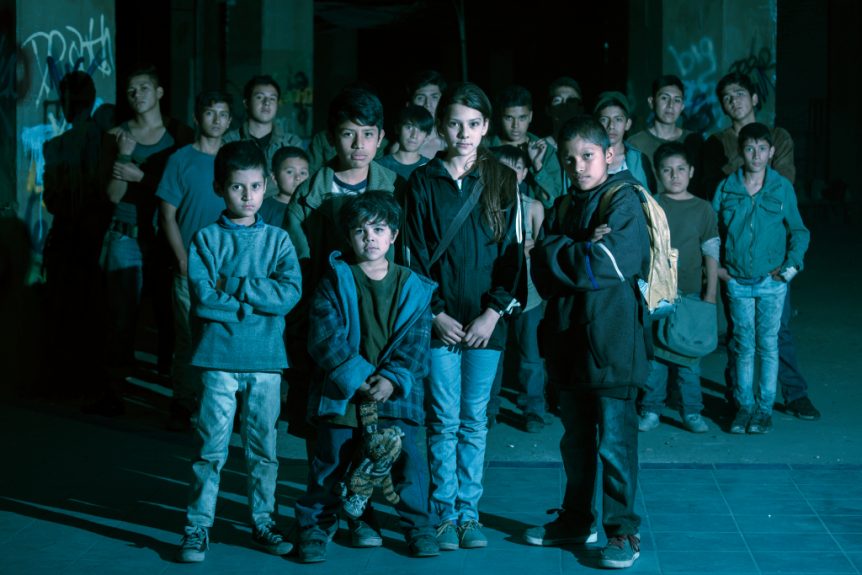 There is something truly refreshing about the interaction between Estrella, El Shine and his motley gang of orphans and runaways. The exemplary acting by the film’s young cast shows us children who have been forced to grow up quickly. This is something truly rare in many films child characters that act like real children. The elder remind the younger to eat their vegetables, they bicker, tell bedtime stories, sing and dance to pop music and, most importantly they take care of one another in the absence of any adults.

It is here that we find the brilliance of the film shining through. Contextually this is a film about the Mexican drug war, yet, aside from the opening credits and a few snippets of the films, this is never mentioned. The orphans know nothing about the drug trade; they only understand the cartels as bad people who kidnap women and the police as unconcerned bystanders. To them, only they can make a difference, defeat the evil villains and save the day.

While it could never be considered entertaining, “Tigers are not Afraid” is a truly wonderful film. Wonderfully acted, wonderfully made and wonderfully engaging and challenging; a testament to the power of film to evoke and inform.

Films like this are why I love independent cinema.

Thanks to the Belfast Film Festival for a reviewer’s ticket for this film.