My father used to say I’d be well off after he died. When the day came, all I wanted was his guitars.

Toward the end, I realised we were rarely close. He and my mum split up when I was a baby, and it was a loud divorce. In 1987 I was 14, and she took me with her to Ireland, having married Davy Rice from Ballymurphy. Growing up, I didn’t see my dad all that much, and afterward – even less.

We did spend some good times together. He taught me how to handle guns, how to fish (I hate fishing) how to take pictures, and when I was 11 he tried to teach me to drive. I reckon he taught me a great deal, probably because he just couldn’t seem to stop talking. He never tired of telling me (or anyone else) how hard he worked, especially after a few beers. I can still hear his slurred speech. Strange though, he never taught me to play guitar. In truth I wasn’t interested until I was 16. …

The full story can be found at the following link – leifb73.com/2018/05/13/my-fathers-guitar-became-a-symbol-for-mental-health/ 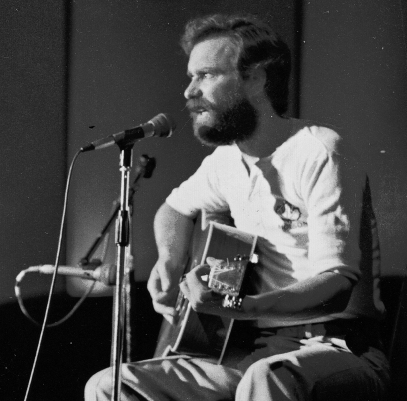 Dad and Harvey, his Martin D-28

Leif Bodnarchuk has been a guitar technician for 23 years. He’s toured extensively with Ash, Bloc Party and Leonard Cohen, and owns his own guitar & amp repair business in Belfast. Canadian born, he has spent half his life in Ireland moving back and forth across the Atlantic three times.