As someone who has spent the best part of twenty years looking at how the arts can benefit mental health and dispel stigma, it was wonderful to be able to go and see a top industry artist like Ruby Wax sharing her expertise whilst treating us to her comic genius. 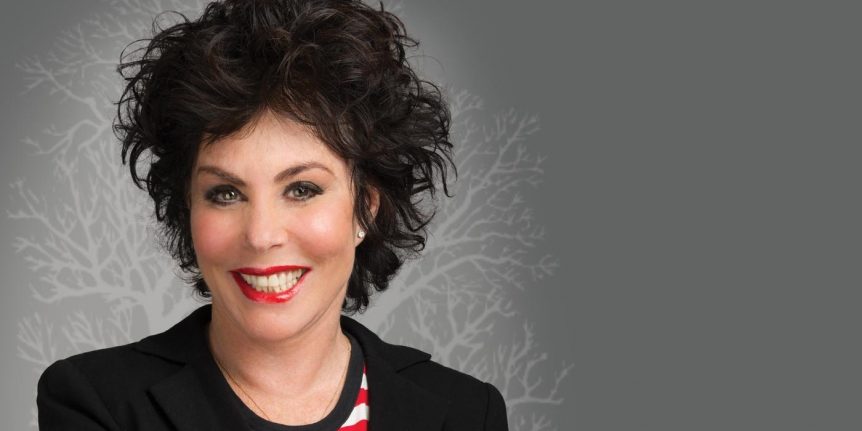 I am a social worker with specific training in using literature to support wellbeing and I have a keen interest in social inclusion and the extensive theory base underpinning mental health arts practice. I also have personal lived experience of mental health and have lived with the enduring pain of the tragic consequences of suicide in my own family circle. Throughout my life I have looked up to Ruby Wax as a funny and talented woman who holds no truck with mental health stigma and as I have gone about my work as a social worker supporting mental health this week, I have been sure to tell people all about my night out seeing Ruby Wax talk about mindfulness.

Tuesday night at the Crowne Plaza is probably a very pleasant affair at all times given the lovely surroundings, but this week Ruby Wax brought something extraordinary to the people of Belfast. Her Frazzled tour made it here in partnership with the mental health charity Mind Wise. The audience of mindfulness enthusiasts come Ruby fans were treated to an event which combined hard belly laughter with connecting with our senses.

Upon arrival, guests were able to engage with Mind Wise staff before taking their seats. The charity had a pop-up stand with the inspirational Japanese Proverb “Fall down seven times, stand up eight.” They were giving out leaflets on how to take up supports from Lifeline to life coaching. They were providing us with bookmarks and mindful colouring and even giving out sherbet dib dabs. The overall atmosphere of the event was completely devoid of mental health stigma. Whilst it recognised the challenges many of us face, those challenges were approached with a sense of strength and good humour. 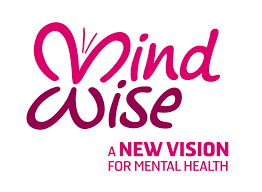 The first half of the evening was a laugh riot as Ruby told the story of how her work for Comic Relief rendered her ‘the poster girl for mental illness.’ She described how at one point there were posters with her image all over the tube stations in London with the slogan ‘1 in 4 people have a mental illness.’ Whilst we laughed at the absurdity of this, there was also a sense of the resilience of Ruby Wax as she brought positivity out of her own lived experience. 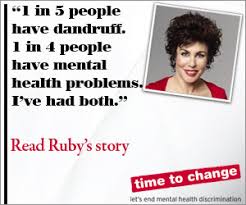 Prior to Frazzled, which brings humour and mindfulness to any audience, Ruby told us she had toured a more mental health specific show for a period two years in ‘mental institutions’. She described some details of her own mental health journey and spoke about the complexities of depression and bipolar disorder. She then shared her academic journey since she has now become an Oxford educated mindfulness expert, saying ‘Nobody was as surprised as I was.’

She also referenced her own complex therapeutic journey, saying, ‘I got my degree in psychotherapy just so I could figure out who’s been ripping me off.’ What emerged was not only the notoriously irreverent humour, which took the sting out of mental illness, but also a well-informed take on mindfulness unlike the approaches often seen in mindfulness events.

Ruby pointed out that the pace of life has become so fast that our minds are suffering. She likened the contemporary human mind to a computer with too many windows open, saying it is no wonder we crash. She suggested that stress can be a good thing, instigating change, but that humans have made things too complicated with all the multi-tasking, ‘Have you ever seen a gazelle smoking a joint and playing the piano at the same time?’

A Scientific Approach to Mindfulness

Ruby did not use a Tibetan healing bell or reference any meditative traditions. She grounded her mindfulness practice in brain science. At one point she read an excerpt from a scientific journal, saying she had stolen it from a scientist but she makes it sound better. She taught the audience about the function of the brain, how over stimulation can cause production of the stress hormone cortisol, causing critical thinking and distress. In order to balance this out, Ruby suggests we need to activate other parts of our brain by using mindfulness techniques. In a room which had been filled with hard laughter, we were guided through a couple of short meditations which connected us to our senses.

‘Literally coming to our senses.’

Ruby explained that we are so busy and ‘frazzled’ that we have become disconnected from our bodies and senses. She believes the strength of mindfulness lies in taking the focus of stressors and reconnecting to the present experience, such as the sound and sensation of our breathing, ‘literally  coming to our senses.’

The second half was a Q and A session and it was interesting to note that in a room mainly filled with women, Ruby said she usually attracts a predominantly male audience. She answered questions on mindfulness from practitioners on issues like the effects of social media (she thinks we can’t change it), the need for mindfulness in schools and the idea was put forward that mindfulness does not work for everyone. There was no arrogance in her approach and she did not set herself up as a healer. She came to us as a very comic woman with lived experience, sharing the learning from her journey as well as the scientific facts of what happens in the brain during mindfulness.

It was interesting to note that Ruby did not get drawn in to a question about the links between creativity and mental health, responding with a joke about how all performing artists are neurotic.

The evening ended with a question from a young woman with lived experience who said that when she tells people about her mental illness, some of them back off. Ruby asked her if she thought she would have been able to stand up and say that in room full of people five years ago. She affirmed the progress which has been made in terms of dispelling stigma and closed the evening with words of encouragement to the young woman, saying, ‘Sweetie, by the time you get to my age, they’ll be celebrating you.’

We have come a long way since the early stages of Comic Relief, wherein key figures like Ruby Wax did so much to deal with mental health stigma. This event highlighted the fact that we are now successfully pushing through stigma to get to the point where we openly acknowledge the need to manage our mental health. Ruby Wax used her comic powers to open up a very fruitful discussion by breaking any tension. She then educated us using her knowledge of brain science and mental health.

I walked away with lots of new ideas for supporting others, something I didn’t entirely expect. I have already put Ruby’s mindfulness exercises to good use in work and I am find that the accessibility of comedy as an art form opens people’s minds to hearing what Ruby has to say.

She is an excellent conduit of social change. When mental health practice combines with creativity like this, the sky’s the limit.