Borderland is the debut of playwright Andrew Doyle, known mostly for his work as a stand-up and as a co-writer of the Jonathon Pie character, and an impressive first play it is.

In Borderland, Doyle asks questions about the mythologising of violence in Northern Ireland and the way in which some members of the community cling to the tribal divisions of the past, rather than letting go of old wounds and living peacefully.

The title of the play has two meanings. It refers to both the setting of the production, which takes place between Derry and Donegal, and the mind-set of those Northern Irish people who are torn between two realities; one in which they commemorate those who fought and died for an ideal and venerate the combatants with talk of noble sacrifice, and one in which they choose not to glorify the trauma and brutality of The Troubles and instead move forward harmoniously.

Echoes of this violence hang over the play, and the legacy of suffering is never far away. As the houselights went down, a massive video screen takes us through the streets of Derry, sectarian graffiti daubed on its walls, presented in a hard, grey monotone over restless, eerie music. 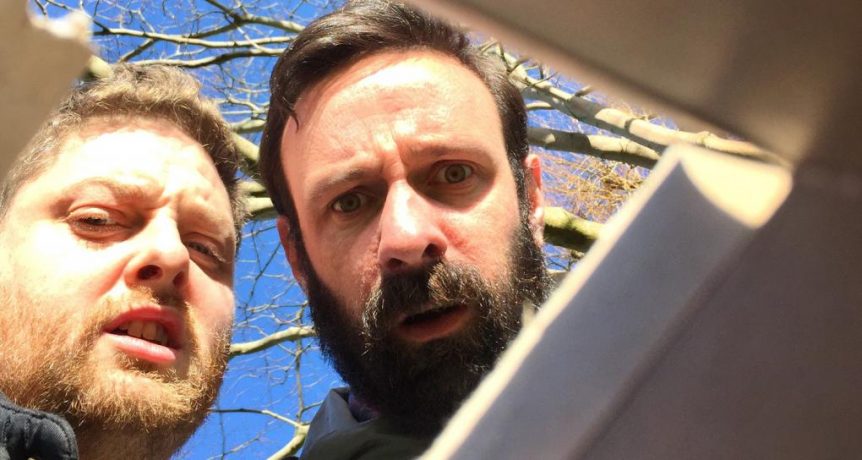 Most of the drama takes place in the small Derry flat of two brothers, Ciaran (Michael Condron) and Sean (Gerard McCabe), who make a meagre living running errands for members of the IRA, until they look inside one package and disagree about what to do with it.

They form a classic odd-couple double act; Ciaran is pensive and neurotic, a hypochondriac plagued by neuroses and phobias who is in the process of learning braille in case he might go blind, while the elder Sean is foul-mouthed and blunt, speaking in the vernacular, and only concerned with practical matters.

These differences in character are a source of comedy and tension, and offer ruminations on differing attitudes to sectarianism. Ciaran has no love or respect for any paramilitaries and is cynical about his home environment, which he describes as infected. Sean, on the other hand, reveres the Republican ideal, and is riled when Ciaran accuses him of living “in a wee box”.

But for their differing outlooks on the Republican movement, there is warmth and affection between the brothers, with Sean displaying genuine fraternal care for the fragile, fearful Ciaran, until their roles are poignantly reversed in one particularly potent scene. Save for a few lines with a somewhat flat delivery, Condron and McCabe delivered terrific performances as the only speaking actors, and give life to their characters, who could easily have become clumsy caricatures of political outlooks in lesser hands. 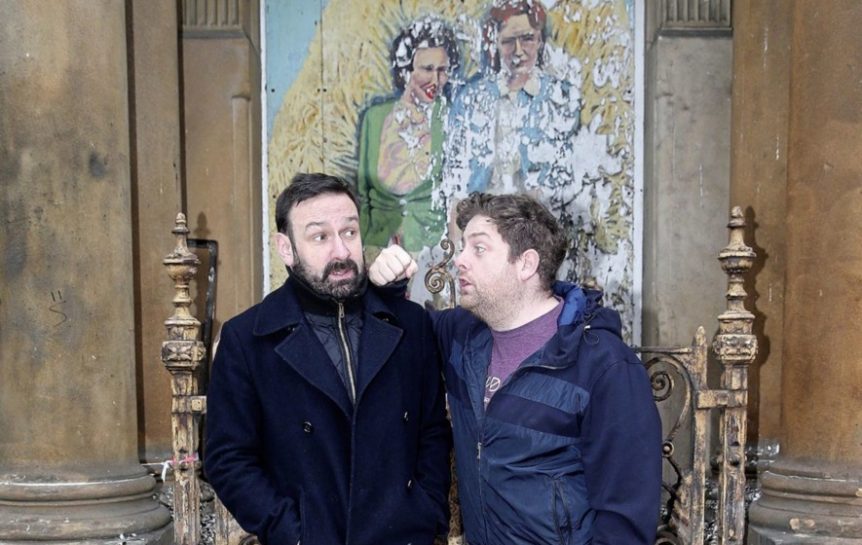 The staging was simple but effective. The boundaries of the stage were marked out with white tape, and the actors entered through an empty doorframe. The brothers’ flat was furnished with dilapidated but comfortable looking armchairs, homely lampshades, and dishevelled piles of books and magazines, in short, a perfectly believable home.

Changes of scene were marked by video clips on the video screen behind, and effectively propelled the narrative, while reminding the audience of the toxic miasma of sectarian bigotry as we repeatedly see republican graffiti on Derry’s walls.

I thoroughly enjoyed Doyle’s writing, which had intelligence and warmth. His characters were believable, and he seemed sympathetic to both sides of his discussion on Republican fighting, although I suspect that the pacifist Ciaran is the author’s mouthpiece.

Through the intellectual Ciaran, Doyle makes allusions to Greek mythology, with spoken references to the doomed King Oedipus and the Greek figure of death, Thanatos. Yet there are echoes of other tragic figures, as Ciaran shows traces of Cassandra and Pandora; like the former, Ciaran has dark visions and makes ominous premonitions which go ignored; like the latter his curiosity leads him to open a mysterious box, unleashing misfortune.

Doyle has thus placed himself among the pantheon of writers who use Greek mythology to discuss Northern Ireland; Michael Longley in Ceasefire and Seamus Heaney in Hercules and Antaeus or Personal Helicon.

The bitter, warlike Sean is an important foil; his lines are laced with an earthy, colloquial appeal, and when he accuses Ciaran of “doing it again… you’re disappearing up your own arse”, he is not only keeping his brother grounded, but the play itself. The pacing of the play is well managed, with the tension building to an exciting and dramatic conclusion.

My only complaint is that some of the characters’ actions struck me as uncharacteristic. When Ciaran opens the package, I don’t want to reveal what he finds inside, but he decides to reach inside and touch its contents. Would a permanently paranoid individual like him not worry about infections or diseases?

When the gruff, pragmatic Sean suspects that his brother has misgivings about delivering the package, what action does he take to ensure its safe conduct? He entrusts the delivery to Ciaran, advises him to wear waterproof shoes (“Are ye wearing them trainers? It’s teemin’ outside”) and remains at home. These actions struck me as a weak attempt at a plot device, as though Doyle could find no other way to escalate the action, but these are quibbles in an otherwise excellent work and minor irritations did not hamper my own enjoyment in any way, and there was no evidence that the audience found anything untoward either.

Borderland takes a sometimes humorous, sometimes dramatic look at Northern Ireland’s past and present, and I look forward to seeing what the writer and cast will accomplish in the future. 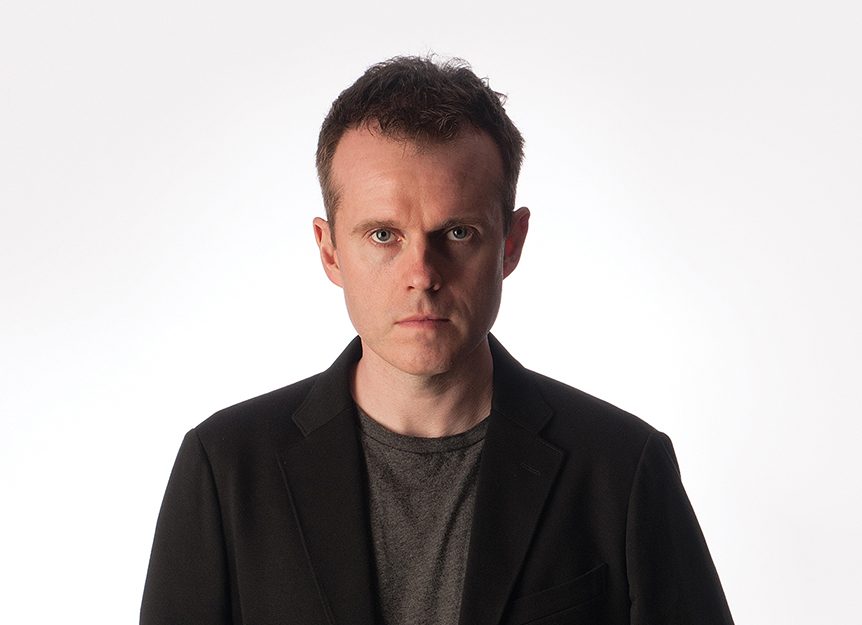