When we imagine period pieces there are certain stereotypes that spring to mind: courtly dances, Victorian sensibilities, stately homes or city streets lit by gas lamps.

Brian Friel’s “Lovers: Winners and Losers”, though far removed from the usual clichés can be thought of as period pieces. The twin plays are steeped in time and place, 1960’s rural Tyrone; a small, conservative world of dogmatic faith, strict cultural beliefs and tight-knit communities. 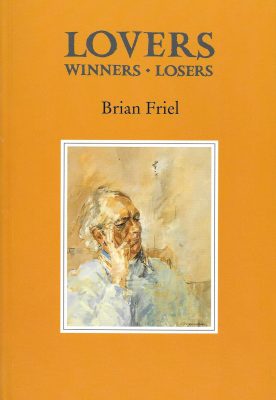 The first play, Winners, tells the story of a teenage couple who will be forced into marriage within three weeks due to an accidental pregnancy. On a sunny June afternoon they trek to a hilltop overlooking their school to revise for their final exams.

This simple premise belies the complexities which these characters; Joseph Brennan (Thomas Finnegan) and Margaret Enright (Ruby Campbell), known as Joe and Mag, have to face.

Joe, whose frustrations are brought to life vividly by Finnegan, as the father, is expected to provide for his new family. This means giving up on his dreams of attending university in England, settling down and working in menial employment at a local company.

Mag, in a fantastically energetic performance by Campbell, seems more optimistic, claiming that she “can’t wait for the future to arrive”. As the play progresses she does not wish to revise, preferring to smoke and talk to Joe about a scattershot of topics, from high philosophy to dogs. Joe only wishes for silence so that he can concentrate.

It becomes clear that these are coping methods, neither Joe nor Mag is ready for marriage or to raise a child. Rather, this has been thrust upon them. Mag loses herself in fantasies of the perfect future whereas Joe clings to his studies, his lifeline out of mundanity and the trap in which they find themselves.

On the stage floor, below the platform of the hill, sit two narrators (Abigail McGibbon and Charlie Bonner). While Joe and Mag provide imagination and fanciful hope for the future, these narrators stoically provide barefaced facts to the audience.

These range from the banal, the temperature of the day, to the ensuring, inevitable and tragic outcome of the day, anchoring the audience to reality. 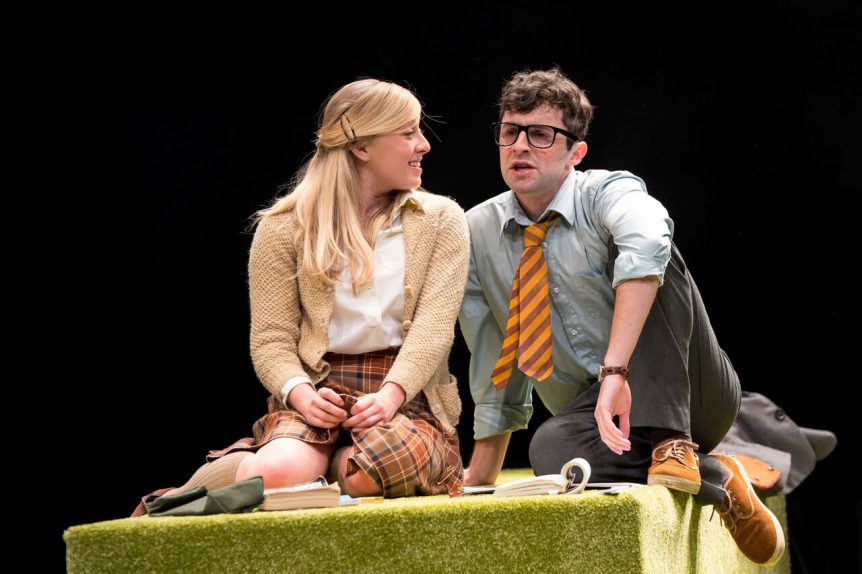 While this provides an engaging framework to the conversations between Joe and Mag, the play as a whole can feel overwritten at times. This is a somewhat minor issue, but there appears simply too much dialogue on display and one gets the feeling that the play should have ended at the sixty-minute mark.

Despite this, the stage direction provided by Emma Jordan, combined with Neil Martin’s haunting cello score creates a deep, immersive atmosphere which effortlessly draws the audience in.

In the second play, ‘Losers’, Friel changes perspective to a starkly different relationship; a courtship and marriage between a middle-aged couple, Andy (Bonner) and Hanna (McGibbon), both of whom bring a wonderful element of dark comedy, anger and frustration to their roles.

Societal pressure continually frustrates this couple, even after marriage, they are unable to escape the cloying Catholicism of Hanna’s holier-than-thou mother and her disapproving friend Cissy (Carol Moore).

The isolation between Hanna and Andy grows with Hanna seemingly unable to leave, or even appease her mother and Andy too afraid of loneliness to leave.

The play begins, and ends with Andy staring into the night, alone in his misery; with the only change being his resignation to a loveless marriage with Hanna. 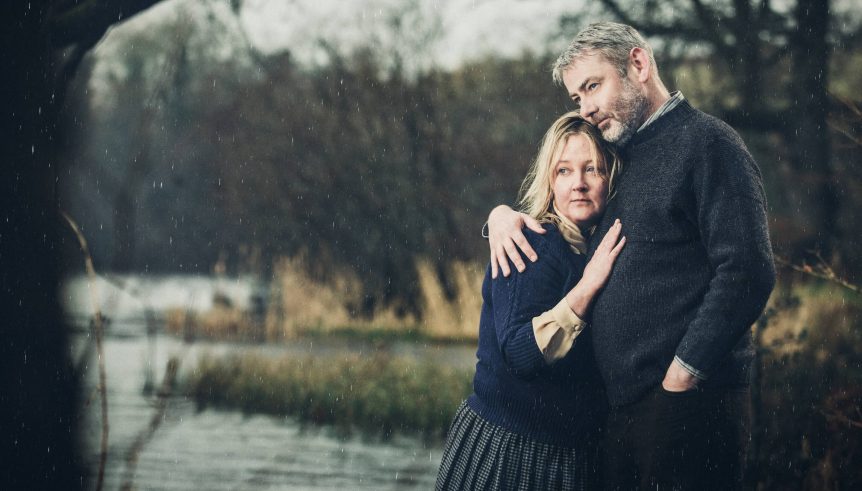 While watching this play I was reminded of a verse from Patrick Kavanagh’s work ‘The Great Hunger’:

He gave himself another year,
Something was bound to happen before then –
The circle would break down

This is the trap our characters have fallen into, an endless cycle of religious dogma, listlessness and isolation. But, unlike Joe and Mag, there does not seem to be any way out for Andy and Hanna.

It is important for contemporary audiences to remind themselves that, although this play is set a mere fifty years ago the world was vastly different. At Friel’s time of writing, rural Ireland was a far more restrictive and insular place, one that may seem somewhat alien to audiences today. It is taken for granted that support networks and assistance are available to young couples with far less social stigma. Unhappy marriages end in divorce or separation, rather than loveless couples feeling forced to live together.

These are period plays, that should be seen by all, wherever possible, despite ‘Winners’ being somewhat overwritten. The irony of their titles is that neither of these couples are neither winners nor losers. They are victims of circumstance, society and culture, whether they attempt to free themselves from their circumstances or resign themselves to their fate.

Seeing this play, offers perspective on how far we have come in opening up our society. Perhaps we should appreciate our lives a little more.