How did the Hip Hop Comedy Game show come about?

Last year we organised an event in the Festival of Ideas and Politics with the film “Together in Pieces”, which is a film about graffiti art, street art and the subculture around that art form. I organised a screening and a Q and A – Panel Discussion for the festival and it went very well.

We had made Together in Pieces, which was commissioned by the Community Relations Council, for a Northern Ireland audience but initially it had more success internationally.

I was delighted when the festival organisers asked me to put together another event this year, but instead of showing Together in Pieces again, I thought I’d screen another film within the Hip Hop genre, with an audience Q and A/panel discussion, but then I decided to do something a bit more ambitious.

The show was called “What has Hip Hop ever done for us?” and it was a four part tribute to Hip Hop culture in Northern Ireland featuring film, discussion, live performance, music, dance and comedy.

The event was hugely successful and was considered the number one must see event out of over 90 events at that festival by acclaimed blogger and Slugger O Toole columnist Alan Meban/Alan in Belfast.

You took that film, “Together in Pieces” to the United States?

We travelled to the US to premiere the film, we went to Washington DC, to the biggest Irish film festival in the US, the Capital Irish Film Festival and while we were there we saw another film by a Northern Irish film maker called Chris Eva.

His film was on breakdancing.  It was called “Bombin’, Beats and B-Boys” and he was documenting the people who were part of this scene that was going on during the Troubles.

When I was asked to do another show this year for the Festival of Ideas and Politics I thought, I will show Chris Eva’s film and I will get some break-dancers involved, breakers or B-Boys, as they refer to themselves, and then for whatever reason I decided that I wanted to do something which would connect people who were involved in this subculture.

The aim was to connect people on a number of different levels. I always think that anything we can do locally to make connections, given the level of division that exists in our society, is vitally important.

So, I came up with the idea of a gameshow which would investigate hip hop culture. 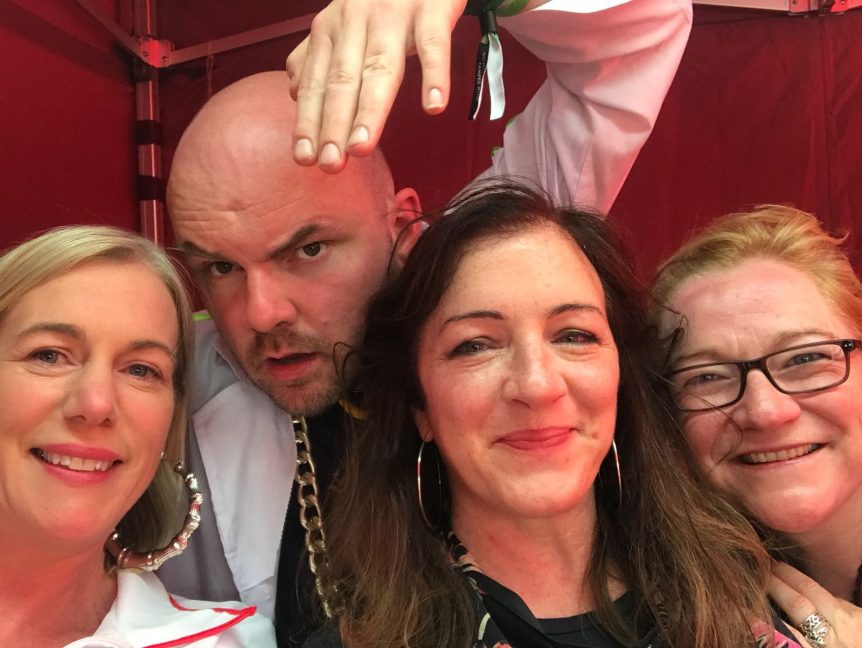 How did you come up with the concept?

I had become immersed in the culture of Hip Hop when I was in America. I was in New York, Harlem as Together in Pieces had been selected for the first ever Hip Hop Film Festival, which was a huge honour.

I met and spoke with a lot of people who were central to Hip Hop culture. I could see just how life changing Hip-Hop was and being at the place where it emerged had a huge impact on me.

That fascination continued when I came back home. I started to learn a lot more about what had been happening here and found that there were plenty of people who were into Hip-Hop locally, but it really was underground. I decided I wanted to bring it to a more mainstream audience.

I gave the Gameshow concept a lot of thought and decided to conduct surveys on people’s thoughts about the genre and the culture. I got people filling in survey questionnaires in Derry and I started to compile the data.  I collated the information from those questionnaires. I was able to start to develop questions from that information.

The game show asks all sorts of questions, they can be quite humorous or straightforward but the main aim is to examine stereotypes.

Name a word that rappers use to describe the police

Name a drink that is associated with hip hop

I have a lot of data from Derry, from Belfast and just recently from the Body and Soul Festival, where the Hip Hop Comedy Gameshow was given a slot on the Bulmer’s Stage.

How has that worked?

There are two parts to the Gameshow The first part is The Hip Hop Empathy Quiz. We pick teams from the audience and they compete for prizes. So far it has worked extremely well.

I have introduced characters to the show, there is a Hip Hop doctor – most recently played by Rory McSwiggan. And for Body and Soul I had three Hip Hop Nurses. 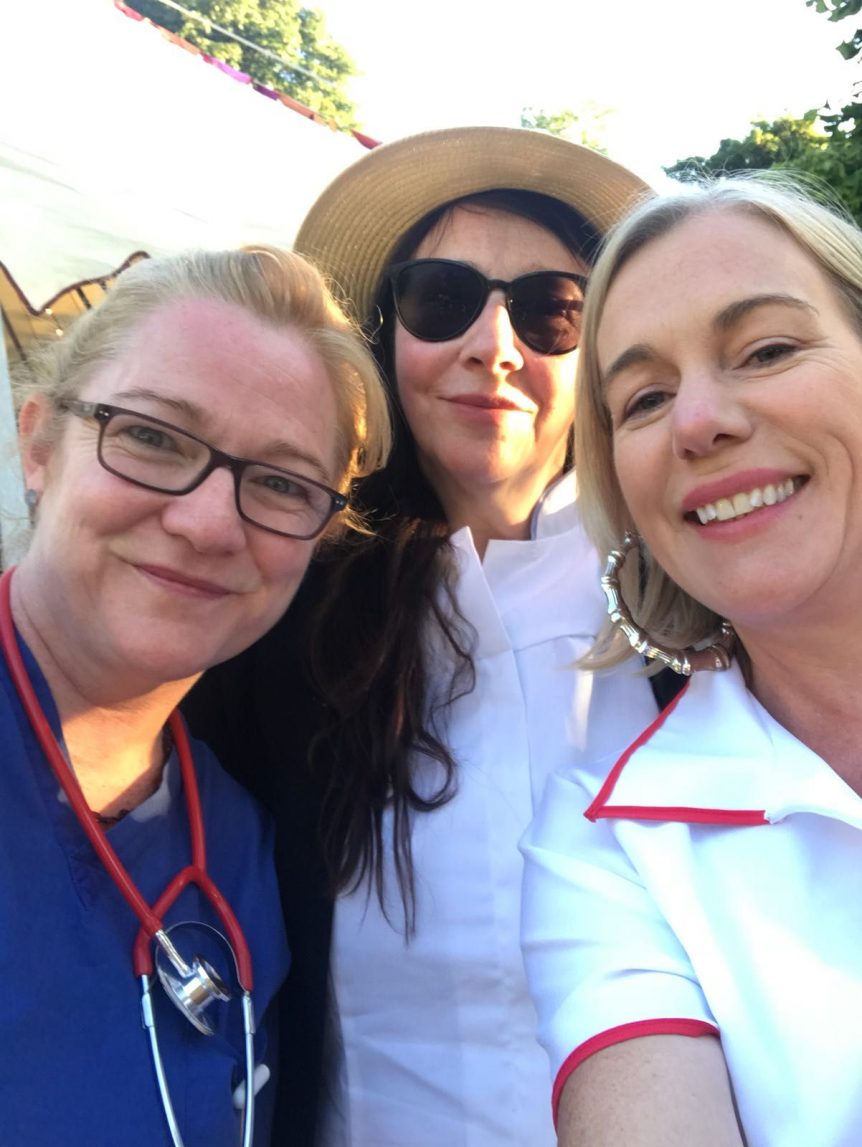 Well it is based on data collection and it is based on people’s knowledge and in a lot of cases prejudices regarding Hip-Hop so with that as the bedrock I can innovate continually. The framework is open to re-interpretation.

With regards the Gameshow there are also no ‘right’ answers. I take all the data generated by these questionnaires and then pick out the top categories for each question. This is then used to make a quiz for the audience.

We form a couple of teams from audience members and then the different teams have to guess what the top answers are. And if they are not able to guess, we ask the audience, so it’s really interactive and everybody gets a chance to win a prize.

Another fun element is that all the answers have been generated from the public in one particular place so this is where the question of empathy comes in. The audience at Body and Soul had to guess the top answers, but to do this, they had to put themselves into the minds of someone from Derry and try and imagine what they would say.

There is also something called Hip Hop Bingo which is part of the show?

After the quiz element in the show, audiences play Hip Hop Bingo. Our comedy medic, Dr Hip Hop, comperes the show, dispensing both urban medical advice and some amazing (and in some cases inappropriate) prizes. We have managed to get some sponsors who provide the prizes.

One thing that’s very important is that the show is constantly changing and evolving with all the new data generated by the questionnaires.

I keep all the data sets separate, so I have data from Derry audiences, Belfast audiences, Body & Soul audiences etc. I also change the questions that are asked to keep it fresh.