What brought you to Northern Ireland?

I came to Northern Ireland originally as an intern as part of my communications and marketing degree. I study in France and I am here working with the Department of Communities historical environment division. I work on promotion of the historic environment, actually historical monuments, through social media. 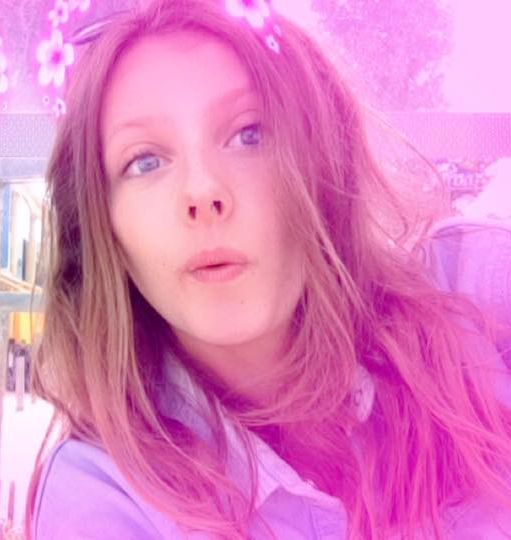 And you are a musician?

Yes, I play ukulele and I sing.

What got you started in music?

I started singing in a choir in primary school and that lead me to singing in a gospel choir at high school. When I joined the choir initially this lead me to singing all the time. I would create shows with my sister for my parents. I think singing with a choir is really good for developing your abilities to hear sounds. You have to work hard to blend with other people and that helped me learn how to work with other musicians.

You play the ukulele?

I wanted to improve my musical capacities and so I started to learn guitar, but I found it pretty difficult when it came to covering all the strings with my fingers to play chords. It just didn’t come easy for me and so I looked around for another instrument to learn.

I was subscribed to a musical forum on the internet and they were talking about the ukulele and I saw the instrument and thought it looked more proportional to my size. I’m not particularly tall. It also looked quite funny. I bought one and I learnt to play by watching videos on Youtube. It worked out and I found it easy to learn and my voice seemed to fit with the sounds of the ukulele. 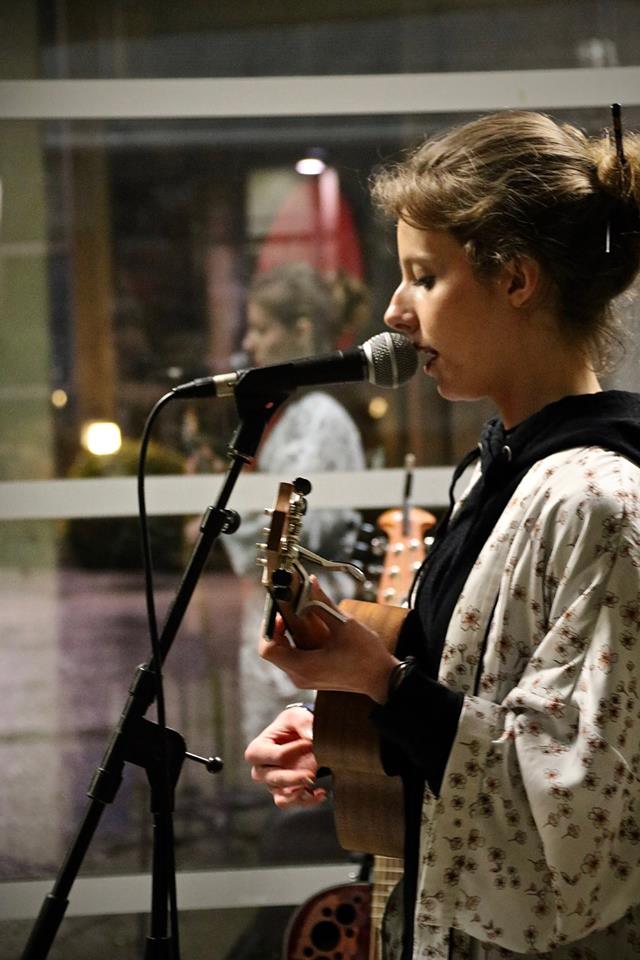 What happened after that?

I looked for a band to play in and in the small town I lived in; I lived in the Vendee region of France in a small town called Sainte-Gemme-la-Plaine and it just so happened that there was a band looking for a singer and we started to rehearse each week.

You write songs as well?

Yes. When I was in the band they asked me to write songs because we had a few songs from the guitar player and we needed more material. I started off writing about a Youtube series which had as its theme a person who would travel back in time to try and prevent catastrophes. That was a good place to start because that series inspired me.

I also wrote a new song when I arrived in Northern Ireland. I had so many interesting feelings when I arrived here, not really knowing anyone and I’m young, I’m 19, so I was away from home, I’d left my family, and I was in a new place that I didn’t know a lot about. 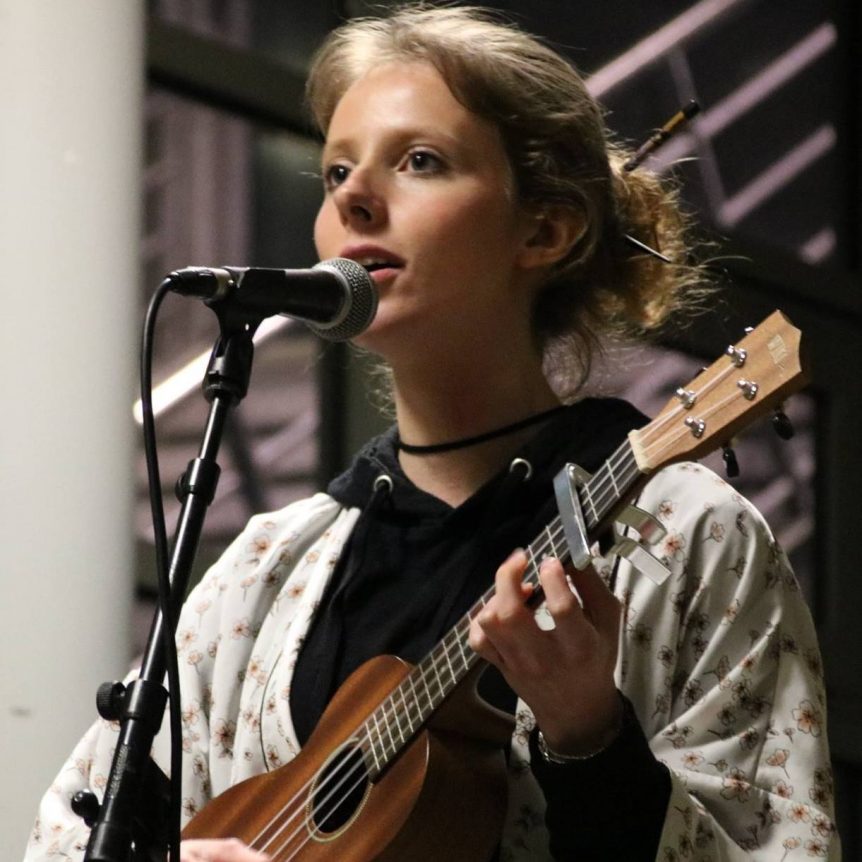 Do you write a lot of songs?

Well, I like to work from inspiration and so I want to make sure that I don’t do it in such a way that it feels like work. I don’t write a lot of songs but I write when I’m inspired to do so.

You sing in French?

I write in my mother tongue even though in France we would tend to want to sing in English because it sounds cool to us. I write in French and I have performed locally singing in French and I was happy that it was very well received.

I also volunteer at the Oh Yeah Music Centre so I get to touch base with local music and so far I have enjoyed my time staying Northern Ireland. I am hoping that I can organise to come back and work here after my internship and my degree is completed.