“We Like It Here”, written by Jonathon Daley, takes a reality-bending look at the dynamics and frustrations of life in rural Ireland: the family dynamic viewed through a skewed, surrealist lens.

As I took my seat I surveyed a perplexing scene, with more and more being revealed as my eyes adjusted to the gloom: a ramshackle wall of wooden boards and pallets; bare light bulbs casting a meagre, amber glow, feebly contesting with a single stage-light casting its penetrating beam through swirling veils of smoke (while other lights lay dormant, yet poised within the darkness); and various household objects; a stool, a teapot, and a man’s belt hung unassumingly from the wall. And around it all, a long track of soil, as wide as a tall man’s stride, enclosing the set within a triangle, like the site of some shamanic ritual.

Within this strange space was an actress, fussing over the soil and creeping about the stage, before assuming a place behind the wall from where she inspected the structure and peered out at nothing.

From the seats behind me I heard someone jokingly quip; “Maybe she’s not even in the play- maybe she’s the joiner!” This remark I found to be strangely prescient, as the act of establishing a sense of identity would be a key theme in the play. 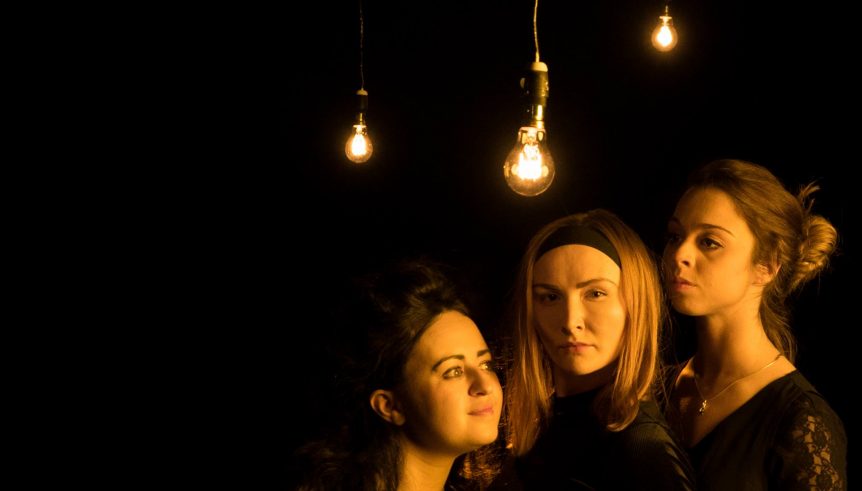 The action revolved around four main characters: three unnamed sisters, and only identified in the programme with numbers from youngest to eldest, and a police man investigating the disappearance of their father.

The interactions of these characters take place, for the most part, in the front-room of the family home. However, with changes of lighting and music, and a disconcerting tendency to pull clothing from the encircling dirt, the cast performed changes of time, place and persona.

These transformations were often sudden and unpredictable, with the characters themselves sometimes struggling to keep up and disputing the accuracy of their impersonations (“Daddy doesn’t say thank you, let me be Daddy”). The effect was sometimes comedic, often unnerving, but always intriguing.

The cast did a wonderful job of imbuing their principal and secondary roles with life.

Adele Gribbon, from her first impression playing in the soil, is endearing as the youngest sister, engrossed in the fictitious Ballyarbey in which she lives. Gribbon is also captivating as an old culchie woman named Mrs. Donnelly, bearing advice and succour for the frustrated middle sister, played with pathos by Maeve Smyth.

She is less sure of her place within – and the very existence of- Ballyarbey, and rebels against the conventions and beliefs of her siblings. Smyth’s character looks outward rather than inward, and at one point gives a memorable, striking monologue in which she rails against the banality of life in Ballyarbey.

Mary O’Loan plays the eldest sister, a domineering, controlling tyrant who exerts an unyielding authority over her younger siblings. Parading the stage in a black crown, O’Loan radiates a convincing air of menace and power. 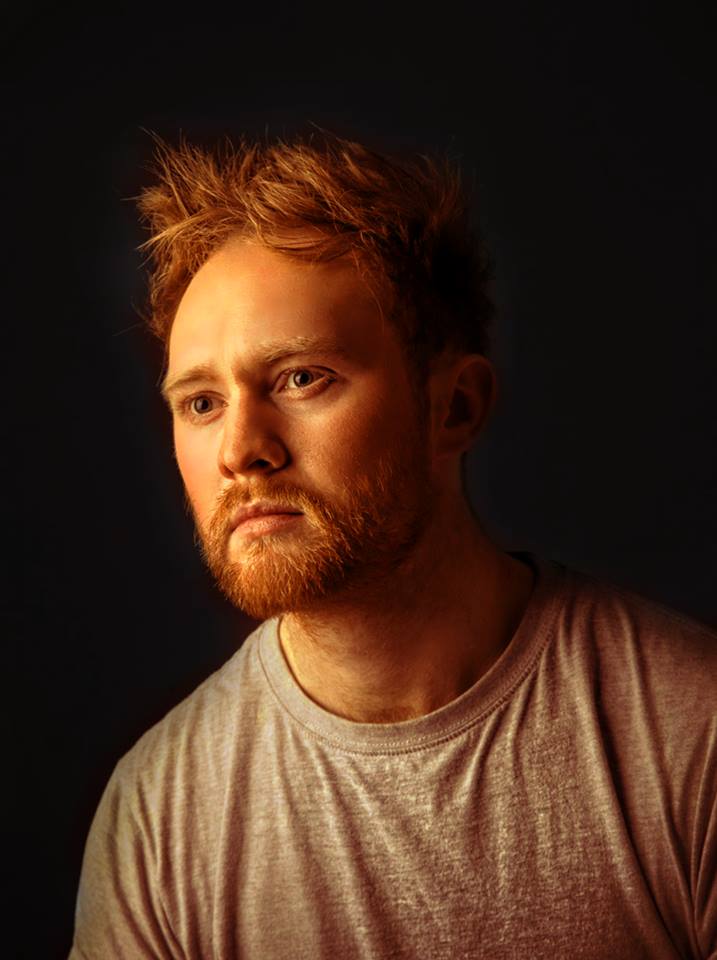 Cailum Carragher plays Thomas, the policeman investigating the disappearance of the girls’ father, and also the love interest of Maeve Smyth’s middle sister. Despite his commanding physical stature, Carragher’s police officer does not convey a strong sense of authority and his visits to the sisters’ home feel less like a detective conducting his investigations and more like a postman running his errands. This may be intentional, however, as Thomas often seems as befuddled as the audience by the quick-changing world of Ballyarbey with its shapeshifting realities and rotating population, though he himself is one of its instruments.

In one particularly chilling scene, Carragher dons the belt which symbolises the sisters’ abusive father, becoming the dreadful patriarch, towering over the cowering Adele Gribbon, only to seem drained and depleted by the act of metamorphosis.

We Like It Here is a well-written, well performed drama, wrapped in layers of intrigue. I’m sorry that I only caught its last showing, given the chance, I’d gladly watch it again.