The 9th of September is World Suicide Prevention Day and one of Northern Ireland’s leading mental health organisations, Inspire Wellbeing, has been encouraging people to support an initiative using the symbol of the empty chair to mark the loss of those who have died by suicide and to show solidarity with those bereft as a result of suicide.

That image is effective in its poignancy and for those with a focus on mental health and anti-stigma, it may also bring to mind a seminal artist in the mental health arts arena, Vincent Van Gogh and his powerful painting “Chair”. 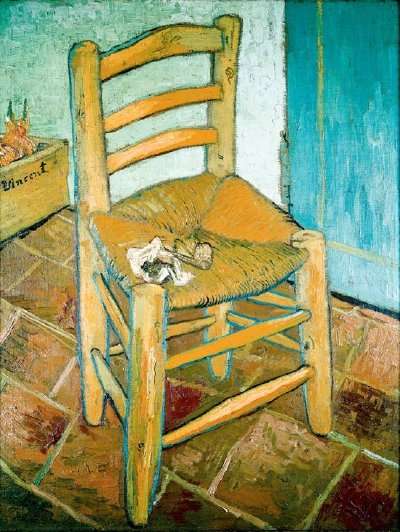 Vincent Van Gogh was born in 1853 and led a very influential life marked with the pain of mental health. Despite this, he became a renowned artist and his paintings can be seen in prints and copies all over the world.

In 2017 a specialist unit for people with mental health issues requiring nursing care, was built in the greater Belfast area and the reception of the building was designed to house a huge Van Gogh frieze from floor to ceiling.

Over the long years since Van Gogh’s death there has been considerable interest in his story, both because of his artistic work and because of the discussion surrounding his act of self mutilation when he cut off his ear. There is also interest in his suicide. 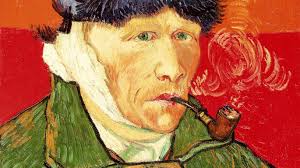 Van Gogh exchanged a lengthy correspondence with his younger brother Theo, with whom he clearly had a close relationship and we are able to gather some information about him, as a complex, intimate and reflective human being, through that correspondance.

This balances out the very dramatic image of the man we receive when we focus only on the incident with his ear or on the nature of his death. Many people feel that the intimacy and empathy of the man can be detected through his art and there can be a haunting poignancy in his paintings, particularly his self portraits.

Van Gogh’s choices seem to convey an awareness of human suffering. Rather than giving us a representation of the high end of society, he gives us people working in the wheat fields, the thorns on a bloody rose, sunflowers wilting. Perhaps Van Gogh’s suffering gave him a deeper insight into humanity. One particularly striking image he created was of prisoners exercising. The image of the one man among the crowd looking in our direction is particularly striking. 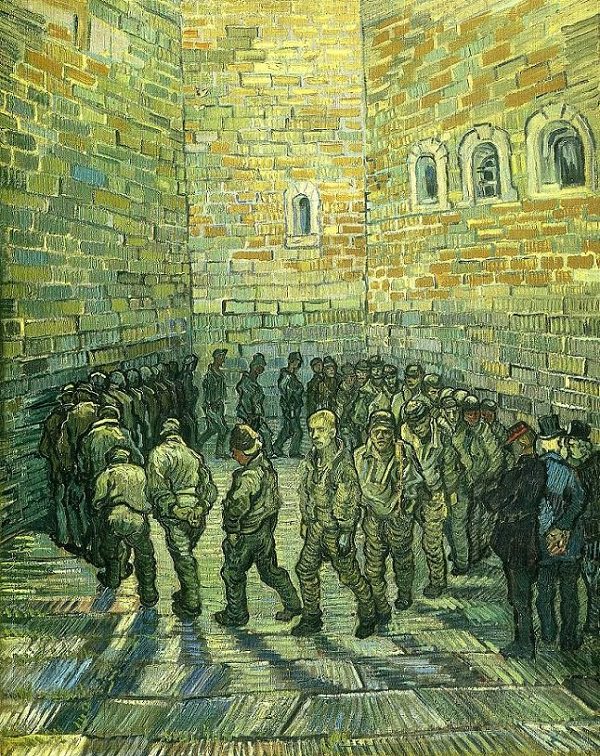 Van Gogh’s works have empathy and compassion, they reflect much of the human condition. Here we see the suffering of a man in despair at the end of his life. Juxtaposed to the empty chair, this work has considerable impact.

In recent years, interest in Van Gogh has not diminished and the 2017 film, “Loving Vincent” was a genuine labour of love, with classical painters being favoured over animators in a moving representation of the artist. One of the most well known responses to Van Gogh is the Don McLean song, “Vincent (Starry, Starry Night)”.

This song begs the Vincent question with the line ‘This world was never meant for one as beautiful as you.’

It reflects that those with mental health issues are commonly unheard, ‘They did not listen, they’re not listing still. Perhaps they never will.’

This concept is key for mental health artists, since those of us with lived experience are possibly left with no choice but to face the Vincent question ourselves. Do we choose to live in the world where there is stigma and disenfranchisement, or do we go the way of Van Gogh?

Thankfully, there are many positive mental health voices to be heard at present, like the voice of Inspire Wellbeing’s call to solidarity. There are also movements to create social change regarding mental health, such as the Mind Pride movement, which was encapsulated within the somewhat controversial Mad Pride. 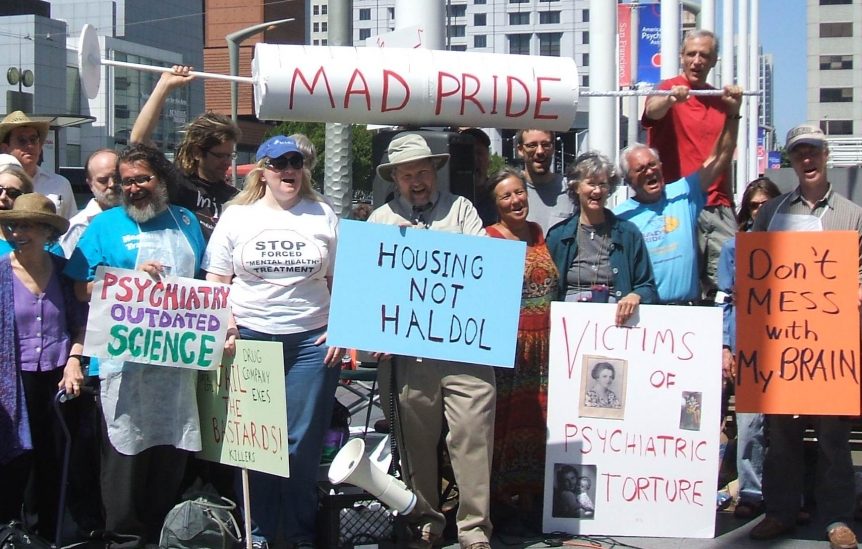 At the core of this question is, do people with mental health problems take on a social model of disability? This model takes the stance that it is society, not our condition, that disables us. This can be applied to mental health stigma. By taking this view, which is possibly detected in the raft of empowering disability arts organisations in Northern Ireland, we can answer the Vincent question with courage. We can say that instead of bowing out, we can change the world around us by raising awareness and dispelling stigma.

It is reported that Van Gogh may have had bipolar disorder or some other major depressive illness. It is clear that the incident of self harm where he lost his ear was preceded by several incidents of distressed behaviour. These can be conceptualised as the symptoms of a progressive illness, just as chest pain is a symptom of heart disease. We do not have to dramatise or stigmatise this matter. Mental health is just that – health.

Van Gogh died at the young age of 37 after shooting himself in the chest. He did not die instantly from the bullet wound, but rather developed an infection and died days later with his beloved younger brother at his side. We can equate this tragedy with the experiences of many families in Northern Ireland, with recent reports stating that we have an epidemic problem with regards suicide.

It is very troubling that this issue is not being dealt with via the provision of much greater funding. 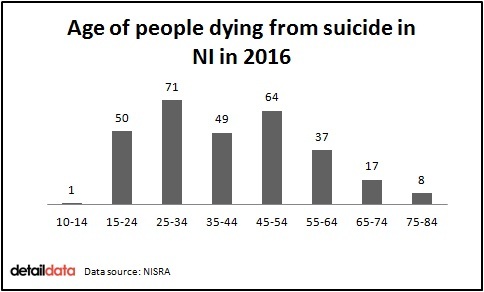 In light of the sheer humanity and enduring cultural relevance of Van Gogh, it is helpful to frame him as a poignant and reflective artist who suffered an illness which sadly could not be controlled by the medical advances available in his time. He is the man who gave us lasting images of real people, who did not turn his back on the human condition, who loved his brother and painted flowers. He is the creative who has gone on to inspire so many works, the dreamer who gave us the starry night.

Van Gogh is no caricature of a mad artist, he was a complex and fascinating man with a significant place in artistic history. 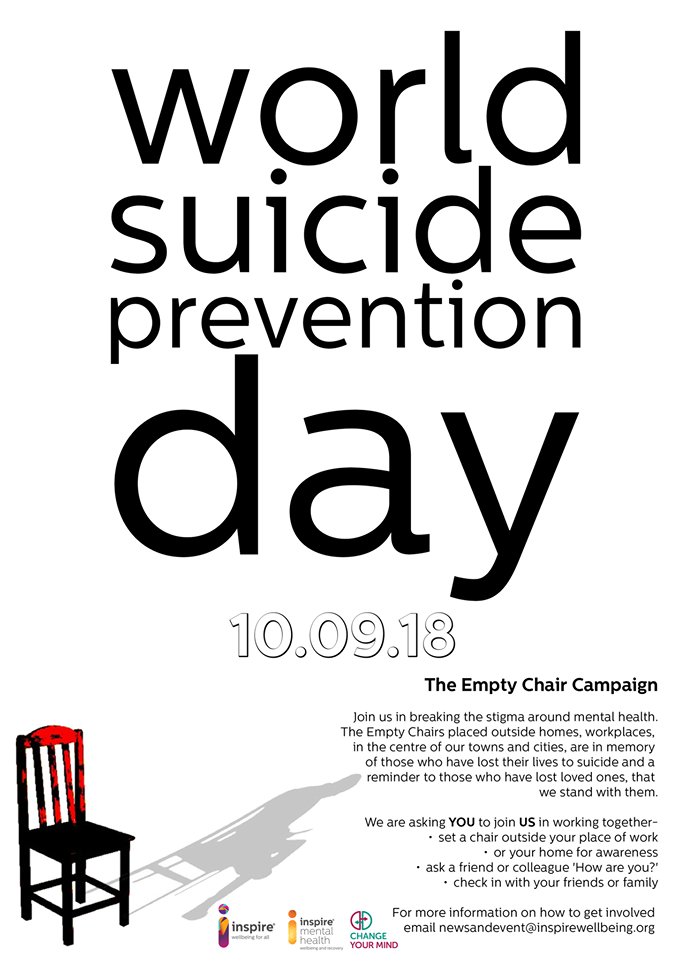