Where do you come from originally?

I am originally from India. I was born and brought up in the capital of India, New Delhi. I came for a holiday to the United Kingdom, to Birmingham, to visit my uncle, in 1976 during the hottest British Summer in many years.

My family went on a trip to Europe and we had a wonderful trip. It was a real adventure. 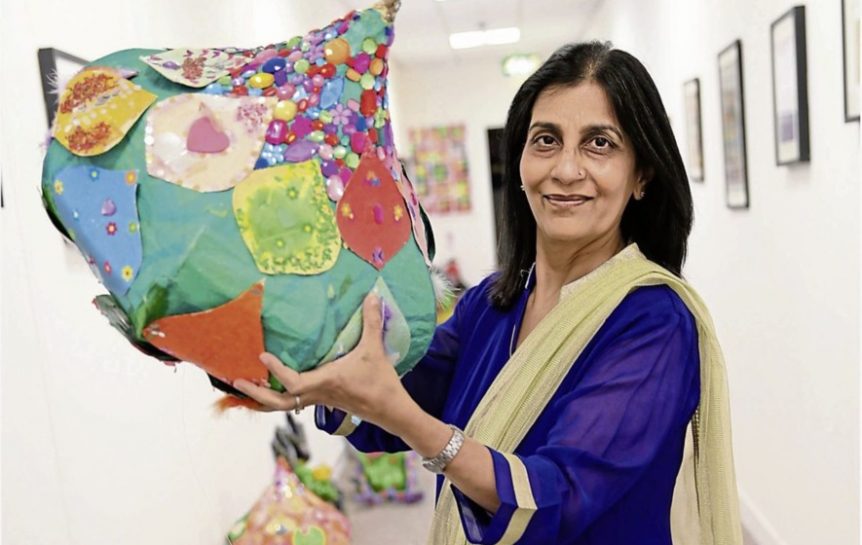 And how do you end up coming to live Northern Ireland?

There were cultural traditions which tended towards arranged marriages during that time and so there were things organised in the background; I really wasn’t aware of what was happening.

A proposal came to my family in 1977 for me to marry a young man who lived in Northern Ireland.

What were you doing in India at that time?

I was studying at the National School of Drama in New Delhi. I finished my studies and then the proposal was put forward and accepted. I was told that I would be marrying a man who lived in Northern Ireland.

There really wasn’t an option to refuse given the cultural sensitivities and practices at that time. You just didn’t say no to your grandparent’s and parents ambitions for you.

Did you have ambitions to put your studies into practice?

Very much so. I was a very good dancer. And I was an actress, so I expected to forge a career in those disciplines.

And you leave India to arrive in Northern Ireland at the height of The Troubles?

Yes, and we really didn’t know very much about “The Troubles”. We were told that it only happened in certain areas and it wasn’t anything to worry about.

How did you feel when you arrived here?

I can remember arriving in Northern Ireland, and it was lashing with rain, pouring from the heavens. My other recollection was that it was heavily militarised and it seemed very bleak.

I was taken to one side by the security people and asked a series of questions and then I was taken to Omagh where my husband-to-be’s family lived. Omagh was a tiny little town in those days.

I stayed with my in-laws and it was quite a shock to the system given the substantial differences between the size and scale of the city I grew up in to where I was now living.

What happened to your ambitions regarding your artistic career at that point?

I received my qualifications in the post from India and when that came I started going to various places to see if I could find work.

At that time Theatre mainly took place in community settings and I did think there were certain places that seemed culturally vibrant; West Belfast at that time came across to me as somewhere where there were community hubs with lots of cultural activities.

I approached the BBC and they weren’t interested. There was very little theatre work available so I couldn’t really use my talents at that point in time.

We moved to Belfast and I ended up working in a florists on Donegall Pass. Actually the flower industry was very big then, much bigger I think than it is now.

Did you have any cultural connections locally?

Not really. My sister in law lived here, in Belfast, and there were probably around 50 Indian families who lived in and around Belfast.

Food was very much meat and vegetables, sausages, bacon and potatoes. It was very difficult to get spices, or Asian fruit and vegetables. I would get things sent to me from Birmingham. 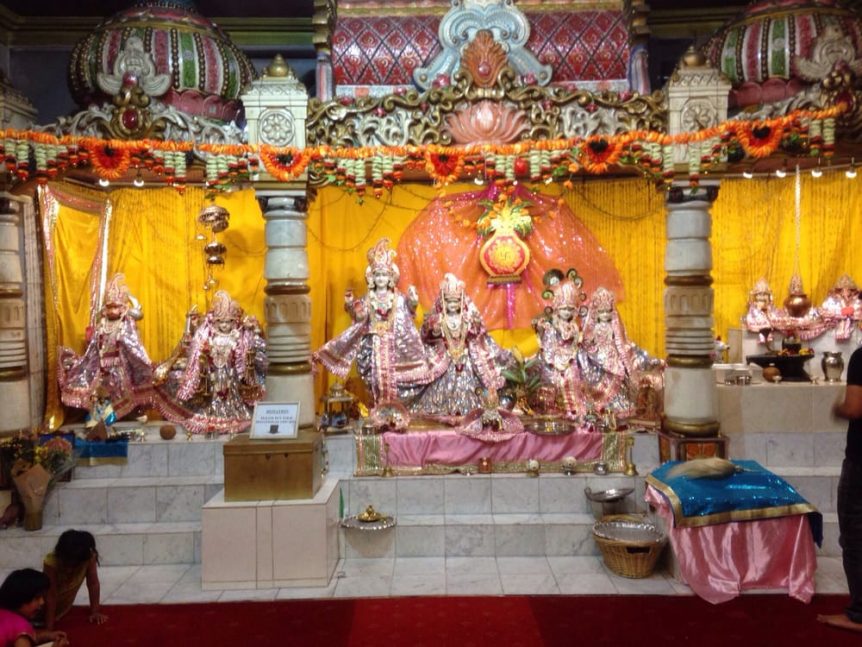 What did you do while the changes were slowly taking place?

One of the things which happened was that Indian families would get together and would bring over an Indian movie and then go to the Strand Cinema and we would all watch a film together.

We would make a day of it and there would be food and activities for the children. There would have been ten families who would have got together to make the food and the other families would come later.

The Indian Community Centre opened up provided an opportunity to preserve and extend our cultural links. There were dance classes and other activities to allow young people to make a connection to their cultural heritage.

I did all the work in the Centre on voluntary basis and there was a Japanese Indian Dance teacher Kimiko Othani from Queens University who with me taught the children dance and drama skills.

There was also the Multicultural Resource Centre where I worked alongside a wonderful Malaysian lady, and we would go out to community centres.

Did you find work eventually?

I couldn’t use my degree and I knew that had I stayed in India I would have gone on to have a career in the film industry, or theatre or in TV. That was very frustrating.

I didn’t experience racism directly, I think you could say I experienced institutional racism in the sense that I would be told that my degree was not recognised. And I simply couldn’t find an avenue to use my skills.

I still needed to find an avenue to both use my creativity and get paid for working.

All of a sudden I was offered a TV opportunity doing Indian cooking and Cultural activities.  I was doing cooking classes in community centres. 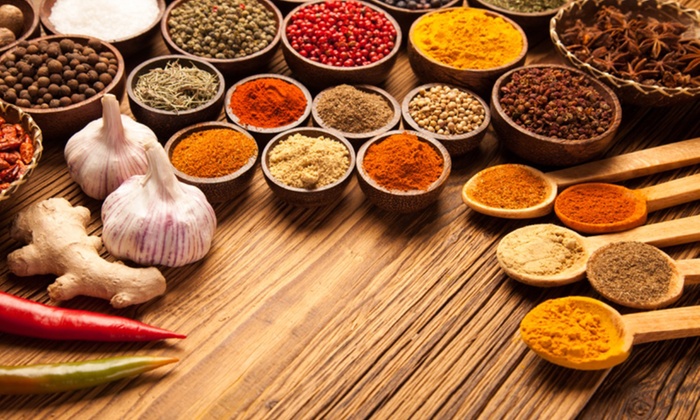 This is still all well before you set up ArtsEkta?

Yes, well before setting up ArtsEkta. I had a cookery school which was always full up, sold out all the time and it was very successful. This is still well before Indian food became a staple of people’s diets.

I feel sometimes that I started too early, or I was too early to take advantage of the changes that came much later.

I also felt that I was looking forward to my next adventure. I did open up a restaurant in Finaghy and that just didn’t work. I lost a lot of confidence when that business venture failed.

But I still meet with the lovely people who learnt Indian Cooking from me. I can very proudly say I was given the title by these lovely people, the Madhur Jaffery of NI.

I worked in the Indian Community Centre which I always thought was a beautiful place. I did a lot of arts development work while I was there. We produced a drama there, “From Bollywood to Belfast”, with Tinderbox Theatre and there were other activities as well.

I worked with many of the local community organisations during that time. We worked on cultural carnivals and on cultural exchanges. 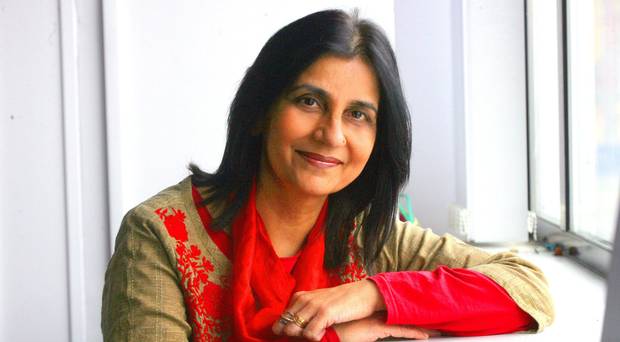 This leads you towards establishing ArtsEkta?

I was starting to think that I could make a contribution to developing the new Northern Ireland.

I had really come almost full circle back to my original love of arts and culture and the peace process was really taking off.

I thought that there were lots of new immigrants coming to live in Northern Ireland, there was the already settled population of immigrants who had arrived during the Troubles and we have our indigenous communities.

Around about this time, 2004-5, Belfast was named “the race hate capital of Europe” and I was thinking that with my background in the arts, connecting that with all the work I had been doing over the years, that we could set up an organisation that promoted cultural diversity using the arts as a bridge between communities.

It is quite an incredible journey?

My journey was always connected to arts culture and heritage and I wanted to help to create an atmosphere of harmony rather than discord.

I wanted to establish an organisation that would build on the strengths that I had developed over the years, that would help immigrants avoid some of the pitfalls that I experienced, and of course I wanted to make a positive contribution to life here.

ArtsEkta, the organisation that I lead now, was established in 2006.